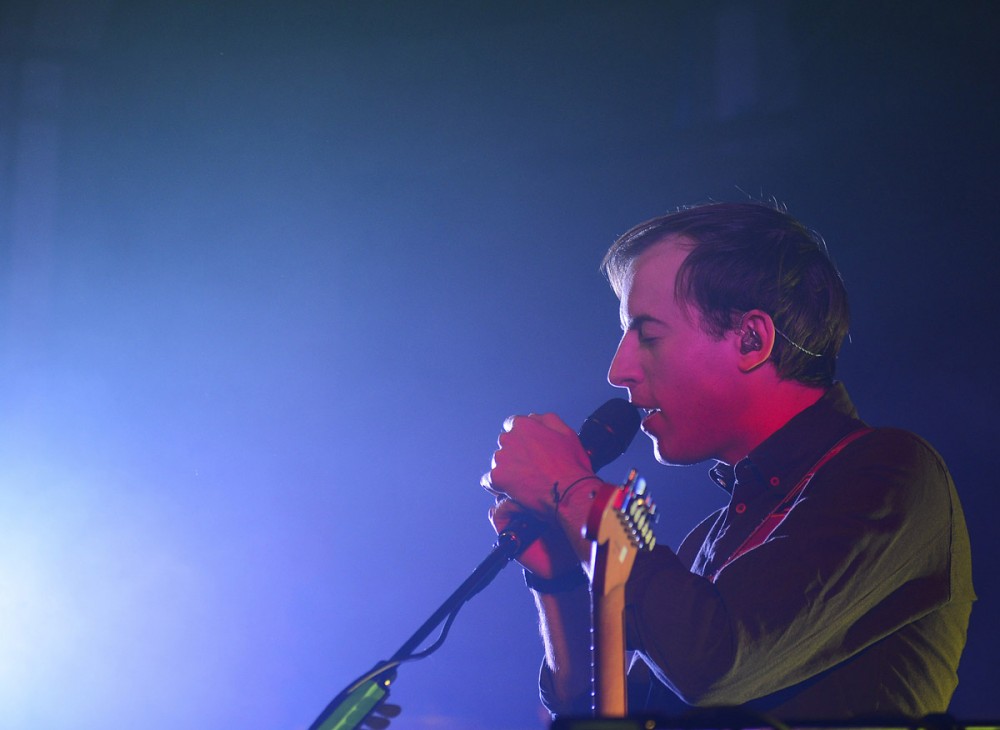 If there was one thing that the audience could take away from last night’s Bombay Bicycle Club concert, it’s that only listening to music on a superficial level often leads to misconceptions about a band.

For instance; few who take a cursory listen to Royal Canoe, the opener for last night’s gig, might realize that the ensemble always uses two drummers in their songs. Fewer still would realize that through the chaotic beats, thumping bassline and warbling vocals, they’re masters of their craft, transitioning from time signature to time signature at the drop of a hat. The music itself was slightly lackluster, overpowered by the strong percussion and a voice modifier on lead singer Matt Peters that sounded like a childhood microphone a la “Toy Story.”

When Bombay Bicycle Club took the stage, it was nearly the reverse effect. Having what I thought was a firm understanding of their new album “So Long, See You Tomorrow,” I strapped myself in for relaxed dream-pop that would highlight Jack Steadman’s airy voice — a soft lullaby to tuck the audience in for the night.

The English sextet was not prepared with its warm milk, however, and dashed all expectations with a head-banging garage band persona.

For having such a calm and demure new album akin to Vampire Weekend collaborating with Alt-J, the band blew the crowd away. Explosive crescendos and flashing strobe lights defined the night, assisted by beautifully abstract images playing across five circular screens above the main stage.

Beginning with “Overdue,” the opening track of their new album, Bombay Bicycle Club followed a clear progression. Warming up the crowd with a dancey pop track like “Shuffle” and then transitioning to a more haunting “What You Want,” both off their 2011 release “A Different Kind of Fix,” the group seemed determined to hit every major music style before ending the night. By “How Can You Swallow So Much Sleep” I was won over by sheer charisma and can still feel the cataclysmic bass.

The collective also played the intimately quiet “Eyes Off You,” which would have most appropriately been met by dozens of lighters, but was instead approached with a reverence from attendees that verged on superstitious.

With that muted stillness out of the way, Bombay Bicycle Club was able to jump right back into their rowdy coveralls, bringing back psychedelic vibrations when Liz Lawrence took over the microphone for “Home By Now.”

Ending the night on an expected encore, the band pounded out the new album’s iconic “Carry Me.” Both light show and image projectors were used in an anarchic harmony that refracted off the bouncing locks of group members as they headbanged into the night. Certainly not what was expected out of the show, but welcomed all the same.