Both Gophers men's and women's cross country teams will conclude the season in Terre Haute, Ind. 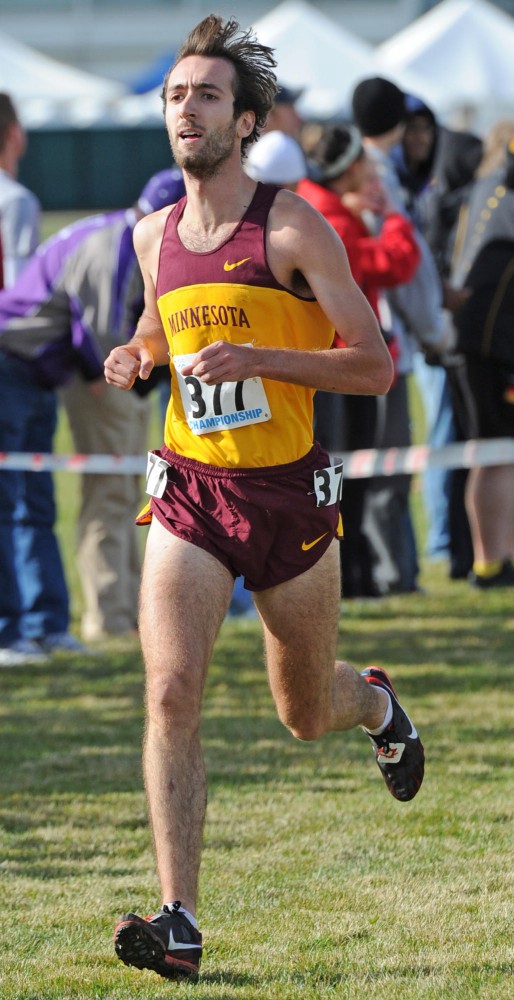 ItâÄôs been a long, obstacle-ridden season for the Gophers menâÄôs and womenâÄôs cross country teams, but both groupsâÄô seasons will conclude Monday at the NCAA Championships in Terre Haute, Ind.

Minnesota is familiar with Indiana StateâÄôs course, as it has made an appearance in the national meet in 14 of the last 16 seasons. That experience should help the team Monday.

âÄúWeâÄôve been there so many times, so there are no surprises to anybody in regard to what the course is like,âÄù menâÄôs head coach Steve Plasencia said. He added that historically the course runs faster than others.

Minnesota is coming off a fourth place finish at the NCAA Midwest Regional last weekend in DeKalb, Ill., where All-American Hassan Mead captured the individual title.

Regardless of the results from last weekend, Plasencia said the national meet will be a dissimilar race.

âÄúIn the regional, a lot of people are trying to do as little as possible to advance through,âÄù Plasencia said. âÄúIn [the national meet] with the depth of talent, itâÄôs the race of the season for every top guy in the country.âÄù

Mead is one of those top runners, and Monday will be the final race in his illustrious career with the Gophers.

Plasencia said he is confident that the pressure will not affect his All-American throughout the race.

âÄúOf course weâÄôve talked about the fact that this is his last cross country race for Minnesota,âÄù Plasencia said. âÄúThereâÄôs a little bit of extra emotion in there, but I think that Hassan is an experienced enough guy to keep that all in check.âÄù

Entering the national meet, the Gophers have faced a lot of the teams they will compete against Monday, at either the Roy Griak Invitational or the Adidas Invitational earlier in the season.

âÄúI think it gives guys a little bit of confidence in regards to knowing that they got into that field and did a pretty good job at Wisconsin,âÄù Plasencia said. âÄúIâÄôll be anxious to see how it plays out.âÄù

The Gophers womenâÄôs cross country team has been predicated on resilience this year.

Minnesota has faced many setbacks and dealt with numerous injuries this season, but different runners have continued to step to fill the gaps.

âÄúI had somebody say to me, âÄòJust think you could have been if âÄ¦,âÄôâÄù womenâÄôs head coach Gary Wilson said.

âÄúI said, âÄòJust think how bad we could have been if we hadnâÄôt had resiliency.âÄô We wouldnâÄôt even be at the meet.

âÄú[Our runners] never hung their heads and thatâÄôs a testament to them and their grit.âÄù

Rachel Drake is a perfect example of that resiliency. Drake was left off the scoring roster for the Big Ten meet, but filled in for Maggie Bollig at the regional meet and was the teamâÄôs fifth scorer.

The Gophers will enter the national meet having qualified in each of the past seven seasons, and are very familiar with the course at Indiana State.

It will be the last race in the career of Steph Price, but Wilson said he just wants her to race as she has all season.

Price finished 31st at last yearâÄôs NCAA Championships, but said she thinks she has the capability of being a top-20 finisher Monday.

Wilson said there is so much parity in this race and his team must run a smart race.

âÄúThe difference in this meet is so tiny between being an All-American and being 100th [place], itâÄôs unbelievable,âÄù Wilson said. âÄúThe best teams that come out of this and do well are the people get in and donâÄôt try and horse it up front too early and stay steady âÄ¦ and just keep your wits about you and race.

âÄúYou can go out pretty quick if youâÄôre stupid and so what we try to do is go in and not be stupid.âÄù