For city officials, $4 million project in Prospect Park is worth cost

The public works effort could transform a span in the neighborhood from its state of disrepair. 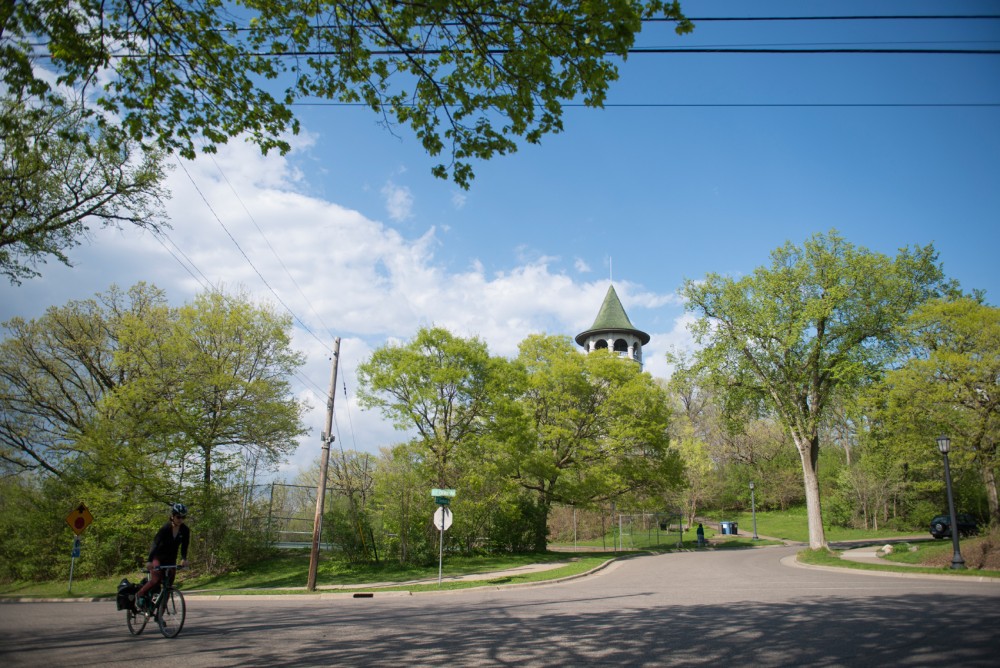 A woman bikes past the witch's tower on southeast Orlin avenue Tuesday Afternoon. Although about half of the neighborhood is made up of students, currently no student is part of the Prospect Park Association.

For city officials, a pending construction project could revamp a dreary stretch of Prospect Park.

A Minneapolis committee approved two projects to renovate an area of the University of Minnesota neighborhood’s 4th Street Southeast —from 25th Avenue to Malcolm Avenue — with new lighting, gutters and sidewalks.

The total estimated cost for both projects is $4 million.

If passed by the City Council Friday, construction will start in the spring, said Ward 2 Council Member Cam Gordon.

“The street was in terrible condition,” Gordon said. “Some parts of it didn’t even have sidewalks or typical things you’ll find on streets.”

The University will pay for some of the remodel, but it is unclear what the final dollar amount will be, said Interim Vice President of University Services, Mike Berthelsen.

The University owns a “chunk of land” in the area, Berthelsen said, and because of its proximity to campus, the University is happy to cover some of the costs.

“The University has a strong interest to work with the neighborhood to make the borders around the University vibrant and safe,” he said.

For Dick Gilyard, the Prospect Park Association’s president, the project was long overdue.

“It’s not a street. It’s a third-world pathway of some kind,” Gilyard said. “It hasn’t been a complete, usable street for decades.”

The city will be funding part of the project’s total cost through special assessment tax placed on those living nearby the construction areas.

At a public hearing held on Jan. 17, only one community member spoke in opposition to the renovation.

Jay J. Portz, assistant chief manager at Wedum University Village LLC, said in a letter to the city he wouldn’t pay the proposed tax — more than $33,000 of the total $152,000 part of the project — until the city explained in detail how it calculated who paid what.

Fourth Street Southeast isn’t the only part of Prospect Park that may change soon.

A six-story apartment complex called Green on Fourth is set for construction this summer.

Gilyard said Prospect Park has changed from an industrial area to a residential one, and the main street needs a remodel to make the neighborhood more inviting.

He said he envisions 4th Street Southeast with upgrades that “make cars guests and pedestrians the main group we’re designing for.”

Gordon said construction should begin in spring, but may face delays if costs rise higher than expected.