Chris Cramer will take over Nov. 12. 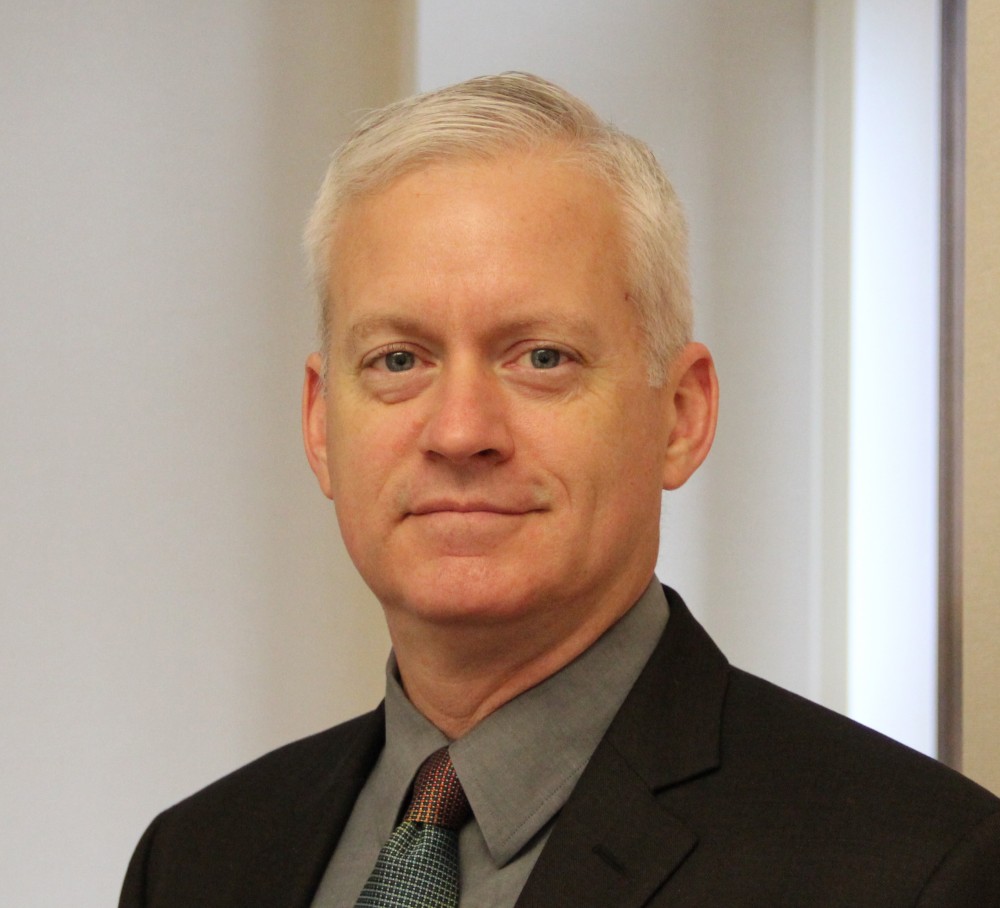 The University of Minnesota’s next vice president of research, slated to start next week, will face a challenging environment for funding.

Chris Cramer will lead the Office of the Vice President for Research, which oversees the University’s $900 million of research spending. Cramer said the University remains a prime location for research. The University has a budget among the top 10 public research institutions in the country, according to the National Science Foundation’s Higher Education Research and Development survey.

“The University of Minnesota is one of the jewels in public research institutions in the United States, in part because we do absolutely everything,” Cramer said.

Cramer, now a Distinguished McKnight University Professor in chemistry, joined the University in 1992. He has since served in a variety of academic and administrative roles, most recently as the associate dean of research and planning for the College of Science and Engineering. University President Eric Kaler named Cramer vice president of research last month, following the departure of Allen Levine. Levine led the OVPR for nearly two years.

“In many ways, the work comes to you,” Levine said about the position. “What we’re really do[ing] … is we’re spending a lot of time advocating and helping investigators do their work.”

However, Levine said it can be challenging to ensure there is enough funding for researchers on campus.

Federal funding for research and development at universities, which had steadily risen since the 1970s, has decreased in the past several years. Federal research funding in fiscal year 2016 marked the end of a four-year decline.

“There’s always the issue of funding,” Levine said. “The budget keeps on shrinking in terms of availability of flexible funds for things like research.”

“Our faculty do very well in competing for national funds. That said, it is a very competitive business,” said Tucker LeBien, vice dean of research for the Medical School, which receives the most external research awards at the University. “You can’t support every good idea that comes along.”

Cramer said the University is looking for new ways to cover expenses, including making it easier for business and industry partners to collaborate on research with the University.

“There’s been a big push in the last 10 or 15 years to make the University an attractive place for business to potentially make research investment,” Cramer said.

Historically, some businesses have been reluctant to work with the University because of complex agreements and tedious negotiations regarding patents, royalties and commercialization of research, Cramer said. He said the Minnesota Innovation Partnerships program has helped simplify the process, opening the door for greater collaboration between businesses and the University.

“It’s really streamlined the process and made us an attractive place to make those investments” Cramer said.

Additionally, Cramer said there’s an opportunity for more collaborative and interdisciplinary research on campus. The OVPR oversees several interdisciplinary programs, such as the Center for Transportation Studies and the Institute on the Environment.

Cramer said traditional disciplinary research remains important, but there are more efforts to promote research projects targeted at real-world problems. One of those efforts is the University Grand Challenges Research Initiative, launched by the Provost’s Office in 2016, which aims to support interdisciplinary research projects in key issues areas for the state, like clean water and sustainable ecosystems.

“The toughest problems are tough because you do need … perspectives of lots of different disciplines brought to bear simultaneously,” Cramer said.

“There’s no easy source of national or federal funding,” LeBien said. “What’s evolved in the last number of years is that the most competitive applications are the ones that involve teams of scientists and are multidisciplinary in nature.”

Levine said Cramer is set up for success in his new role.

As vice president of research, Cramer has a wide range of responsibilities, including managing processing for research proposals and awards, overseeing regulations, ensuring safe treatment of subjects and handling economic development and commercialization.

Cramer described his feelings as ”somewhere between excited and apprehensive.”

But he said the position comes down to a simple mission: fostering the work of others on campus.

“The primacy of the research expertise is in the faculty and the staff who do research,” Cramer said. “I really see my role as supporting faculty in accomplishing the things we hired them to do.”