While the women finished with one of the top scores in program history, the men totaled one of its worst scores of the season. 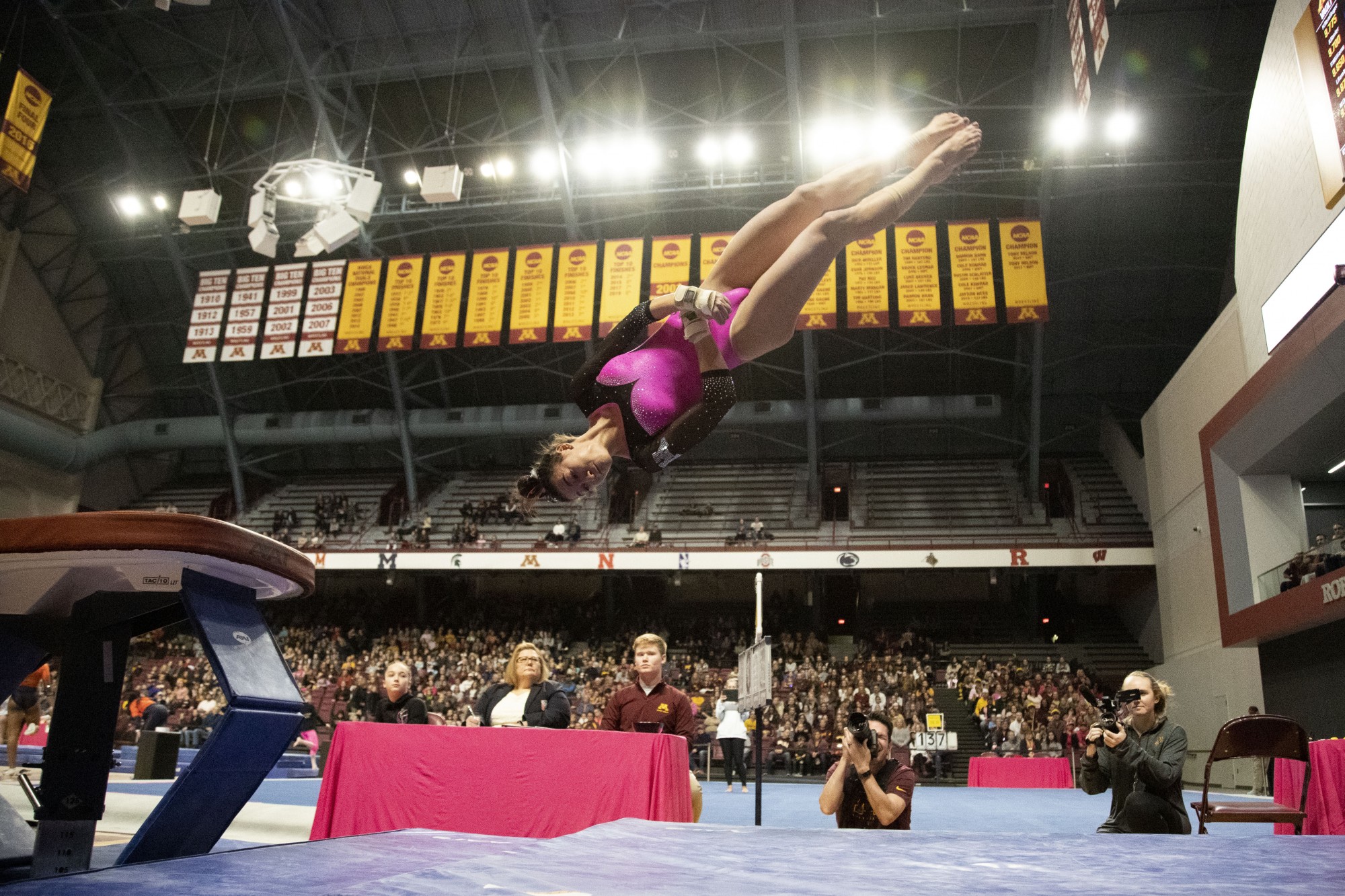 Both the Gophers’ men’s and women’s gymnastics teams were in action Saturday but only one was able to pick up a road win. The No. 8 women’s team triumphed over Ohio State while the No. 10 men’s team fell to Iowa.

Coming off back-to-back wins, the women’s team picked up right where they left off. Junior Lexy Ramler continued her dominance in Saturday’s meet, setting a new career-high score with a 9.975 in the uneven bars. That helped the team score its second-best score in program history with a 49.500 on the uneven bars.

On the floor event, the Gophers swept the podium, with all three earning a score of 9.990. Freshman Halle Remlinger was a part of that group tying her career-best.

The freshman is coming in CLUTCH!Check out @HalleRemlinger4's career-high 9.900 on floor from tonight's meet!