Students from the group repainted their panel on the Washington Avenue Bridge Friday afternoon. 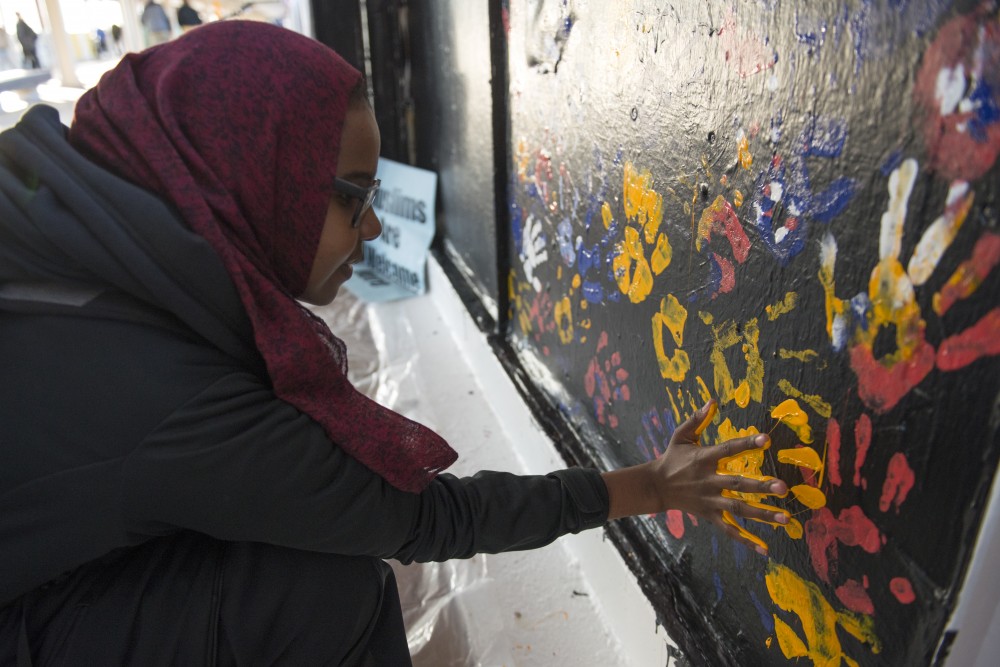 The Muslim Students Association invited allies
to join them Friday as they re-painted the group’s panels, which were
vandalized earlier this month.

Shortly after the vandalism, the group
whitewashed their three panels and it has stood blank since.

Salah Al Din Deban, an MSA member, said the
handprints were a ceremonial way to show solidarity against hate and division
on campus.

Sophomore Jacob Sachs said he was ashamed
and scared when he first saw that MSA’s panels were vandalized, adding that he joined
the event to show his support for the group.

Emily Janisch and Katie Henly — staff
members at the Institute for Global Studies — said they added handprints to
show their solidarity against hate.

“I want to show support for everyone who
feels hatred and show we still care,” said Lensa Ali, a third-year student.

She said she the people who vandalized the
group’s original panels should “take some time to learn.”

Henly and Janisch similarly said the
vandalism shows how much misinformation there is about Muslims and what Islam
means.

Sidhra Musani, MSA’s president, said the
vandalism was hurtful to see, but an immediate outpouring of love and support
from many on campus followed it.

“Everything happens for a reason,” she said.
“Had [the vandalism] not happened, we wouldn’t have the chance to get together
like this.”