The U needs to improve on matching students with interpreters, some say. 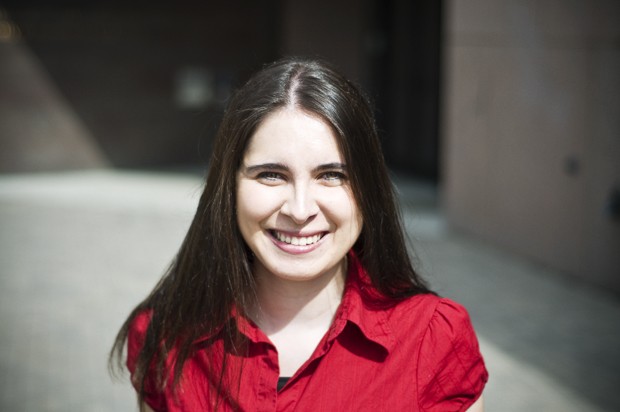 When Kaitlyn Mielke first heard Julie Andrews sing in âÄúThe Sound of MusicâÄù after receiving cochlear implants at age five, her complicated love of musical theater began. A University of Minnesota student and this yearâÄôs Miss Deaf Minnesota, Mielke, has constantly struggled against theaters and directors with policies that are less-than-accessible to the deaf. Meilke saw her first interpreted show in 2007 âÄî she previously had to memorize film adaptations of plays or follow the activity onstage with a script. She has advocated for increasing interpreters at plays and musicals, and worked to add captions at movie theaters and Broadway-related media online. An individualized studies major with a focus in English, theater and deaf studies, Mielke plans to continue her advocacy work after she graduates. She said she wants to establish a non-profit organization that would âÄúserve as a liaison between the performing arts community and the deaf/hard of hearing community.âÄù She participated in the Miss Deaf Minnesota Ambassadorship Program in June, because she wanted to give a platform speech on arts access, an area that is âÄúoften overlooked upon by other more âÄòpressingâÄô issues,âÄù she said. However, Minnesota has more interpreted shows than anywhere else in the United States, about 250 a year, said Jon Skaalen, program coordinator at VSA Arts, a company working with arts access for people with disabilities and the deaf community. Nationally, access to theater interpreters is âÄúterribly poor,âÄù Skaalen said. But Mielke is hopeful about the challenge. âÄúBasically I go with a lesson I learned from the musical Mary Poppins âÄî âÄòAnything can happen if you let it,âÄô âÄù she said. The Deaf Community Mielke also participated in the Miss Deaf Minnesota to reach out to the deaf community, which she said revolves around American Sign Language and a deaf identity. ASL is the âÄúdefining parameter of a culture,âÄù Joyce Daugaard, a graduate instructor in the UniversityâÄôs Deaf/Hard of Hearing licensure program for graduate students. However, people often view ASL as âÄúinferior to spoken English,âÄù Mielke said. âÄúMost of us donâÄôt see deafness as a disability, but rather as a cultural identity,âÄù she said. But there are âÄúlow expectations placed upon the deaf âÄî weâÄôre still fighting that,âÄù she said. Deaf Services at the U The University has about 45 deaf and hard of hearing individuals, said Scott Marshall, manager of the Sign Language Interpreting/Captioning unit of the UniversityâÄôs Disability Services. There are 14 interpreters, and four captioners , who are âÄúsimilar to a court reporterâÄù and caption live classes for someone who does not know ASL, Marshall said. Mielke said the UniversityâÄôs services are much better than those at California State University, Northridge, which she attended from 2005 to 2007. However, she said the University could do more to match the right interpreter with the student, as a bad match can disrupt communication efficiency. Daugaard said she supports this idea as some students want more of an ASL interpretation, and others want more transliteration, âÄúthey want to see the English exactly as the instructor is speaking.âÄù But aligning schedules among a âÄúfinite pool of interpretersâÄù makes this difficult, Marshall said.