This week in movies: ‘Suspiria,’ Bohemian Rhapsody’ and ‘Wildlife’ 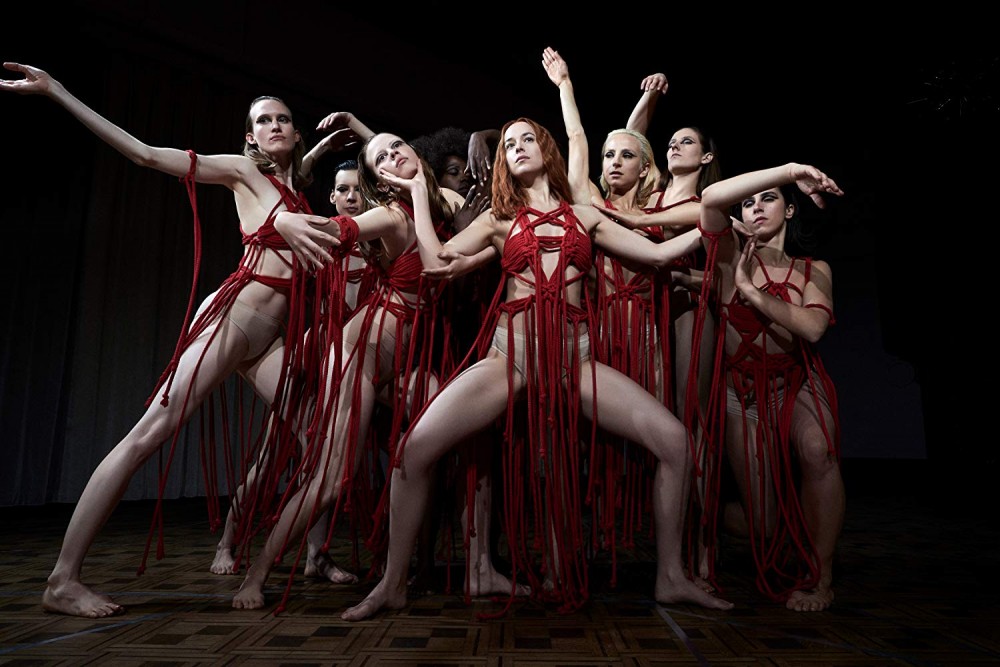 Director Luca Guadagnino’s (of “Call Me by Your Name” acclaim) remake of Dario Argento’s 1977 dance-horror film “Suspiria” makes some significant revisions. Most notably, perhaps, Guadagnino’s film is now set in Berlin, with the Berlin Wall now located just across the street from the steps of the Helena Markos Dance Company.

Susie Bannion (Dakota Johnson) has dreamed of fleeing her Mennonite roots in the United States and going to Berlin. When she finally arrives in Germany and auditions for the company, the headmistresses are entranced. Something (or someone) else begins to stir within the academy.

The first four of the film’s staggering six acts are thrilling. Guadagnino’s, and cinematographer Sayombhu Mukdeeprom’s, control of the visuals is stunning. “Suspiria” is filled with dark earth-tones — grays and browns pervade almost every shot. The beauty accentuates the selective but eventually gratuitous violence.

But “Suspiria” doesn’t quite nail its final steps. Its two distinct plots — the scheming dance instructors and therapist Dr. Josef Klemperer’s growing suspicions of them — converge unsatisfyingly. With Tilda Swinton leading as Madame Blanc, the intimidating teacher who starts to favor Susie, the dangerous dance teachers are a little too easy to love.

So, when vague references to ’70s German politics and Dr. Klemperer’s backstory eclipse the witchy teachers we’ve grown to both fear and admire, the new “Suspiria” fails. Not even the film’s beauty can save the messy plot. The long-awaited Freddie Mercury biopic finally hit theaters this weekend. The task itself seems almost impossible — where to begin?

This biopic doesn’t quite have an answer to that. It roughly follows Mercury’s life to trace Queen’s way to the Live Aid concert. The jumps between moments in the timeline are huge — years, at times — so it’s difficult to really nail down who he was.

As Mercury, Rami Malek does what he can with the jumpy script. Yet, when there’s a suggestion of his mindset, the film slips quickly into the next scene, leaving the moment unfulfilled. The film seems unsure of what to do with Mercury’s sexuality. His relationship with his ex Mary Austin is prioritized while his relationships with men are portrayed as threatening the band’s success.

It’s been documented that the film over-fictionalizes Mercury’s life. Still, there are moments when the film stirs emotion, particularly when it breaks free from traditional biopic conventions. The montage of the band devising the film’s title song is thrilling — the scene seems to successfully allude to Mercury’s musical genius for the first time in the film.

“Bohemian Rhapsody” is probably worth seeing if you’re a Queen fan. But be sure to watch clips of the real Freddie Mercury on YouTube when you get home, to remind you of the wonder that the film couldn’t quite capture. Paul Dano’s directorial debut is far quieter than the other films that opened in Minneapolis this weekend. Set in small town Montana in the ’60s, “Wildlife,” written by Dano and Zoe Kazan, is a closely-framed picture of a couple’s strained relationship.

Jerry (Jake Gyllenhaal) is fired from his job at a local country club and decides to join the waves of men who go fight wildfires in the mountains each year. Though he plans to return after the first snow for his wife, Jeannette (Carey Mulligan), his decision to leave could tear the family apart.

Their son, Joe (Ed Oxenbould), is stuck in between his parents.

“Wildlife” is based on a novel by Richard Ford, which is told only from the perspective of Joe. Rather than using voice-over narration to bring this perspective to life, Dano keeps the camera on Joe most of the time. Oxenbould’s internal discomfort as Joe is palpable.

There’s a sense, thanks to Gyllenhaal and Mulligan’s performances, that tension has been simmering for a while, but this is the first time Joe is noticing it.

With Jerry gone, Jeannette has the home to herself — a daunting freedom. She struggles to find work and to feel valued. Mulligan carries Jeannette’s stress in the pursing of her lips and the tensing of her neck. Jeannette speaks frequently in monologues about her hard-boiled ideals to her son, which Mulligan delivers with both precision and recklessness.

“Wildlife” is beautiful. With mountains in the background, the big Montana sky provides a canvas for a jaw-dropping sunset shot. The visuals indicate how trapped the family is, particularly as newcomers in this small town.

In the final shot, the family members sit in front of a sky blue photo backdrop. Every twitch and flash of despair is present onscreen — a fitting ending for a film that feels like a tiny diorama of family tension.