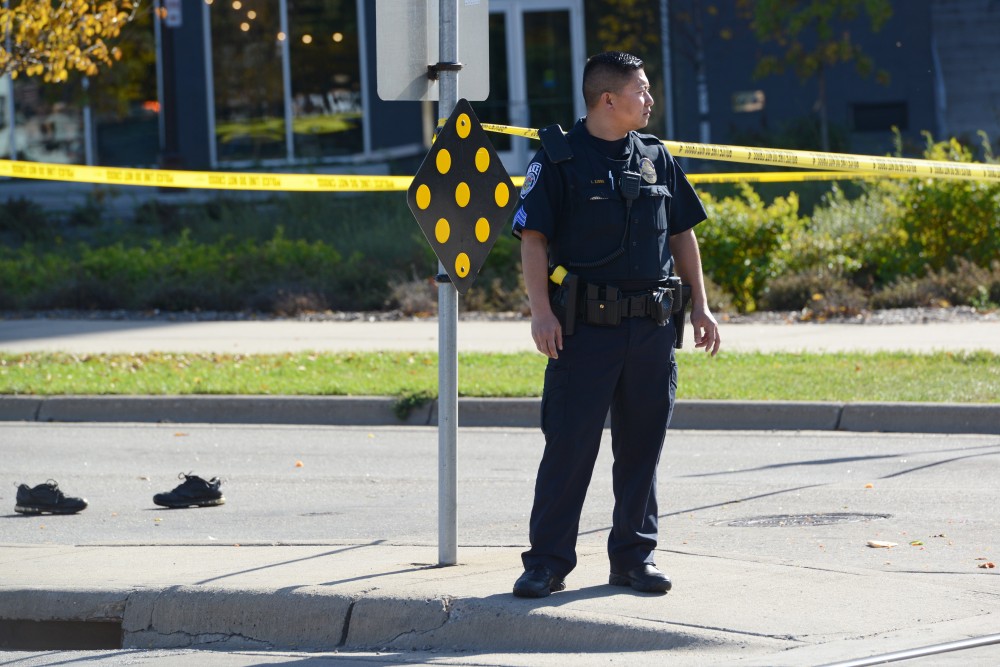 UMPD Sergeant Long Xiong observes the scene of a collision that occurred between a pedestrian and a semi truck at the Stadium Village light rail station on Wednesday, Oct. 18.

The man was transported to the HCMC. He was in critical condition and heading into surgery around 8 p.m., MPD spokesperson Sgt. Catherine Michal said.

The semitruck driver stayed at the scene and is cooperating with officers, Michal said. According to the release, the man died at HCMC around 4:30 a.m. Thursday.