The jack of all trades talks about his upcoming film, “Cyrus” 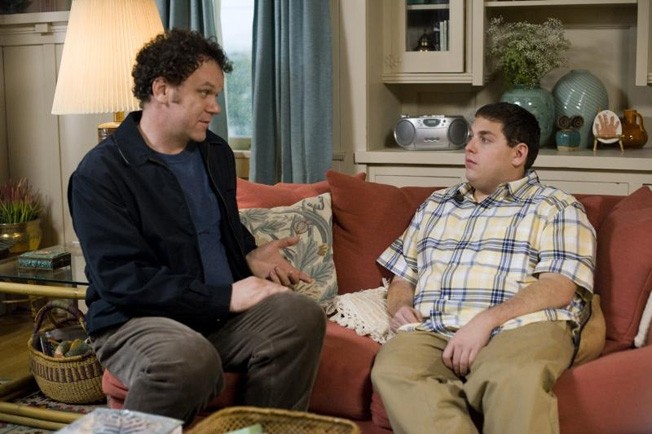 Perhaps BP should enlist John C. Reilly to help clean up the Gulf; after all, the man can seemingly do anything. He serenades in his live performances and as the blockheaded Dewey Cox; he brings us to tears in his hilarious collaborations with Will Ferrell and with his bizarre Adult Swim appearances; and he draws out pathos and acts like a total badass in his various dramatic film roles. In each instance, Reilly is nothing short of phenomenal. His newest film, âÄúCyrus,âÄù allows those talents to mix, functioning as both awkward comedy and poignant drama. A&E sat down with Reilly to discuss âÄúCyrus,âÄù the difficulties of improvisation and the variety of his roles. The trailers for âÄúCyrusâÄù make it out to be a comedy, but itâÄôs a fairly dramatic film. Do you consider it to be a comedy? JCR: For lack of a better term âÄî I shutter to say the phraseâÄîbut it is a romantic comedy. It is about relationships. There is a lot of awkward stuff in it, and IâÄôm not going to deny there are some laughs, but I think it also has a lot of heart. The really appealing thing about the movie is that people who know my work from the last couple years in bigger comedies, like with Will Ferrell, will appreciate the big laughs, but then the people that have been hoping I get back to doing some dramatic stuff will also be pleased with this one. Were you happy that this character could be funny without having to be as infantile as, say, Dale Doback in âÄúStep Brothers?âÄù JCR: Yeah, I was sort of relieved that this guy wasnâÄôt the kind of man-child that Dale was. I actually liked playing someone who was my own age, who had a little bit of world-weariness to him, and was able to be very direct when he needed to be. I liked that I got to be very real in my reactions to things. We were just encouraged to be as organic as we could and to be as honest as we could. You do a lot of comic improvisation in films with Will Ferrell; do you find it harder to improvise dramatic scenes like the ones in this film? JCR: To me, those are easy. The tough stuff is where youâÄôre trying to top Will with ridiculousness from moment to moment, or trying to make Will laugh, which is essentially what we do all day on those movies. It is an exacting discipline: if somethingâÄôs not funny itâÄôs really clear right away that itâÄôs not funny. I find it much easier to focus on being truthful and being in the moment, and thatâÄôs what improv really is all about. If youâÄôre constantly trying to be funny, youâÄôre not purely in the moment; youâÄôre not reacting totally truthfully all the time; youâÄôre reacting in what you hope will be a funny way. IâÄôve always been craving the chance to do a movie where you could purely improvise, where it didnâÄôt matter if it was funny or not as long as it was natural and organic and true to the character, and thatâÄôs what [Cyrus] was. ItâÄôs a lot of responsibility, taking on the authorship of the movie in those moments, but it was worth it, I think. IâÄôm really proud of this one. YouâÄôve played some very different characters throughout your career. At this stage in your life, is there a type of role you prefer? JCR: No, I prefer doing the thing that I didnâÄôt do last. I like flipping it back and forth, and thatâÄôs kind of the game from my end. ThatâÄôs the way to have longevity: constantly get one step ahead of what people expect you to do. And IâÄôm just trying to do as much different stuff for myself as I can, because thatâÄôs how you stay interested and excited about going to work everyday. ThereâÄôs nothing worse than feeling like youâÄôre repeating yourself. Lastly, I have to ask, how would Dr. Steve Brule characterize this film? JCR: You would have to ask Dr. Steve Brule. I know Dr. Brule, I often speak to him, but I do not do press for him. âÄúCyrusâÄù opens July 2.