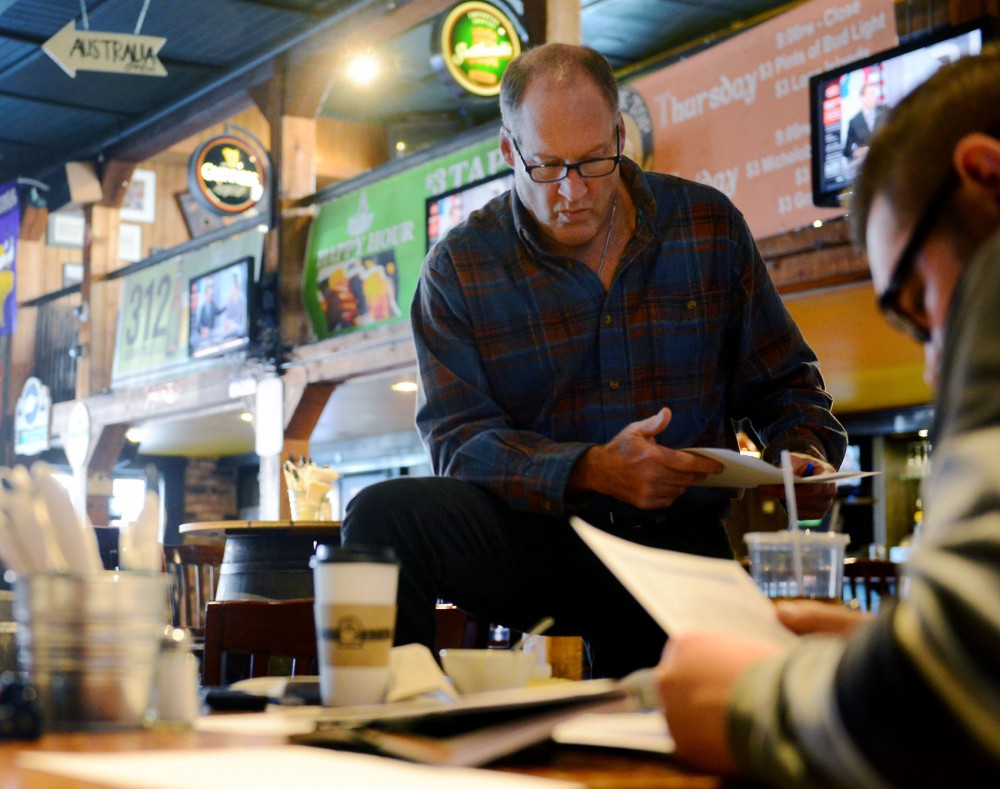 Members of the newly re-named Dinkytown Business Alliance say they hope broader membership and updated bylaws and leadership will better equip the organization to handle sweeping changes to the area.

Those involved say the rebranding won’t change the group’s mission of providing a voice for area business owners.

A sizable grant from the city, combined with the loss of its longstanding president and increasing area development, created an opportunity for the former Dinkytown Business Association to transition into the alliance.

“A time came where we had to renew things,” said new President Mike Mulrooney. “We had to get this alliance going and get ourselves going in a direction that is in connection with the changing time.”

The city of Minneapolis awarded almost $50,000 to the alliance and the Marcy-Holmes Neighborhood Association near the end of the summer, mainly for marketing and new member recruitment.

Mulrooney, who owns Blarney Pub and Grill, said he will focus on area issues like parking, development and attracting more business and property owners to the alliance.

Mulrooney said he’s been involved with the DBA since he opened his pub in 2004. He said it has remained important to him as a tool for those with a stake in Dinkytown to form a collective voice and agenda.

Like many others in Dinkytown, Mulrooney said one of the business district’s biggest issues is rooted in a lack of parking.

Because the alliance is ramping up efforts to market Dinkytown to surrounding cities, he said, it’s critical to add to the area’s parking spaces.

The group is also paying close attention to development and forming a consensus on things like the potential Dinkytown hotel, he said.

Perhaps one of the most important changes the DBA has made is adding property owners to the alliance, said Book House owner and DBA communications director Kristen Eide-Tollefson.

She said the businesses need the property owners, as the roles overlap for many in the area.

“We’re really lucky to still have business owners who are also property owners,” she said.

Since all of the alliance’s leadership positions are voluntary, Mulrooney said he’ll do his best to serve both his own business and the district it calls home.

“I am proud to represent Dinkytown and the other businesses in the area,” he said. “I’m willing to invest my time while keeping my main priorities still the main focus.”

Skott Johnson took on the brunt of the Dinkytown Business Association’s work for the nearly 20 years he served as its president.

“The amount of work and effort and heart and soul that [Johnson] put into this community and into Dinkytown and into the association is second to none,” Mulrooney said.

But when Johnson left in mid-December, Greg Pillsbury, owner of Burrito Loco and then-DBA vice president, took over the role with a more democratic strategy. Pillsbury said he simply didn’t have time to run the organization way Johnson did.

While the association did well under Pillsbury’s presidency, Mulrooney said it was in need of an upgrade.

“Nothing bad happened; there was nothing bad going on,” he said. “There was just the need for more organization and more communication — it’s just that simple.”

Despite the changes, Mulrooney said he doesn’t see the alliance as “new,” but it’s better equipped to handle whatever the area’s future may hold.

“I think ‘new’ is a misconstrued word,” he said. “It’s less of a new DBA, even though it is, and more of new times or changing times.”