The historic Como Congregational Church would be demolished if plans for a residential development are approved. 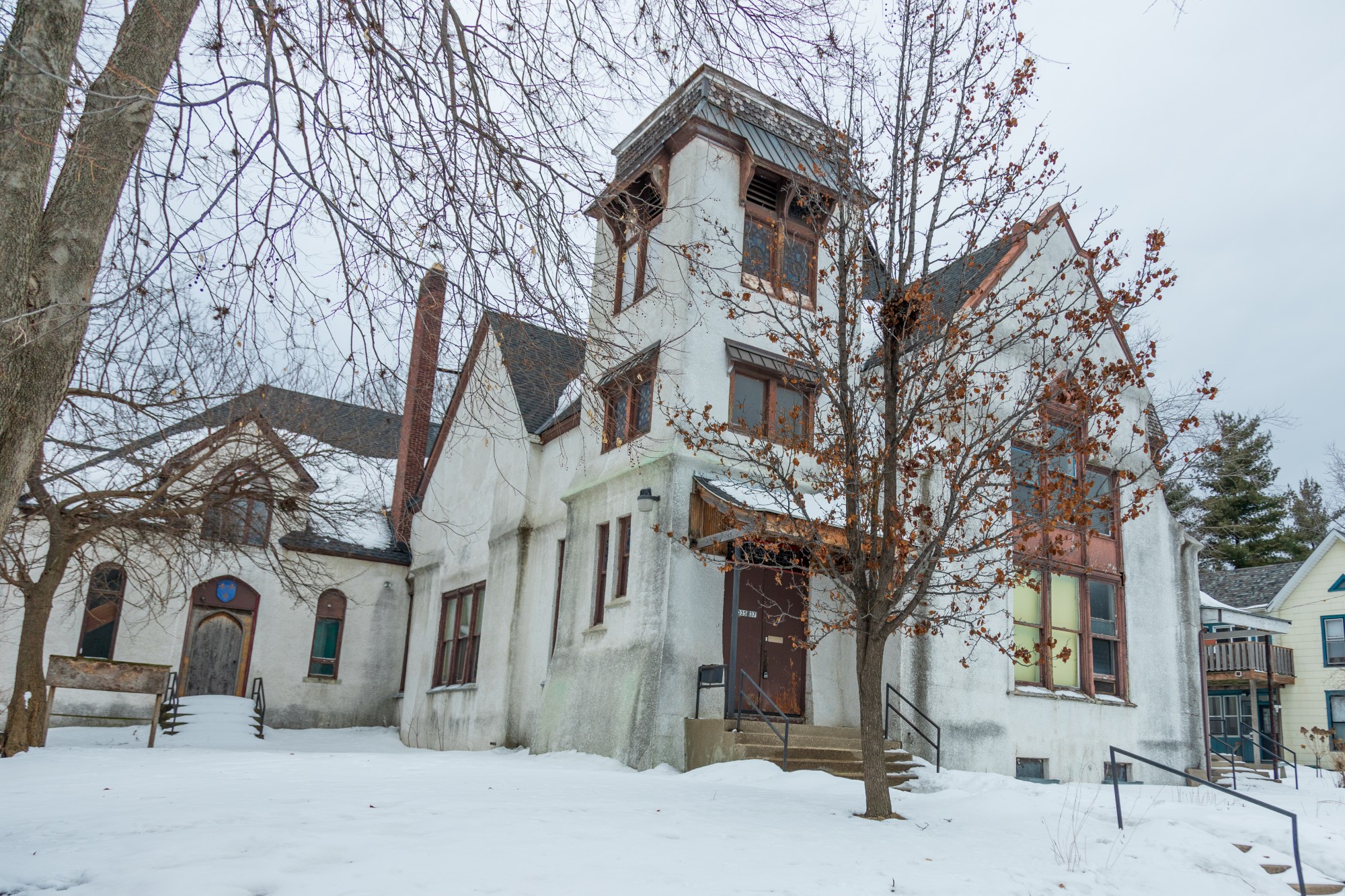 The Como Congregational Church stands amid freshly-fallen snow on Monday, Feb. 17. The historic site faces the potential of being developed into an apartment building.

Plans for a residential building in Como have been proposed, with some neighbors raising concerns over the site’s historical significance.

Representatives from Valerian LLC and HL Architects presented preliminary plans for a nine-unit residential building on behalf of property buyer Northland Real Estate Group to the Southeast Como Improvement Association last week. The development will be aimed at students and recent graduates, but some neighbors said these plans don’t justify the demolition of a historical landmark.

The site currently houses the vacant Como Congregational Church, which was built in 1886. For decades, the church was the only religious institution in the area.

“We envision being part of this neighborhood, and we want to be a good and contributing neighbor,” said Northland Project Developer Michael Margulies at the meeting.

The two-story building, located at 1035 14th Ave SE, would include 39 bedrooms, 10 parking spaces and bike storage facilities both in-unit and in the parking lot. Each unit would have an outside entry, and each bedroom would cost $600 to $800 per month, according to the developer’s presentation.

Neighbors have been pushing instead for the church to be renovated to serve as a theater or other cultural resource, said Larry Crawford, a Como resident living near the site.

Margulies said the development team had looked into ways to reuse the church but determined it was not structurally sound enough for residential use.

These issues were also raised in a recent petition community members have started.

“We needed to be more organized to call attention to things, [to] present our case right away,” Crawford said, who is also a representative for Concerned Como Neighbors.

Margulies said at the meeting that based on their research, one parking space per unit is sufficient. Representatives for the development were unable to be reached for additional comment.

“If this was more outright on Como [Avenue], I’m not sure that the residents would have been so concerned, but it’s also a building that they care about a lot,” said Ward 2 Council member Cam Gordon, who represents areas of Southeast Como.

Karl Smith, president of SECIA’s Board, said some neighbors are worried about the precedent the development could set for Como.

“Their argument is that if this gets approved, this just opens up the floodgates that developers who own multiple properties for long blocks … there’s nothing now [that] would be the limit to stop them from just tearing them down,” he said.

The development team hopes to start construction this summer, with the first residents coming in the fall.