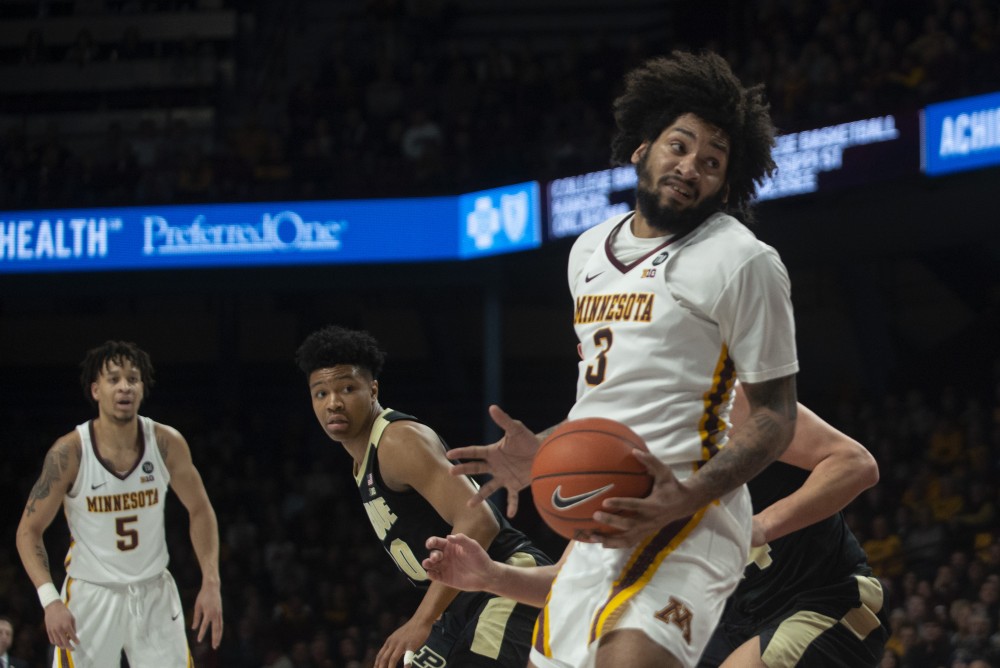 Senior Jordan Murphy spins towards the basket on Tuesday, March 5 at Williams Arena.

On Monday, the Minnesota Timberwolves announced the signing of former Gophers basketball standout Jordan Murphy to their training camp roster.

Murphy agreed to an Exhibit 10 contract, according to reporting from The Athletic. Under the contract, if he doesn’t make the team’s regular season roster he could play for the Iowa Wolves, the Timberwolves’ G League affiliate.

Throughout his career, Murphy was a consistent presence for Minnesota in the paint, starting 122 consecutive games. He holds the program records for rebounds (1,307) and double-doubles (67). His 1,802 career points rank second in Minnesota history, behind only Mychal Thompson (1,992).

In 2019, Murphy was selected first team All-Big Ten by the media and second team by the coaches. Averaging 14.8 points and a conference-best 11.5 rebounds per game, Murphy led the Gophers to the second round of the NCAA Tournament for the first time since 2013.

In June, Murphy and former teammate Amir Coffey went unselected in the NBA Draft, extending Minnesota’s draft drought to 16 years. No Gopher has heard their name called on draft night since Kris Humphries in 2004.

Murphy signed with the Timberwolves as an undrafted free agent in the offseason and performed well in Summer League play, averaging 8.9 points and 4.9 rebounds per contest.