After a public forum June 14, the Board of Regents will vote on the 2.5 percent increase June 19. 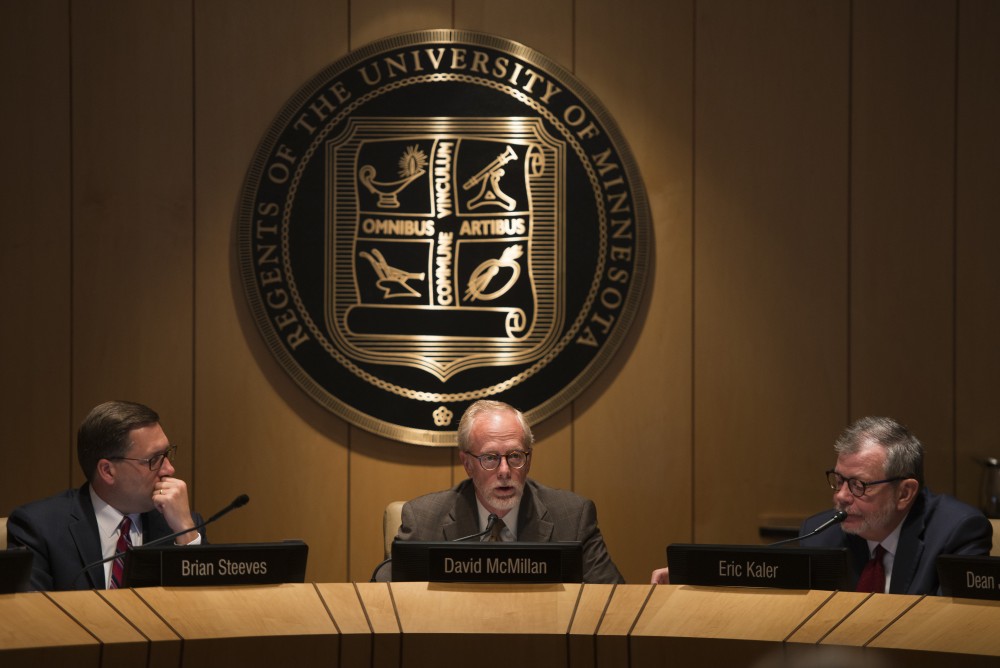 David McMillan speaks during the University's Board of Regents meeting on Friday, Sep. 14 at the McNamara Alumni Center.

A proposed tuition increase of 2.5 percent for resident undergraduates on the University of Minnesota’s Twin Cities campus will be presented to the Board of Regents for a vote later this month.

Outgoing University President Eric Kaler’s recommendations for the tuition hikes, released Friday, June 7, will be presented at the Finance and Operations Committee’s Thursday meeting. The board will take public comment Friday before they vote on June 19.

The plan projects that the University will receive more than $14 million in “other revenues” such as gifts, sales and fees and sponsored grants. This estimate is $13 million higher than estimates in last fall’s budget framework.

Kaler’s proposal also asks colleges, system campuses and non-academic units across the University system to cut larger parts of their own budgets in order to identify $5 million for reallocation.

While still the “top priority,” the newest budget also reduces the proposed increase to the general salary pool for employees to 2.25 percent, down from a proposed raise of 2.5-2.75 percent last fall. This is due to an estimated increase in costs of fringe benefits, such as healthcare and retirement plans, and to address other high priority parts of the budget.