Experts caution against using Adderall to study, but students say it’s easy to do. 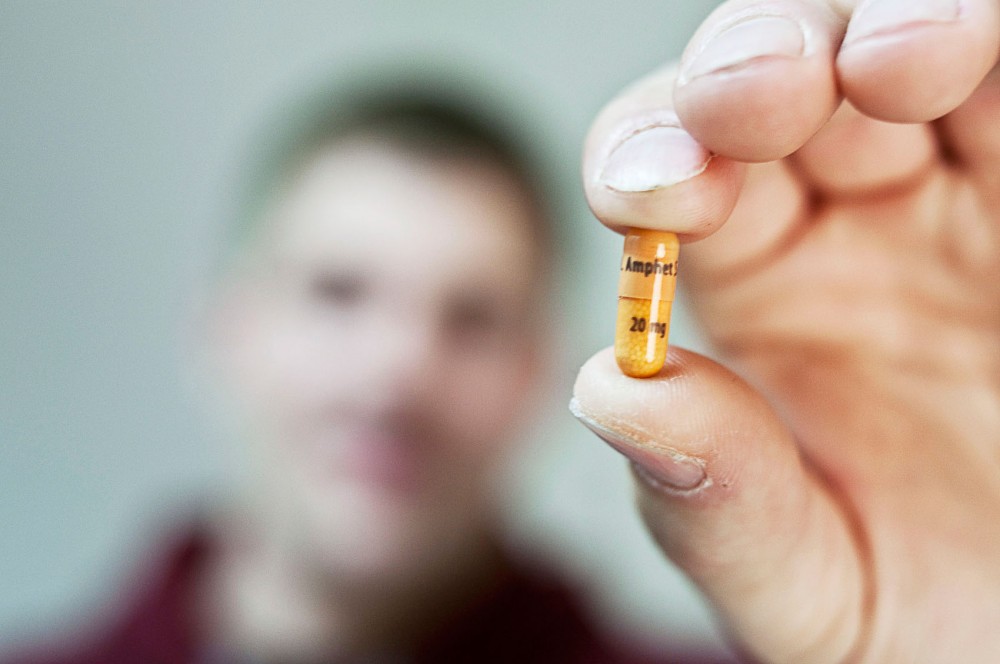 Many students use Adderall, a mix of amphetamine salts, to enhance their concentration when studying or taking tests. But experts warn the drug is addictive and its long-term effects are uncertain.

When midterms and assignments pile up, some University of Minnesota students turn to drugs they aren’t prescribed to get an extra boost of energy and focus — a practice that’s getting easier.

A popular choice is Adderall, the stimulant often prescribed to treat attention deficit disorders. Although Adderall can provide the extra concentration students are looking for, health experts warn the drug is addictive and perhaps too easy to get.

Adderall use is “fairly popular” among University students, said Kohlman Harshbarger, a marketing and English sophomore who uses the drug occasionally.

“Pretty much everyone I know has used it at one point or another,” he said, adding that some students use the drug more than others do.

About 5.7 percent of University students on the Twin Cities campus reported taking a drug they weren’t prescribed at least once in the past year, according to data from Boynton Health Service’s 2013 College Student Health Survey.

Nationwide, 6.4 percent of 18- to 22-year-old, full-time college students reported using Adderall for nonmedical purposes in the past year, according to 2006 and 2007 data from the National Survey on Drug Use and Health.

Harshbarger said when he studies without Adderall, he has recurring urges to do something else, like check social media or email. But on Adderall, he said, he becomes engrossed in the task at hand.

Experts say there’s a reason doctors prescribe the drug specifically to those with disorders.

Chemically, Adderall is a mixture of amphetamine salts and is a powerful stimulant, said Susan Marino, director of the University’s Center for Clinical and Cognitive Neuropharmacology.

“It’s pretty intense,” she said. And although some students don’t think so, she said, Adderall “is a big deal.”

The long-term effects of taking the drug are unclear because few studies follow users over long periods of time, Marino said.

Still, she said, stimulants like Adderall do have the potential to be physically or psychologically addictive.

A psychological addiction is when a drug user feels unable to function without taking the drug, Marino said.

For Dr. Gary Christenson, Boynton’s Chief Medical Officer, one of the big issues with using Adderall without a prescription is a “philosophical” one.

Marino and Harshbarger disagreed. They said Adderall may help students focus, but it won’t help them learn the information they’re expected to know for a test.

“It’s not going to put information in your head that isn’t there,” Harshbarger said.

Students often get Adderall from friends who have prescriptions, Harshbarger said.

But health experts are concerned that students who know what to tell their doctors could get a prescription even if they don’t need one.

The latest edition of the American Psychiatric Association’s Diagnostic and Statistical Manual of Mental Disorders makes it fairly simple to fit the criteria for Attention Deficit Hyperactivity Disorder, Marino said, and students could take advantage of that.

Before, she said, the manual assumed symptoms for ADHD appeared most often in children. Now, it includes adults.

“It’s probably pretty easy for someone to come in and say the right things,” he said.

This worries political science and history freshman Noah Hummel-Hall, who has ADHD and an Adderall prescription.

He said he thinks it could get much harder for those who actually need a prescription to get one if the industry implements more stringent rules to deter substance abusers.

He said without Adderall, he sometimes feels like he’s in danger because he’s not as aware of his surroundings while walking.

Without Adderall, he said, “I don’t really function that well in society.”