After two years, University officials say the campaign is moving in the right direction, but solving sexual misconduct on campus won’t happen overnight. 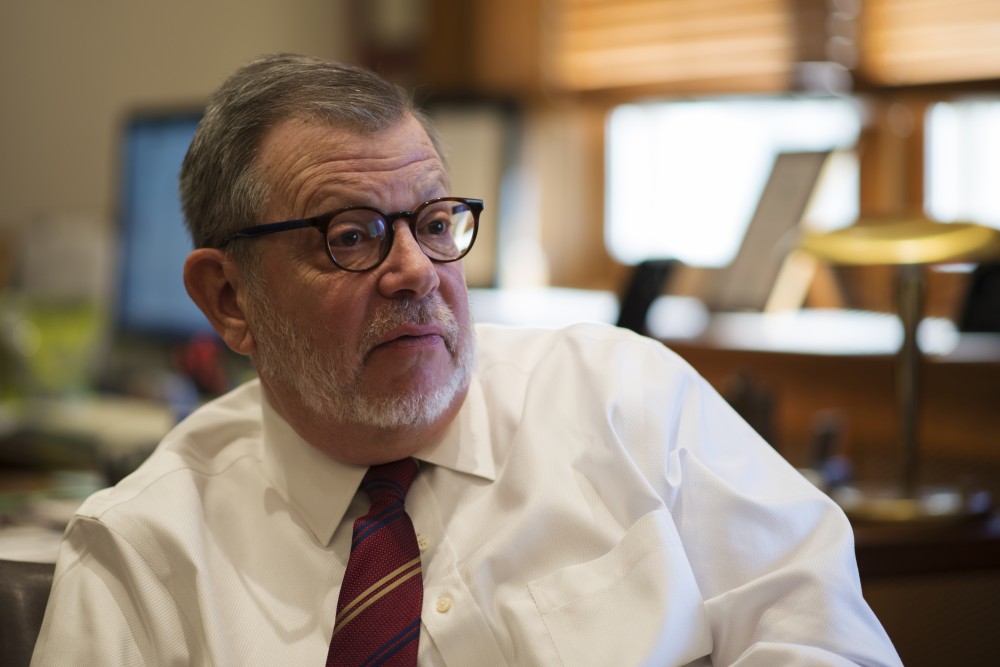 The University of Minnesota’s plans to combat sexual misconduct set out with an ambitious goal: to stop the “epidemic” of sexual assault and harassment on campus.

Nearly two years into the President’s Initiative to Prevent Sexual Misconduct, University officials see signs of success, although they say there’s more work to be done. The campaign, which costs the University more than $740,000, features a wide-range of efforts, from mandating employee training to increasing bystander intervention.

“This is the largest university in the country right now that is doing something this extensive,” said School of Public Health Dean John Finnegan, chair of the initiative. “We have really brought together, I think, a critical mass of energy that can help propel culture change.”

Through this spring semester, the University will emphasize bystander intervention training and student engagement, said Maggie Towle, interim vice provost for student affairs and dean of students. With the help of a new staff member hired last fall, the University is planning trainings with specific communities on campus, including Greek life and athletics, she said.

Although the campaign is funded through the end of the academic year, those in charge are hopeful efforts will continue when President-Designate Joan Gabel takes over in July.

Finnegan said the past two years mark only the beginning phases of this work.

“What we’re moving toward is embedding this effort within the university, within its community and the structure of the university, in such [a] way that it’s now going to be something we can sustain in the long-run,” he said.

Signs of progress, but more work ahead

“Stopping sexual misconduct on our campuses begins with every one of us.”

Those were the words University President Eric Kaler used when he launched the campaign in 2017. The efforts — a top priority of Kaler’s presidency — take a public health approach, which looks to address the deep-rooted causes of sexual misconduct.

Two years in, there’s now measurable progress. Officials leading the campaign say they’ve received widespread support and crucial buy-in from faculty, staff and students on campus. But they also acknowledge they still have a long way to go.

“I’ve been nothing but pleasantly surprised by how much support we’re getting across the board,” said Dave Golden, director of public health and communications at Boynton Health, who oversees the campaign’s evaluation and research.

He pointed to the more than 99 percent of faculty and staff who completed the online sexual harassment training as a sign of progress. Even so, in a post-training survey, faculty and staff expressed relatively low confidence in the University’s ability to prevent retaliation and respond to sexual misconduct.

Reports of sexual misconduct to the Office of Equal Opportunity and Affirmative Action have continued to rise.

Finnegan said the increased reports of sexual misconduct may be “a form of success,” indicating people could feel more comfortable reporting incidents, instead of staying silent.

But Finnegan acknowledged the campaign needs to look at the deep-seated causes of sexual misconduct, including the University’s culture.

However, officials leading the campaign say solving those problems is going to take some time.

“We’re in this for the long-haul,” Golden said. “This is not just something that you just change in a year. This is going to take years of work to change a culture.”