The Gophers will host an NCAA regional for the first time since the 2014 season. 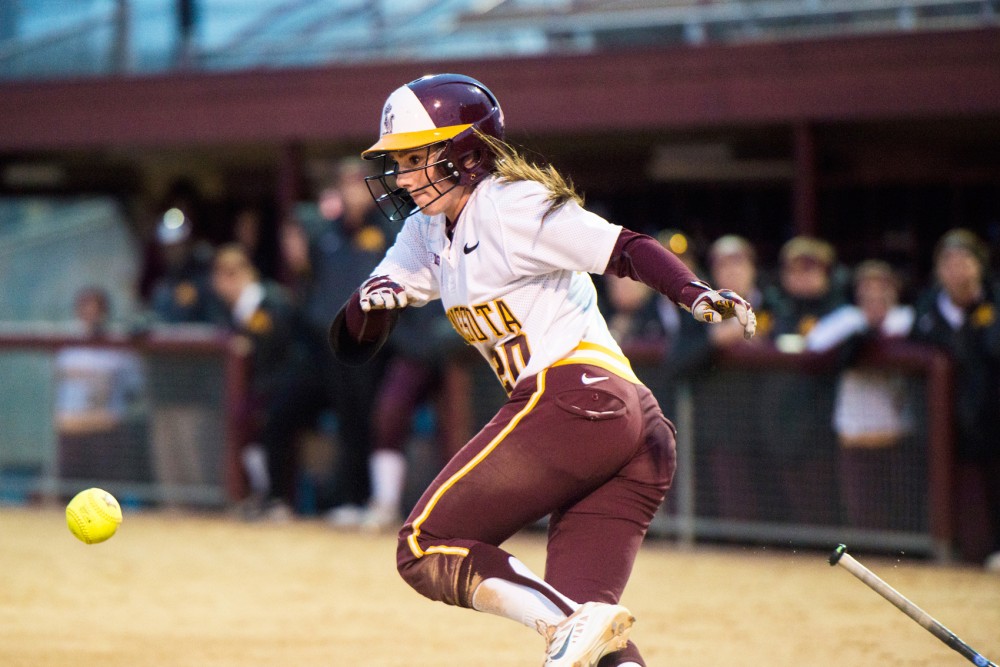 Freshman Maddie Houlihan throws her bat after a base hit against Wisconsin on April 12 at Jane Sage Cowles Stadium.

After the first six top seeds were unveiled, the Gophers erupted into cheers after learning that they would be the No. 7 seed in the NCAA tournament. It is the highest seed for Minnesota since the NCAA established the current tournament format in 2005. The Gophers will host an NCAA regional for the first time since the 2014 season.

“We’ll need our fans, and we want every team that comes in here to feel the weight of every person that’s in that stadium,” Trachsel said. “We want this to be a tough place to play.”

This year marks the seventh consecutive year that the Gophers have made the NCAA tournament.

“This program’s worked hard for so many years,” Houlihan said. “We’re so proud to represent this school and represent this state. We’re finally getting the recognition that we deserve.”

If Minnesota beats North Dakota State, it will face the winner of the Drake and Georgia matchup on Saturday. If the Gophers lose, they will still have a chance to advance as the tournament is double-elimination.

Houlihan said words couldn’t describe her emotions after learning that the Gophers would be hosting an NCAA regional.

“I was beyond excited,” she said. “Everything is out of our control at this point. We competed against the best of the best. This state is going to get behind Gophers softball. It’s going to be a fun time.”

If the Gophers win the regional tournament, Minnesota will host a Super Regional May 23-26. All of the Minneapolis regional games this weekend will be televised on ESPN3.