Robberies in a precinct surrounding the UMN area in the first week of February doubled compared to the same time period last year. 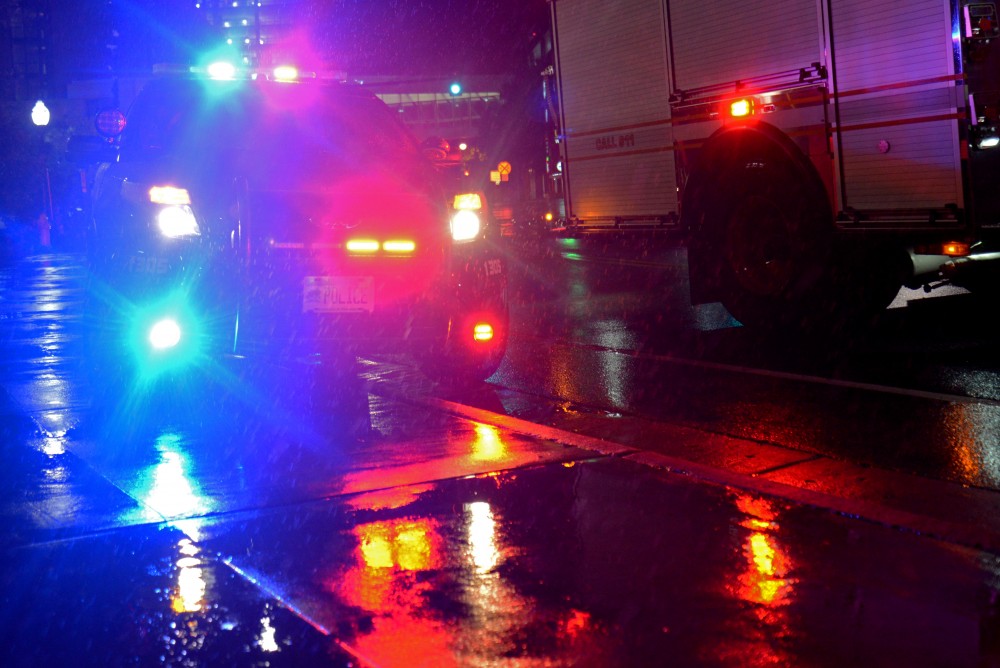 A police car parked outside of the Recreation and Wellness Center late Monday, Sept. 25, 2017.

A spike in robberies and relatively infrequent incidents of violent crime have occurred near the University of Minnesota recently.

“We’re not happy about it. I can tell you that it’s something we’re working hard to combat,” said MPD Second Precinct Inspector Todd Loining.

Five of these robberies occurred in the Marcy-Holmes neighborhood.

“It’s what we call a ‘hotspot,’” said MPD Second Precinct Crime Prevention Specialist Nick Juarez. “All the incidents occurred near the University Church of Hope. These are patterned; they occurred during 10 p.m. to midnight.”

Violent crime incidents have remained relatively low in the precinct this year, with just five crimes. The Second Precinct had the lowest total violent crime arrests in the city. The Fourth Precinct held the highest amount of the year to date with 40 crimes, according to Minneapolis Police Department arrest data. It covers the northwest corner of Minneapolis, starting just north of North Loop and Lowry Hill neighborhoods.

Four of the Second Precinct’s five violent crimes in 2018 occurred near the University of Minnesota campus.

Two University students were robbed at gunpoint on Jan. 22 near Marcy Park, and another gunpoint robbery occurred on Jan. 16 after the victim got off a Metro Transit bus on Bedford Street Southeast in Prospect Park. A student was robbed at gunpoint near Target Express in Dinkytown on Feb. 6. That same day, an assault occurred with a dangerous weapon near the University of Minnesota Medical School.

UMPD and MPD have had to balance their responses to crimes that fall out of their jurisdictions, UMPD Police Chief Matt Clark said.

UMPD and MPD dispatchers are in the same computer system, leading to greater surveillance of campus. “We can see where every car is in Minneapolis, and they can see where we are,” Clark said.

The Second Precinct saw a sizable uptick in crime during the first week of February. Between Jan. 30 and Feb. 5, there was a total of 10 robberies.

“[The number] is almost unheard of,” Loining said. “This is by far the worst week I’ve ever seen in terms of robberies.”

Loining said that seven of the 10 robberies were related. The majority of the robberies were at night and the suspects were described as juvenile males.

There was no trend among the victims who were targeted, Loining said, other than the fact they were walking alone at night. Most occurred on Tuesday and Thursday between 5:30 and 7:30 p.m., he said.

“Two suspects were arrested, and ever since then, the robberies [have] dropped,” he said.

Clark said students should take notice of the uptick in crime and walk in groups at night, or utilize University services like 624-WALK and Gopher Chauffeur.

“Students are as responsible for their safety as we are in public safety,” Clark said. “We’ve seen them learning over the years.”