The Minnesota Daily • May 30, 2012 • https://mndaily.com/187830/arts-entertainment/soundset-turns-five-ends-tornado-warning/

Soundset turns 5, ends with a storm

The premiere Midwest rap festival is run by Rhymesayers. 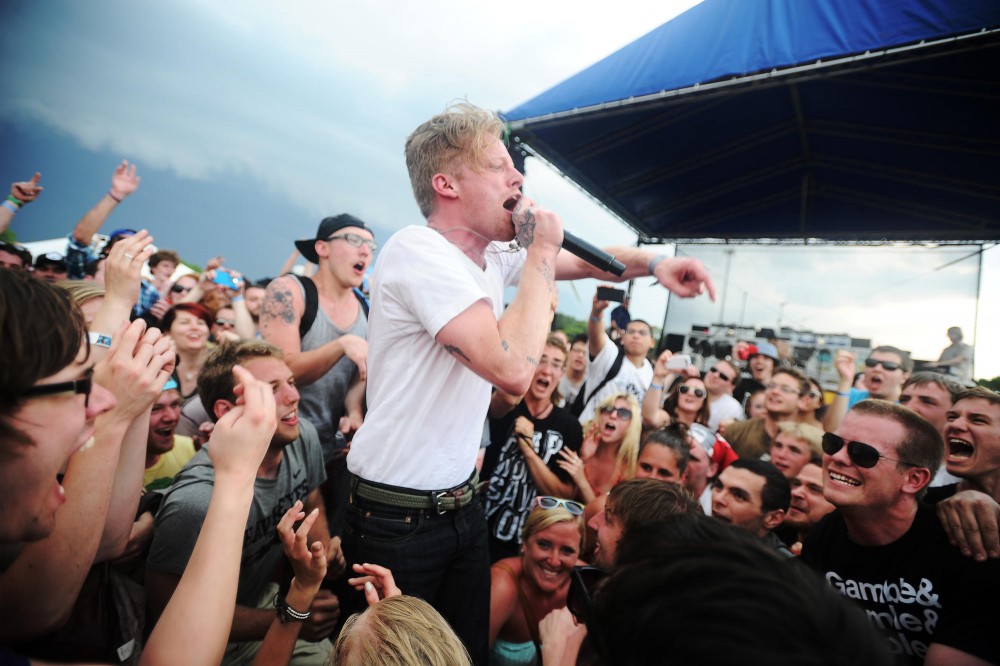 More often than not, discussions about the state of hip-hop devolve into a debate about the merits of backpack rap versus commercial rap. Is it about making it rain or making you think? Is it style or substance? Self-aggrandizement or self-deprecation?

Not only does Soundset show that the line between the two worlds is becoming increasingly blurred, it also reminds us that hip-hop isn’t simply a binary. Following a full-day rap marathon that included everyone from Wu-Tang Clan moguls Ghostface Killah and Raekwon to indie transplant Astronautalis to Dr. Dre protÃ©gÃ© Kendrick Lamar, Rhymesayer’s 5-year-old rap soirÃ©e at Canterbury Park is further proof that hip-hop can be as diverse of a genre as any other.

Despite 90-degree heat and some dark clouds that culminated in a tornado warning and forced the festival’s early finish, this year’s Soundset seemed as popular as ever. The estimated attendance figured at around 20,000.

“See this is the problem with Soundset,” said one attendee, commenting on the dense crowd that had already formed by the time Macklemore and Ryan Lewis graced the West stage in the early afternoon. But turnout played to the organizers’ advantage in more than one way. Foot traffic remained consistent and prompted more concertgoers to visit the smaller stages that were hosted by local young blood MaLLy and DJ Pratt alongside main stage emcee Brother Ali.

The first half of the day featured consistently solid sets from up-and-comers like Action Bronson and Danny Brown.

Temperatures seemed to hit their peak once Southern rhymeslayer Big K.R.I.T. — the blog rap sensation who went from toiling in obscurity to collaborating with Wiz Khalifa and Curren$y in a little more than two years — took the main stage just before 4 p.m. Despite playing to a somewhat unengaged audience, K.R.I.T. had one of the more exceptional sets of the day, finishing off with a poignant rendition of “The Vent.”

But the festival started to fall behind schedule, forcing East and West main stage acts (Aesop Rock, P.O.S., Kendrick Lamar) to perform back-to-back with barely any downtime in between sets. And as things started to cool down, Ghostface Killah and Raekwon launched into a blistering 40-minute performance that featured a variety of solo and group cuts from the Shaolin songbook.

But a particularly awkward moment killed some of the set’s momentum when the two invited crowd members onstage to rap along to classic verses from Method Man’s “Protect Ya Neck” and Ol’ Dirty Bastard’s “Shimmy Shimmy Ya.” Ghostface Killah seemed genuinely annoyed when three out of the four members froze up during the songs. But a young (and seemingly inebriated) attendee — Cliff from Minot, N.D. — saved the day before the two finished off with a performance of “C.R.E.A.M.”

Toward the end of the night, alt-rap local Astronautalis delivered a powerhouse performance on the Fifth Element Stage as Lupe Fiasco made his debut on the other end. But as the former wrapped up, the latter was interrupted when a tornado warning was issued for the area, and the festival came to an abrupt end. What followed was a sort of mass exodus — about 20,000 concertgoers simultaneously raced back to their cars. Some even resorted to the Canterbury building for shelter in order to avoid being soaked by the ensuing downpour.

It’s remarkable, albeit unsurprising, how Soundset has failed to lose any of its momentum since its official debut at the Metrodome five years ago. With quality lineups, a loyal regional fan base and a name brand whose influence has only broadened, it’ll be intriguing to see how the festival will evolve from here on.