Women of the world converge in Minneapolis 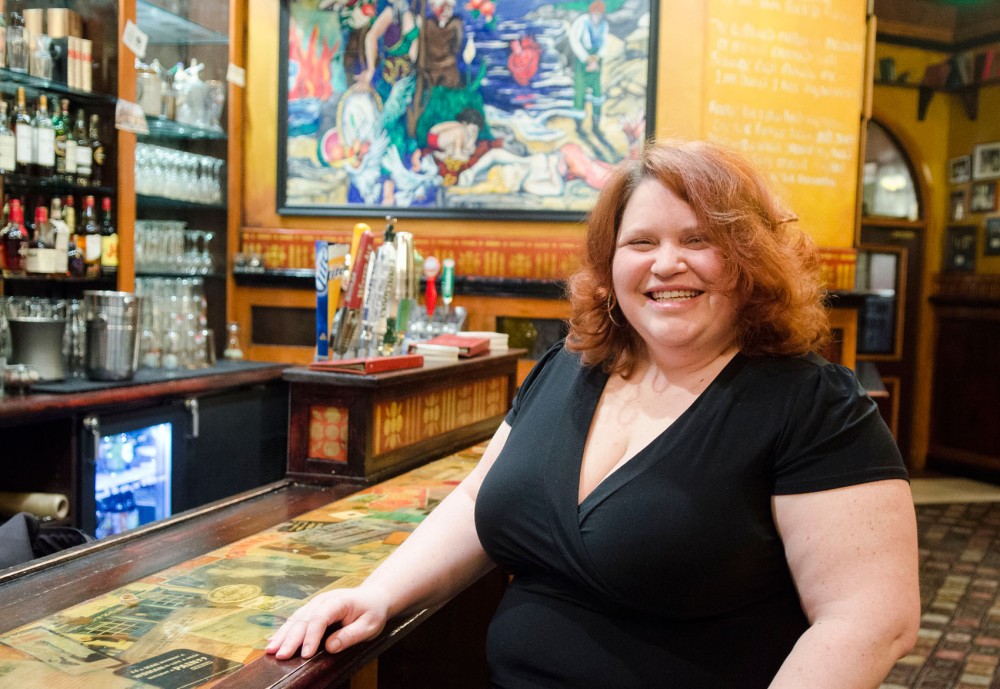 Cynthia French in the Poetry Room of Kieran's Irish Pub in downtown Minneapolis. French will be representing Minneapolis in the Women of the World poetry slam.

What: Women of the World preliminary bouts

Although the gender gap in slam poetry may not be as extreme as it is in the U.S. Congress or the NFL, poets are taking action.

“We still deal with the idea that women’s voices are less powerful,” said Dominique Christina, winner of last year’s Women of the World slam, which took place in her hometown of Denver.

“[This] is an opportunity to do something contrary.”

“It’s not that we don’t take it seriously. We’re taking it incredibly seriously,” Christina said. “But the competitors take care of each other. There’s a lot of support and nurturing.”

Kieran’s Irish Pub, the center for the slam, will be hosting several workshops and open mics throughout the weekend, including dirty haiku battles and improv lessons, available to anyone with $5.

Like the World Series, the Women of the World Poetry Slam is mostly a bit of a misnomer, primarily consisting of American poets with a few Canadians thrown in. This year, poet Ali Jacs is the sole competitor from outside of North America, hailing all the way from New Zealand. Although all the poems will be in English, there are a few distinct differences between regions.

“There’s a lot of humor in spoken word in Canada,” Jacs said. “As for New Zealand, we’re a little more laid back and relaxed.”

Christina has also noticed some cultural differences in poetry.

“Different areas have different rhythms in terms of both writing and delivery,” Christina said. “The South has its own flair and flavor.”

But regardless of their style or where they call home, all the competitors have at least one thing in common.

“There’s a benefit of women relating to women,” Christina said. “The sisterhood is vast in the experience.”