The red carpet for rappers 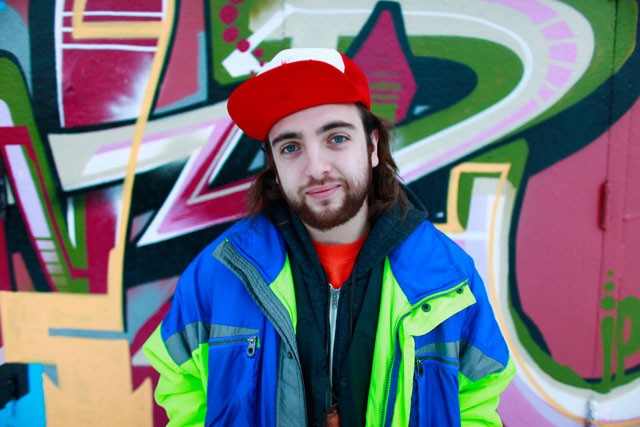 Any halfway conscious Twin Cities dweller is aware that hip-hop has become paramount to our local music scene. What they might not be aware of is that the verse-spittinâÄô brilliance extends far beyond the productions of Rhymesayers. All of the talent deserves celebrating, and theyâÄôll all get it this Friday at the 5th Annual Twin Cities Hip-Hop awards.

âÄúItâÄôs definitely the place to be for anything hip-hop related in the Twin Cities,âÄù said American Idol finalist and award nominee best R&B artist, Paris Bennett.

Initiated just five years ago, the awards show seeks to bring together the diverse community of Twin Cities artists in a positive way.

âÄúThe Twin Cities are awesome and great but thereâÄôs still tons of segregation,âÄù one of this yearâÄôs hosts Franz Diego said. âÄúWe have this huge underground hip-hop scene but the majority of people have no idea.âÄù

By guiding them together for a night of recognition and live music, any tensions that may exist in the outside world are temporarily dissolved.

In addition to the presentation of awards, show-goers can expect some fiery live sets from standout local names like Maria Isa, No Bird Sing and Paris Bennett.

Despite the clear encouraging vibes that the event is attempting to foster, in recent years itâÄôs been circled with controversy. One reason for this is the voting system. There is no cap to the number of online votes that users may cast for specific nominees. Artists could essentially have a group of their buddies sit at the computer and vote for them a million times. This bothers some people. While the true sentiment of the TC Hip-Hop awards is surely about community and itâÄôd be nice to assume the integrity of local artists, some folks just wonâÄôt shut up about it.

The other shred of controversy involves the unfortunate happenings of last yearâÄôs show: a physical fight onstage between emcee Boima Freeman and an anonymous stage-crasher.

âÄúEverybody thought it was a joke until they started fighting during the awards show,âÄù Diego said. âÄúIt sabotaged the whole event. Everybody had to leave.âÄù

The mediaâÄôs reaction to the fight was somewhat muddled and in response several local artists, including Diego, released written statements hoping to somewhat lift the fog.

That sporadic occurrence shouldnâÄôt cast a lasting shadow over the event. There are plenty of positives to focus on, mainly the loads of hip-hop artistry that will be witnessed firsthand.

âÄúEveryone is so creative here,âÄù Bennett said. âÄúI guess it shows that we really do have a lot of talent.âÄù

Talent, certainly, that will become more apparent and accessible through events like the hip-hop awards. Eyedea & Abilities articulate the collective feel of local hip-hop best: âÄúAinâÄôt nothing quite as beautiful as music.âÄù