The Aurora Center hired a new men’s engagement coordinator and plans to increase both the assistance to men and education. 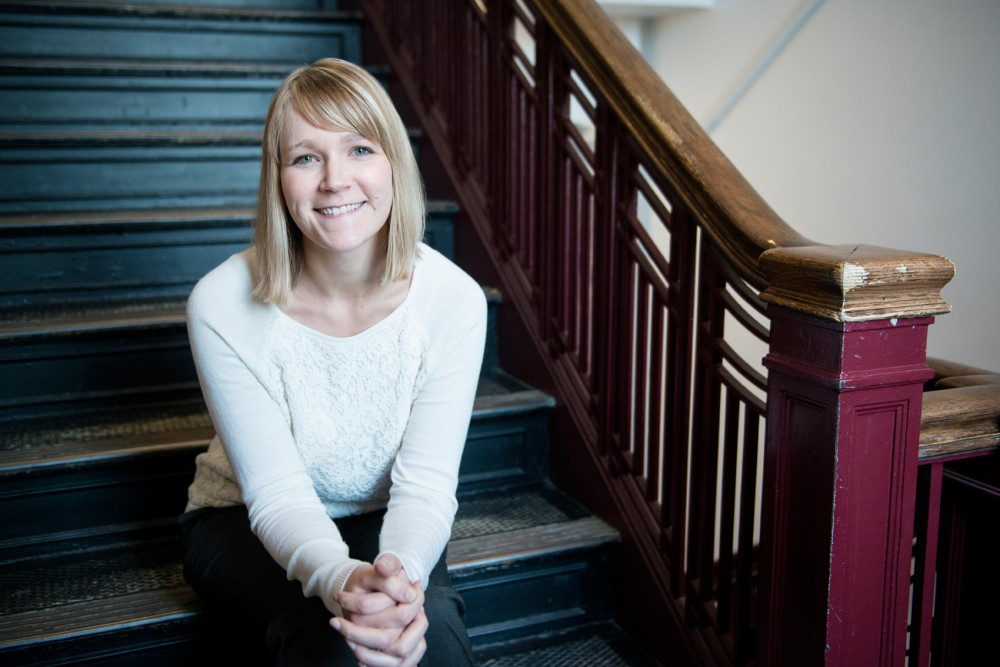 After a yearlong search, the University of Minnesota’s Aurora Center hired a new employee earlier this month specifically to help engage men in conversations about sexual assault prevention.

Jeni Kolb, the new men’s coordinator, said she will also focus on raising awareness for and supporting male victim-survivors.

The center has been searching for a men’s engagement coordinator since early this year.

Previously, Kolb worked part-time with victim-survivors of sexual assault at a women’s shelter while an undergraduate at the University of Wisconsin-La Crosse.

She graduated with degrees in sociology and women’s, gender and sexuality studies and received her master’s from Iowa State University.

The center’s staff is going to expand its reach to predominately male parts of campus, she said.

“I think where Jeni and I are going to focus our efforts are on male-identified populations that maybe haven’t gotten so much outreach — for instance, focusing on the STEM fields or ROTC populations,” Thomas-Card said.

Research shows that sexual assault prevention messages are most effective when they’re delivered by and to a mixed-gender audience, Thomas-Card said.

Alongside the new hire, the center is also launching other initiatives centered on males and masculinity, Kolb said.

The center will host a monthly discussion series focused on masculinity issues, she said.

In the future, the center’s staff wants to start a support group for male victim-survivors of sexual assault or relationship violence, Thomas-Card said.

Kolb will also assist in expanding the Step Up program, which is designed to educate and encourage bystanders to intervene, like when someone has had too much to drink to offer consent.

“In order to truly end sexual violence, we need men and people of all genders as part of the conversation and realizing that they’re part of the solution,” Kolb said.

The center hopes to eventually make the current pilot position a permanent one.

“We really do see this as an important area in the anti-sexual-violence movement,” Thomas-Card said.

Ang said he focuses primarily on education and prevention outreach in the community, working as an adviser for the student group Men Against Rape and Sexual Assault.

“The majority of men won’t perpetrate violence, but they are a big part of a culture that supports or condones or remains silent in the face of gender-based violence,” Ang said.