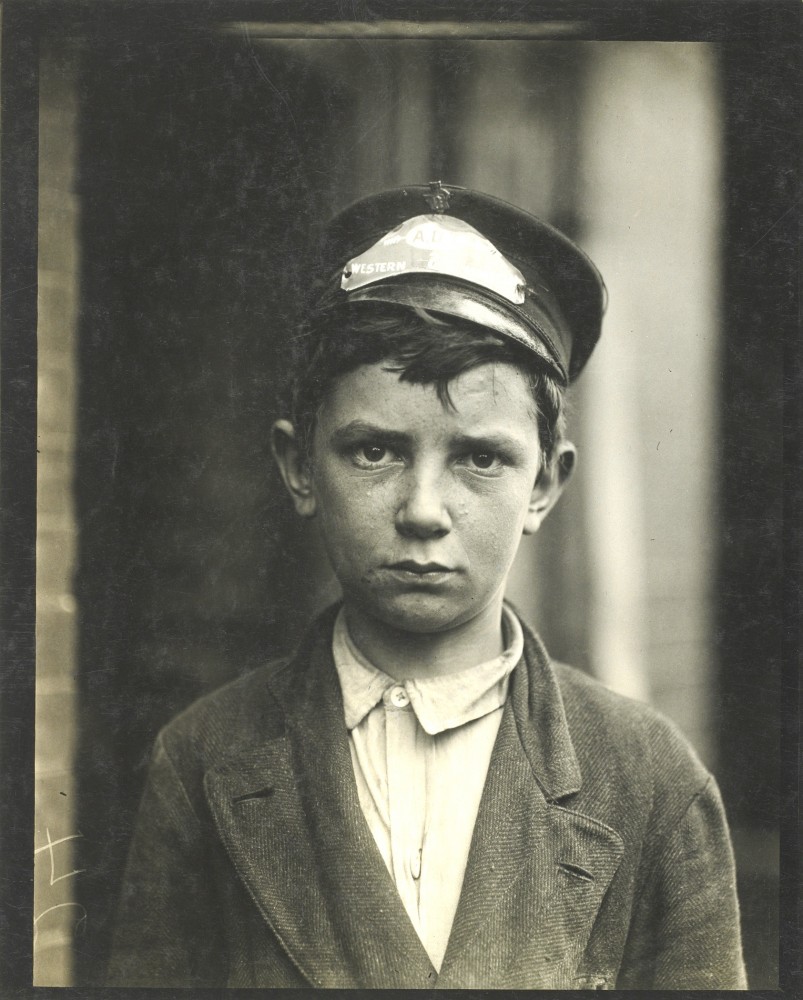 WHAT: âÄúMasterpiece Photographs from the MIA-The Curatorial Legacy of Carroll T. HartwellâÄù WHERE: Minneapolis Institute of Arts, 2400 Third Ave. S. WHEN: Oct. 2 to Jan. 25 ThereâÄôs a certain sort of reverence reserved for museum galleries, an eloquent silence. The voices of passers-through never seem to rise above a whisper, and a noisy high-schooler obnoxiously trying to impress his friends within the confines of that sacred room warrants dirty looks and shushes. Besides the click-clack of shoes on the well-trod, scuffed-yet-shiny herringbone floor and the quiet comments exchanged in hushed tones between observers, the room exudes peace and stillness. And rightly so, for the Harrison Photo Gallery at the Minneapolis Institute of Arts holds treasures so priceless that they warrant such awe. The Harrison Gallery is currently home to âÄúMasterpiece Photographs,âÄù an exhibit of 50 of the museumâÄôs 10,000 photographic works of art. It is an homage to the work of the late photo curator, Carroll T. Hartwell (better known as Ted), who passed away last summer and left an astonishing, meticulous body of work. Hartwell played the role of curator from 1962 until his death and during his career accumulated work by famed photographers such as Richard Avedon, Walker Evans and Diane Arbus. After his passing, the museum began to compile an exhibit honoring his legacy. In addition to paying respects to Hartwell, current curator Christian Peterson had the monumental task of narrowing the InstituteâÄôs archives of 10,000 photos to 50 to 75 photos. âÄúI was trying to cover the history of the medium,âÄù said Peterson. âÄúI included an image when I thought it really stood for an entire movement, but also stood as a spectacular image in its own right.âÄù âÄúTed was captivated by humanistic photography, where the photographer is telling a story or trying to reveal an injustice,âÄù said Peterson. âÄúHis two major passions were documentary photography and photojournalism.âÄù A great many of the images are icons in the history of photography; theyâÄôre photos seen thousands of times, from pages in textbooks to âÄúart printsâÄù hung in doctorâÄôs offices and dorm rooms. Yet in their arrangement in the Harrison Gallery, they take on new life, viewed separately or as a collective. âÄúItâÄôs a great way to see the history of photography in just 50 pictures,âÄù said Peterson. âÄúAnd an opportunity to see these masterpieces.âÄù The exhibit boasts the most stirringly affecting image taken of blonde bombshell Marilyn Monroe, shot by Richard Avedon in 1957. There are thousands of famous photos of the oft-photographed actress, but AvedonâÄôs black-and-white rendering of the glamorous Monroe in an insecure and unprepared moment is far more magnetic and moving than, say, the image of Monroe over a subway grate, white crepe dress billowing over her head. This is Marilyn Monroe the woman, not Monroe the sex symbol. There are portraits straightforward in their honesty, like those done by Walker Evans during the Great Depression and another by Gordon Parks of âÄúRed Jackson, Harlem Gang Leader,âÄù and photos captivating in their oddity, like Diane ArbusâÄôs photo of the âÄúJewish GiantâÄù Eddie Carmel, who once toured with the Ringling Brothers and died two years after Arbus snapped his portrait. The museum boasts the Upper MidwestâÄôs most comprehensive and significant collection of such masterpieces, and it shows in this cohesive compilation. The exhibit is arranged chronologically, beginning with an 1845 âÄúsalt printâÄù by William Henry Fox Talbot and ending with an amusing portrait of a model airplane enthusiast taken by celebrated Minnesota local Alec Soth in 2002. A daguerreotype taken within the years of 1852 to 1858 hangs near an image of the excavation of the Sphinx. The exhibit never fails to spark its viewerâÄôs curiosity and interest, no matter the imageâÄôs era or subject. ItâÄôs the history of our world, from the âÄúAvenue of the AmericasâÄù stretching out across the confines of an entire wall in storefronts of Anytown, U.S.A. to the breathtaking moonrise over a New Mexico graveyard captured by Ansel Adams. The details these talented photographers have captured for our viewing pay testament to the beauty and creativity of the movement, and the images are those youâÄôll never forget.