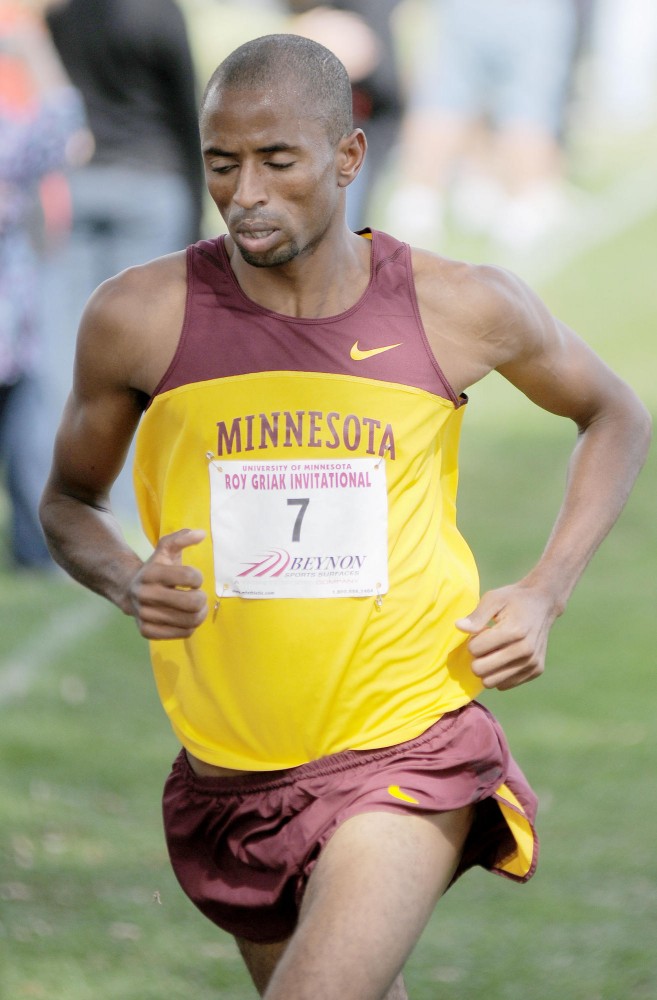 The Gophers menâÄôs cross country team placed seventh Friday at the Adidas Invitational in Madison, Wis., its final meet before the Big Ten Championships on Oct. 30.

It was a meet peppered with ranked talent as the field featured 21 of the top 30 teams in the country.

Lawi Lalang of Arizona won the race with a time of 23 minutes, 11 seconds.

Lalang also won the Roy Griak Invitational on Sept. 24 when he finished 33 seconds ahead of Mead.

Mead, however, was only 20 seconds off of LalangâÄôs pace at the Adidas Invitational.

âÄúI feel great right now âÄî [my] body is healthy, the legs are good,âÄù Mead said in a release after the Adidas Invitational. âÄúIâÄôm just excited and glad to be back running.âÄù

The No. 17 Gophers finished ahead of four teams ranked higher than them in the national rankings Friday. As such,  Minnesota gained crucial points toward the Nov. 21 NCAA Championships by beating teams ranked in different regions of the country.

âÄúI think it was a good performance,âÄù menâÄôs head coach Steve Plasencia said. âÄúOne of the goals was not necessarily to beat ranked teams, but beat teams that were ranked toward the top in their respective regions.

If Minnesota doesnâÄôt finish first or second in its region, it will rely on an at-large bid. Beating those other top-tier teams will help get them that bid.

Pieter Gagnon and Andrew Larson were the GophersâÄô second and third finishers on the team and placed 51st and 52nd, respectively.

âÄúWhen you say 51st and 52nd place you think, âÄòOh gosh they were a ways back,âÄôâÄù Plasencia said. âÄúBut in a field when you have as strong as that field was, those guys ran well.âÄù

Minnesota did not have enough team finishers to acquire a team score in the Jim Drews Invite.

âÄúThe most important race for the overall program was the Adidas Invitational and I was very pleased with [our] performances there,âÄù Plasencia said. âÄúIf we can perform on that level and increase it moving forward we will be happy with the result.âÄù

For the womenâÄôs cross country team, FridayâÄôs Adidas Invitational in Madison, Wis., was all about how it started.

Minnesota didnâÄôt start fast enough on the flat course, and by the 500-meter mark, it was too far back to catch up, according to womenâÄôs head coach Gary Wilson.

âÄúThey all knew that they had gone out a little too slow and had to fight up through and when they got done I think they were like, âÄòI wish I could run this again,âÄôâÄù Wilson said.

Molly Kayfes was the teamâÄôs second finisher on the team as the freshman continued to impress the coaches.

Missa Varpness, on the other hand, struggled.

She was the No. 2 runner from last year and going into the season, but has not lived up to those expectations.

Varpness finished 295th overall and seventh on the team.

âÄúSheâÄôs letting her physical problems that she had back at the Oz Memorial affect her mentally,âÄù Wilson said. âÄúShe knows that and sheâÄôs working on that and sheâÄôs going to be just fine.

âÄúShe will bounce back at the Big Ten for sure. I have no doubt about it.âÄù

Although the Gophers underperformed at the Adidas Invitational, the team placed second Saturday with 58 points at the Tori Neubauer Invitational in La Crosse, Wis., with its second-stringers.

âÄúThey ran the best race that IâÄôve seen them on all year,âÄù Wilson said. âÄúThey were focused, they were engaged, and they were up where they should have been.

âÄúIf our group [Friday in Madison] would have been that focused and engaged at the beginning we would have had a different race yesterday.âÄù