Alexis Hart is playing with LP Kangasala in Finland. 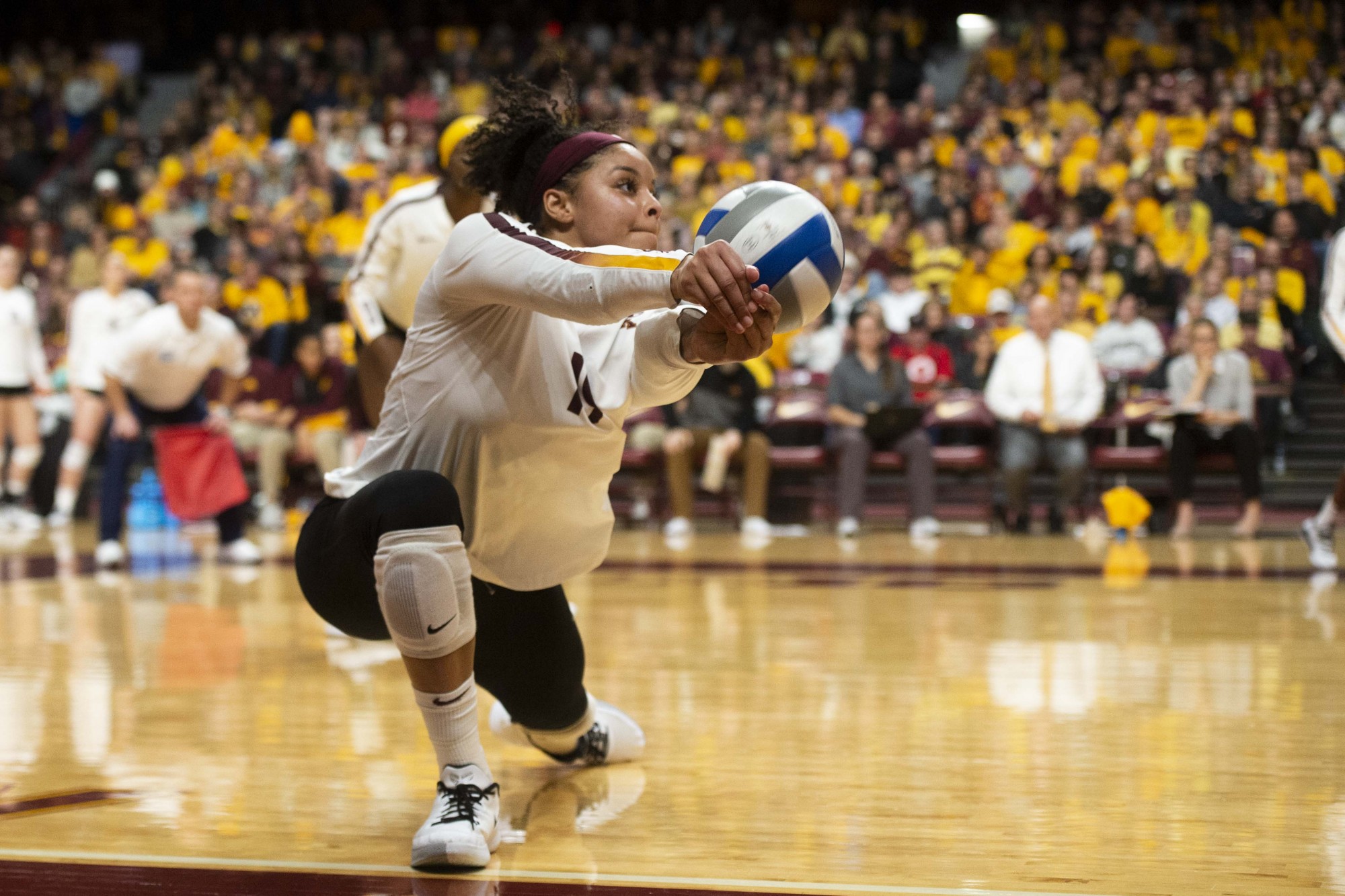 Outside Hitter Alexis Hart dives for the ball at the Maturi Pavilion on Friday, Nov. 22. The Gophers took Nebraska to five sets but ultimately fell 3-2.

The Gopher volleyball team’s Final Four loss to Stanford didn’t mark the end of volleyball for outside hitter Alexis Hart.

In her career at Minnesota, Hart was a two-time All-American selection, a four-time All-Big Ten selection and helped lead the Gophers to two Final Four appearances. It’s no surprise she had expressed interest in continuing her volleyball career after graduation, and she didn’t have to wait long after her senior season concluded before that became reality.

The day after the Gophers’ season ended, Hart was approached by agents at the All-American banquet looking to help her reach the next level. With the help of head coach Hugh McCutcheon, she found the right fit and signed her first professional contract with LP Kangasala in Finland.

It also wasn’t long until Hart found herself on the court for the first time. She landed in Finland and a day later, she played in her first professional game.

“All my teammates were, like, screaming and clapping for me,” Hart said. “It was just cool to have a great support system even though they had only known me for like three days. It was a really great experience and a great feeling.”

Hart didn’t anticipate all the great friendships she made so quickly in Finland. She also didn’t expect all the familiar faces she’d see along the way. There are three Americans on LP Kangasala, including one who Hart had played against in college. Game by game, she ran into more familiar faces, many of whom she played against during her collegiate career.

“Each team has like one or two Americans … so it was just pretty cool to talk and share each other’s experiences,” she said.

Some of those experiences for Hart included adjusting to a new system and being in a new country for the first time. The biggest adjustments were the rule changes and the different pace of play, but Finland was a new experience in and of itself. While most of the players speak English, she’s picked up on a new language by learning some Finnish words throughout the season.

She also had to adjust to an unexpected surprise: the snow.

“Way more than Minnesota,” she said.

Unfortunately, Finland was not immune to complications from COVID-19 and the volleyball season was canceled amid the pandemic. LP Kangasala was in the middle of a successful season prior to the cancellation, sitting at second in the league. Hart missed out on what would have been her first professional playoffs.

Despite the unfortunate end, Hart’s first professional season was a positive experience. She’s looking forward to the opportunity to play again.

“I didn’t realize I was going to miss it this much. Just being able to play volleyball again, have another great experience being overseas,” Hart said. “I’m really excited looking forward to the whole season instead of just half a season.”