Bolina – what’s beneath the struggle

"Night Train to Bolina" treads heavily on issues such as child abuse and poverty. 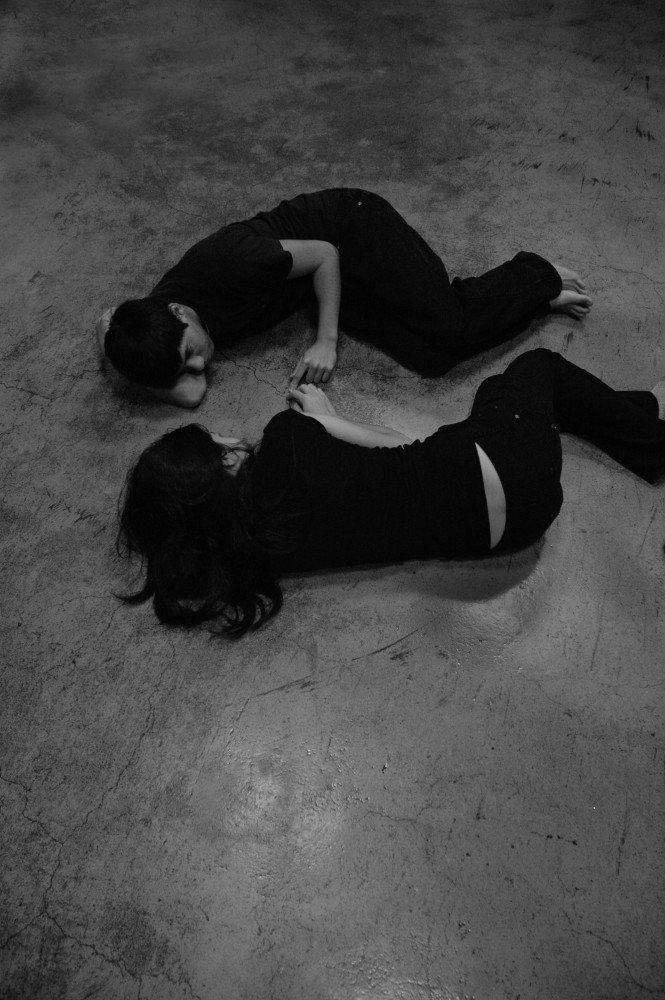 PHOTO COURTESY UNIVERSITY DEPARTMENT OF THEATRE ARTS & DANCE. Mateo and Clara curl intimately in the center of the stage.

âÄúNight Train to BolinaâÄù DIRECTOR: Dominic Taylor WHERE: Rarig Center’s Kilburn Arena Theatre WHEN: Feb. 27 âÄì Mar. 7 PRICE: $10 students âÄúMy Papa says that when kites gets lost, they go to Bolina,âÄù says Mateo, a young, abused boy in the upcoming production of âÄúNight Train to Bolina,âÄù written by Nilo Cruz . The play centers on young children in a nondescript, violence and poverty-stricken Latin American country, fighting to survive during a terrible drought. The children find themselves constantly struggling against the forces that be. Whether they suffer from parental violence, pending starvation or sexual assault, each child is faced with the very possible reality that they may never escape their pitiable fate. Despite the dark themes, the children try to have fun, imitating showers as a sort of rain dance and flying kites through the cemetery. âÄúEach character is dealing with issues of reality,âÄù said Emily Jones, a first-year in the theater arts program. âÄúThey have a lot of dreams in this show, and they can always go back to those.âÄù Jones plays Talita, a 15-year-old sexual abuse victim whose father carts her off to a missionary. âÄúSister Nora tells [Talita] that her body is dirty, because of the abuse,âÄù Jones said, âÄúand she is constantly dealing with an inward struggle with no family to rely upon.âÄù âÄúNight Train to BolinaâÄù is JonesâÄôs first University of Minnesota production, and the cast has been working day and night, 25 hours a week, to make this show rise from the script. Dominic Taylor, director of the show and assistant creative director at Penumbra Theatre , lauds the talented students during rehearsal. âÄú[The actors] are asked to go to places they can only imagine âÄ¦ luckily, none of them had had experiences like [the showâÄôs characters],âÄù he said. Taylor studied with writer Nilo Cruz in graduate school at Brown University. When he participated in the show that Cruz produced in graduate school, Taylor was instantly struck by the artistâÄôs wit and social importance. âÄú[Cruz] is a smart, talented and lyrical writer,âÄù Taylor said. HeâÄôs made additions and amendments to the show since then, translating some moments into Spanish and adding stoic soldiers that frequently march through the playâÄôs set. Because of the showâÄôs theme, Amnesty International has agreed to pair with the University Department of Theatre Arts and Dance . A table will be set outside at each performance to raise awareness and discuss ways to combat global poverty and promote childrenâÄôs rights worldwide. The constant smattering of violence and abuse is a tragic look into a world often forgotten. Jones said the show reminds âÄú[students] to treat everything as the last of its kind, so we remember to treat it with respect.âÄù The work is moving and inspiring in its scope and glaring honesty.