A two-time national champion, assistant coach Geralen Stack-Eaton is putting her expertise to use for the Gopher women's gymnastics team. 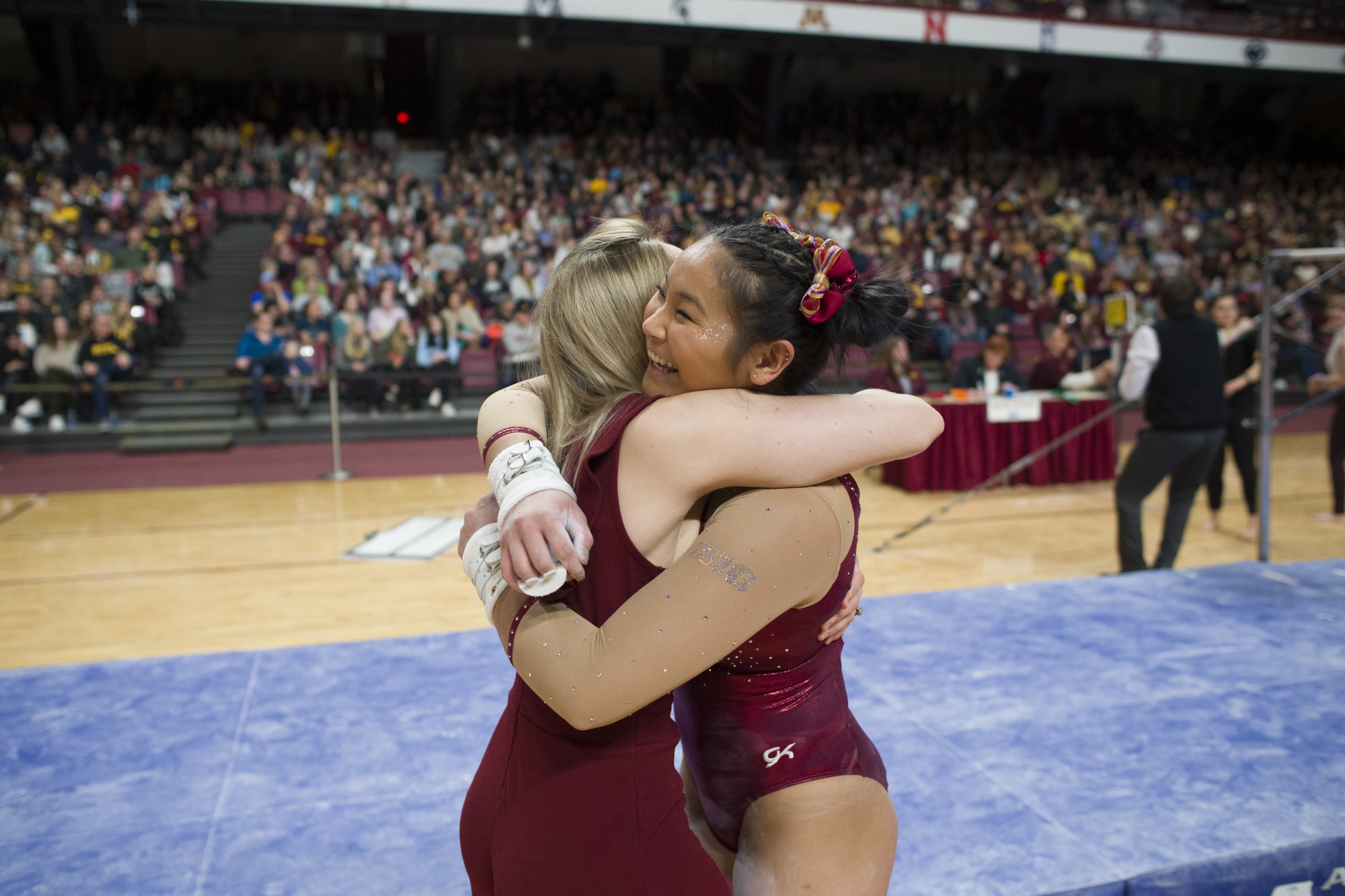 Courtesy of University of Minnesota Athletics.

It should come as no surprise that halfway through the regular season, the Gophers’ women’s gymnastics team boasts the second-best balance beam unit in the country. After all, they have a former national champion leading the group.

Geralen Stack-Eaton won the 2012 NCAA balance beam championship as a member of Alabama. Now, eight years later, she has proved an integral part of the No. 8-ranked Gophers as an assistant coach.

“She was a very strong competitor and was amazing on beam,” said senior Ivy Lu. “I think we really learn from the way she did it back in college. It’s pretty fun to learn from her.”

It appears her teaching is paying off. Along with leading one of the top beam groups in the country, the event has been by far the Gophers’ best of the four this season. Under Stack-Eaton’s tutelage, Minnesota had its best beam performance in program history — a 49.700 during the Rutgers quad meet on Jan. 18 — which was also the best of any single event by the Gophers this season.

During her time competing at Alabama, Stack-Eaton was a part of back-to-back national championship teams in 2011 and 2012 and was named NCAA Division I Gymnast of the Year. Along with her beam title, she also won the NCAA Floor Exercise Championship in 2011.

But for Stack-Eaton, it isn’t just about performing in the meets. It takes a lot of steps to get there, especially now performing in front of thousands of fans, something she’s works hard to get the gymnasts comfortable with.

“I thrived under the pressure [when I competed] so I really loved it,” Stack-Eaton said. “I’m trying to teach these guys that pressure is a good thing, and not everyone gets to have pressure cause that means you’re really good. It’s something we talk to them about and say to them ‘have fun with the pressure.’”

For one of the Gophers’ top gymnastics, junior Lexy Ramler, she’s done just that.

“Success doesn’t come overnight. [Stack-Eaton] has just had the experience of being an athlete and competing in those high pressure environments,”Ramler said. “That’s what she’s able to bring. Having that specific experience and bringing that confidence onto us.”

Ramler’s sentiment was echoed across the Gopher roster.

Minnesota’s confidence is shining through on the beam and on every other event. After dropping their season opening meet against Denver, the Gophers have won four straight meets, routinely setting new program records every weekend.

Now, with the Big Ten Championships just over a month away, the message from Stack-Eaton is simple. Maintain it.

“We just want to continue to finish strong and be consistent and not fall off on beam [rankings] for the rest of the season,” Stack-Eaton said. “Going into bigger meets, I’m really believing in them that they’re gonna have the confidence to pull through.”