Keith Ellison urged people to vote for other Democrats. 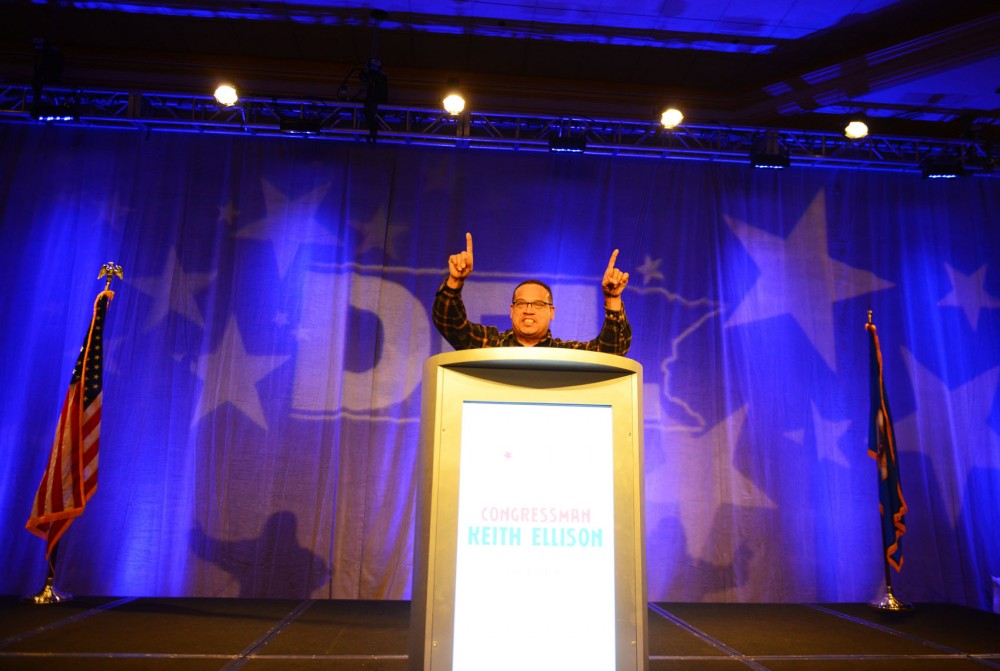 As the smoke cleared Tuesday, Keith Ellison emerged with another term in Congress.

U.S. Rep. Ellison, D-Minn., who represents the University of Minnesota and surrounding areas, won with more than 70 percent of the vote — nearly 25 percentage points more than his Republican challenger, Doug Daggett.

It will be Ellison’s fifth term. He was first elected to represent Minnesota’s 5th Congressional District in 2006.

While campaigning for this election, the University Law School alumnus said he urged people to vote not only for him but for other Democratic candidates — especially considering the historically left-leaning district he represents.

“If all I do is win, I haven’t done much at all,” Ellison said. “So voter turnout is what it’s all about to us.”

Because of the district’s makeup, the race wasn’t very competitive, and it didn’t receive a lot of attention, said Kathryn Pearson, a political science associate professor at the University and an expert on the U.S. Congress.

Pearson said most midterm elections for the U.S. House of Representatives aren’t close. Twelve congressional districts in the U.S. are considered toss-ups, she said, but Minnesota’s 5th District is not one of those.

“I want to let you all know how proud I am to be a member of the Democratic-Farmer-Labor Party. … The best thing we got going is our unity,” Ellison said.

As part of Ellison’s campaign to rally support, the north Minneapolis resident hosted a concert at First Avenue in downtown Minneapolis on Sunday.

Justin Young, who worked on Ellison’s campaign, said he felt satisfied during the days leading up to Tuesday.

“It’s been crazy,” he said. “We did a lot of door-knocking and tried to be visible.”

Ellison said one of the most important issues for the University’s district is income inequality.

“Reducing the price of college is important, too,” Ellison said. “Gov. [Mark] Dayton and the state Democrats did a fundamentally great job by holding tuition frozen in the last term.”

Ellison’s Republican-endorsed opponent Doug Daggett said although the district historically votes for the Democratic Party, he remained true to his principles during the election.

“It’s an honor to get out there and stand for what I’m confident is in the district’s long-term best interest,” he said.

Daggett, a Carlson School of Management graduate, said the campaign had gone well overall. It was his first time running for a political office.

“It’s a great honor to stand up and fight for the people of the 5th Congressional District,” he said. “No matter what election results say, we can hold our head high knowing we stood up.”

If he had won, Daggett said he would have focused on improving education outside of the U.S.

He said he would have also focused on supporting local startups and loosening government regulations for businesses.

At the polls Tuesday, a number of students said their choice for the position largely depended on the candidates’ party affiliation.

“I usually vote Republican,” said Eddie Glozman, a University finance senior who said he voted for Daggett. “I kind of went more bipartisan this time, but my views generally line up with Republicans’.”

Other students, like communications freshman Emily Anger, voted for Ellison and other Democrats on the ticket. Anger said the party generally matches her beliefs.