Taiye Bello came down with a crucial rebound in the final seconds and Minnesota went on to win by four points. 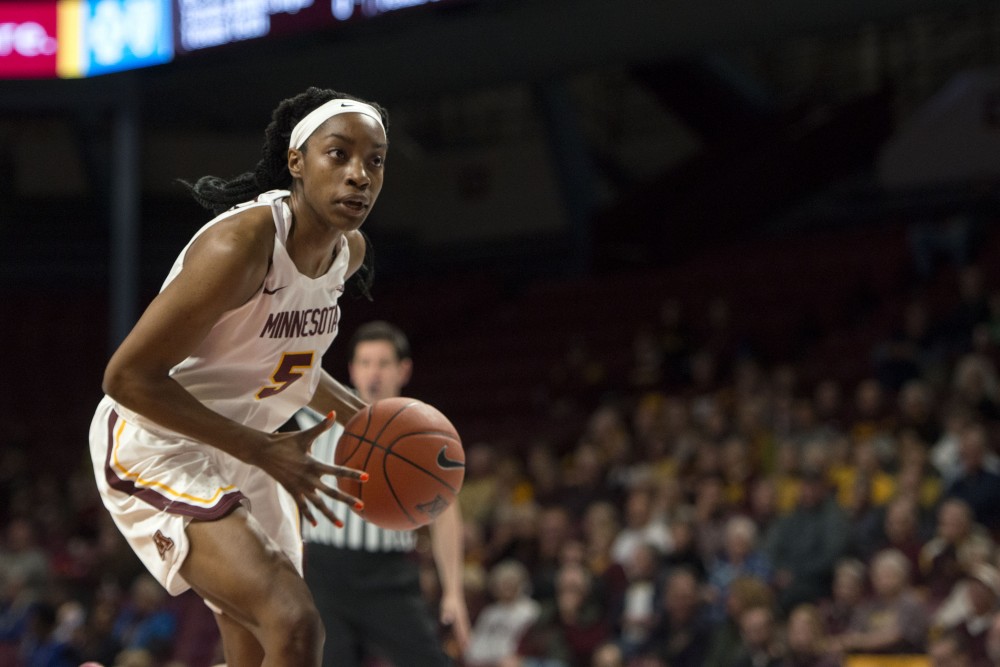 The Minnesota women’s basketball team travelled to Simon Skjodt Assembly Hall in Bloomington, Indiana Wednesday for a game against the Hoosiers (17-6).

Coming into the contest, Indiana had won three straight games against Minnesota, including an 82-70 outing when the two teams met last season.

The Gophers turned around their recent fate against the Hoosiers in a 65-61 victory, their third consecutive win.

This time around, things got off to a good start for the Gophers. The team claimed a 14-4 lead about six minutes into the first quarter off of a pair of 3-pointers from senior Irene Garrido Perez. Minnesota finished the first period with a 16-8 advantage.

Garrido Perez looked like a different player for Minnesota while her teammates jelled well around her and kept the Hoosiers on their toes. Garrido Perez has recently been thrust into a starting role on the team in place of junior guard Jasmine Brunson, who started the first 18 games of the season.

In Wednesday’s game, Garrido Perez rose up to the occasion of her new responsibilities. Coming into the game she had averaged two points a game, but on Wednesday night she was the difference-maker, scoring nine points in the first half alone.

A 9-1 run from Indiana brought the game to a 21–20 score near the halfway mark of the second quarter. Then, Minnesota pulled away again with a 6-0 push in which the visitors held Indiana scoreless for five minutes. By halftime the score was 27-20.

During the third quarter the teams scored a combined 41 points to get to the final period with an eight-point difference at 48-40.

Entering the fourth quarter, the Gophers had kept the Hoosiers on the ropes all night long. They only had to close the game out, something the team struggled to do earlier in the year, especially during a stretch when they lost seven of eight conference games.

Indiana made an impressive late-game rally to get the score within two points with 26.3 seconds remaining. However, a crucial rebound by Taiye Bello grabbed a crucial rebound off a missed free-throw in the final seconds to help put the game away.

With the win in Indiana, Minnesota now moves to 5-3 in road games this season. Next, the Gophers will play against Northwestern at Williams Arena.