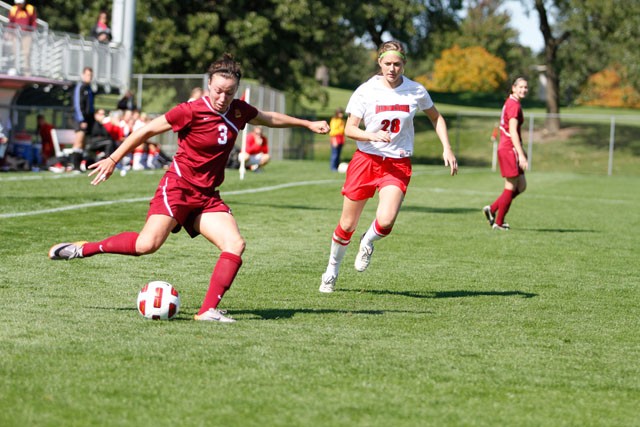 The University of Minnesota is officially on the pro soccer map.

Former Gophers star Katie Bethke signed a free-agent contract with the Atlanta Beat of the WomenâÄôs Professional Soccer league, becoming the first player in program history to join the WPS.

âÄúI am ecstatic about becoming a part of the Atlanta Beat family, and I could not ask for a better atmosphere, coaching staff and facility,âÄù Bethke, who is currently competing with the U-23 national team in the Four Nations Tournament in La Manga, Spain, said in a release. âÄúI cannot wait to get the season rolling and show the WPS the quality Atlanta will be bringing to the field this year.âÄù

The Eau Claire, Wis., native ended her Minnesota career as one of the most decorated athletes in school history, ranking second all-time in assists, fifth in points and eighth in goals, and was a three-time All-Big Ten selection.

Bethke is coming off a senior season in which she led the conference in assists and finished second in points. The forward helped guide the Gophers to their second Sweet Sixteen appearance in program history after helping them to their first in 2008.

âÄúKatie Bethke has been instrumental to the success of Minnesota soccer, and it is an honor for her to be the first member of the Gophers family to sign a WPS contract,âÄù Minnesota head coach Mikki Denney Wright said. âÄúWe wish her the very best as she continues what will undoubtedly be a successful career.âÄù

The WPS is the highest level of womenâÄôs professional soccer in North America. The six-team league began play March 29, 2009. It was comprised of seven teams for its first two seasons, but will be playing with six teams for the 2011 season.

The Atlanta Beat joined the WPS as an expansion team in 2010. Bethke will join Lauren Sesselmann, formerly of Purdue University (2001-05), as former Big Ten players on the Beat roster.

Atlanta will open its regular season Saturday, April 9, against the Boston Breakers.