The sophomore improved after an up-and-down freshman year. 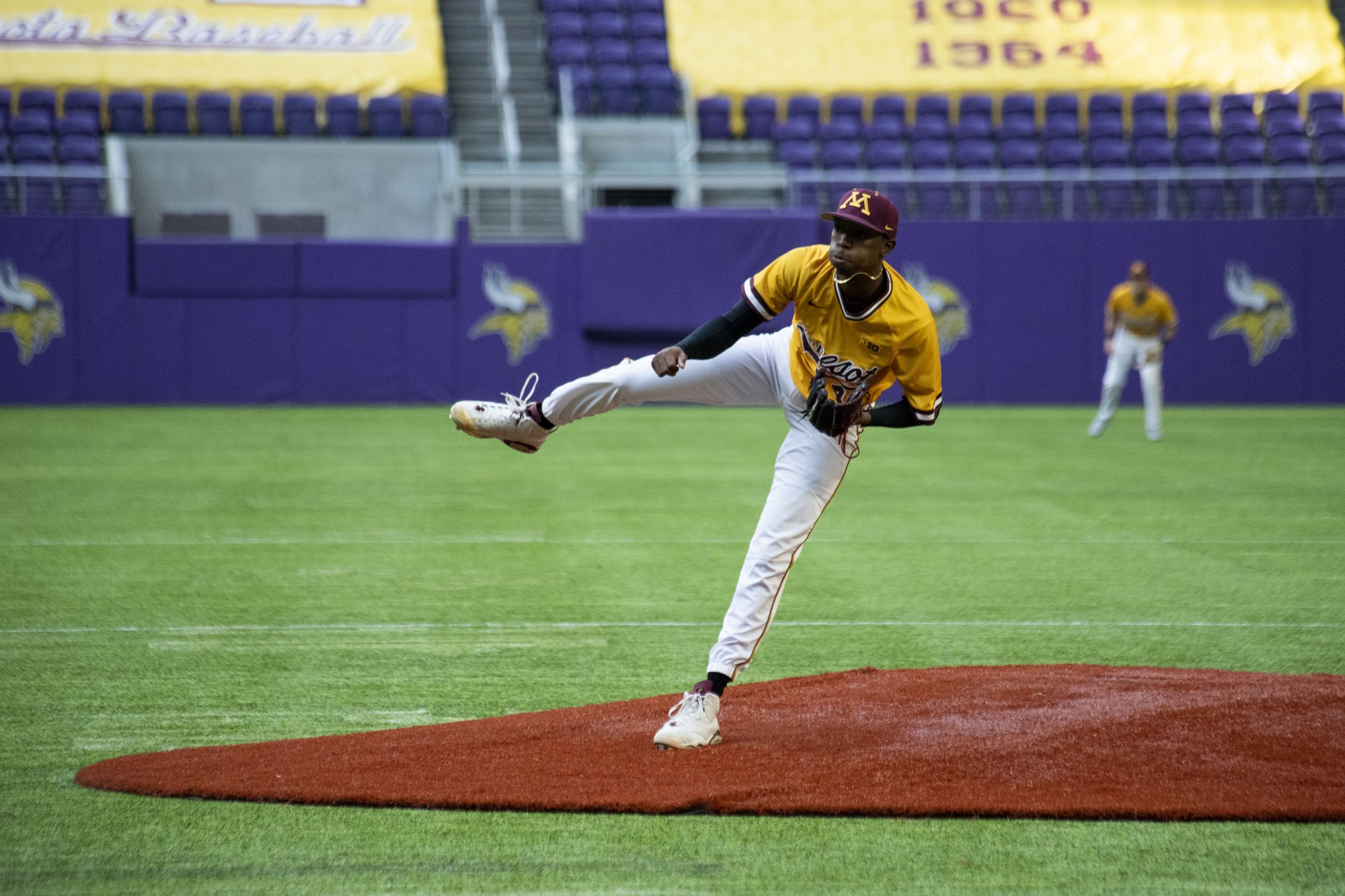 Every student-athlete has their own reasoning for choosing a certain university. For Gophers pitcher J.P. Massey, it wasn’t just the product on-field that attracted him but the culture it provided.

The second-year pitcher from Chicago said he came to Minnesota to focus on his development in the next stages of his life. Massey thought the history of the baseball program and the team’s culture would help him continue to grow his game as a pitcher. On top of that, Massey said he wanted to move further from his hometown as a way to get out of his comfort zone and gain more independence as a young adult.

“The culture at Minnesota was just so different than any other university that I went to [visit],” Massey said. “It was truly like a family-built culture and everything about the program was nothing but developing you for the next four years of your life. It went so far beyond baseball for me.”

In his two-year journey as a Gopher thus far, Massey has seen several different obstacles come in his way of this development. He said he had an up-and-down first year with the Gophers, experiencing different highs and lows throughout the season. But that only motivated Massey to work diligently in the offseason to improve with a year under his belt.

Massey made 15 appearances in 2019, but only three were as a starter. While he made it a priority to do what the team needed from him to win, Massey wanted to transition into a starting role this season. To do so, he knew he would have to become more comfortable throwing off-speed pitches for strikes and build his endurance to throw deep into games.

In the small sample size that was the 2020 season, Massey made strides and started to move into the starting rotation. He had only pitched 5.2 less innings than he had in in 2019 while making 10 less appearances due to the shortened season. The work on his slider and changeup was also paying off. He was on pace to throw significantly more strikeouts than ever before.

But now with the spread of COVID-19, a new challenge has been thrown in the way of not only Massey’s development but practically every collegiate athlete across the country. Massey is back home in Chicago and unsure how this will affect his growth as a player, but he is trying to take advantage of this time off and allow himself to rest physically and mentally.

“I don’t know exactly what this means, what the point of this is for me in my life,” Massey said. “There’s always a reason for things happening and it could just be to get back focused on my body, let things heal and make sure I continue to get stronger, develop and just take a mental stop.”

Moving forward, Massey could be expected to take another step forward as the Gophers may have a void at the No. 1 spot in the starting rotation, with junior Max Meyer currently undecided on whether he will enter the MLB Draft. No matter what happens, Massey is focused on doing his part to improve and help Minnesota succeed next season.

“Going into the offseason in moments like now, it’s just about working as hard as I can to become the best version of myself,” he said.