Minnesota’s seniors lead the way in their final home game 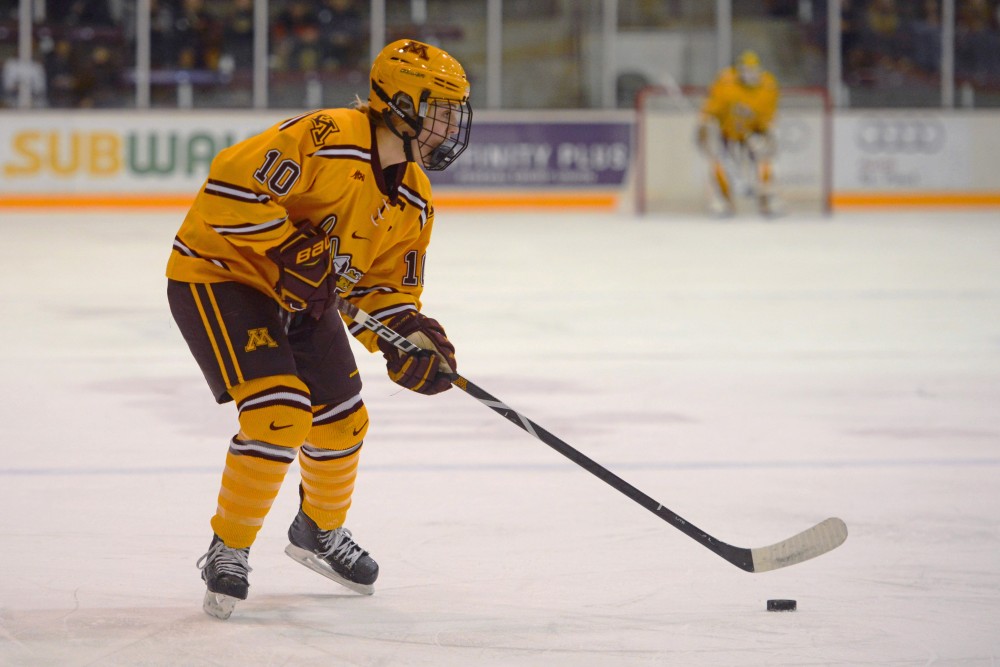 Forward Cara Piazza looks to pass the puck at the Ridder Arena on Saturday, Nov. 18.

Minnesota’s senior day was a night to remember and two players receiving honors were a big reason why.

The Gophers swept the weekend series versus the Mavericks, which extends Minnesota’s winning streak over Mankato to 50 games.

Piazza’s game-winner came in the second period. Alex Woken added another goal late in the third period to seal the victory.

Piazza went to the penalty box for roughing early in the second period. Later, Mankato’s Jordan Jackson went to the box for high sticking just three minutes into the period. Mankato killed the penalty off, which kept the game scoreless — until Piazza received a pass from senior Caitlin Reilly and shot it in for her eighth goal of the year.

Peters had to work to get her shutout, as Mankato had 32 shots on target.