Just four miles away, the campus has been void of major developments. 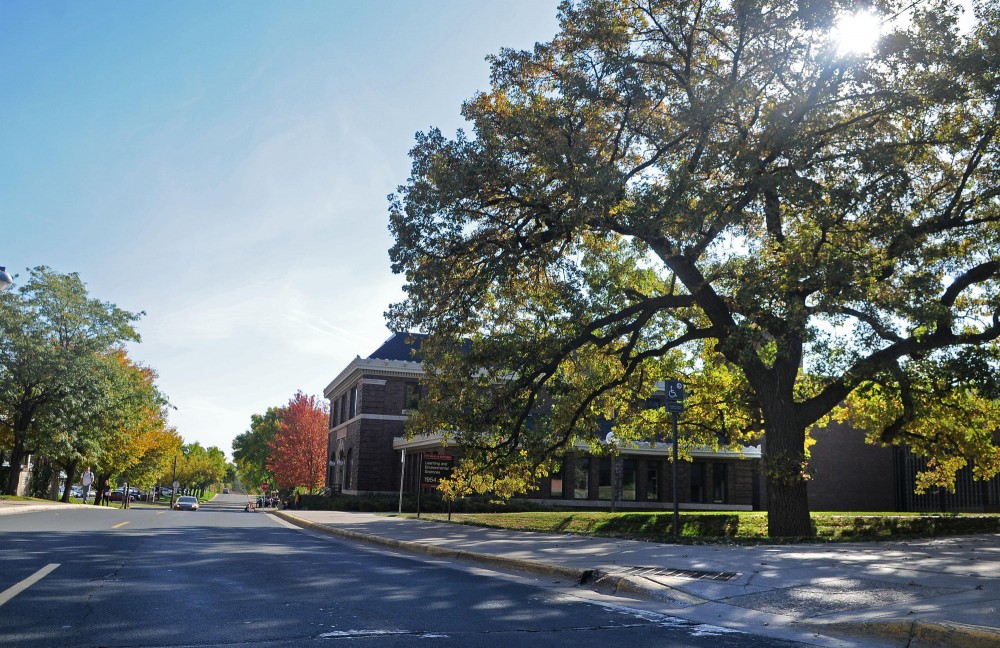 University of Minnesota East Bank construction projects are hard to miss. But just about four miles away, the St. Paul campus has been void of major developments.

The Board of Regents has already begun crafting its bonding bill proposal and no projects for the St. Paul campus made the cut.

The most sought-after St. Paul project in recent years was the relocation of the Bell Museum. Miller recalled the plans and said even though the plans were vetoed twice, they are still being discussed by capital planning.

âÄúPresident [Eric Kaler] will have to look at what is and isnâÄôt necessary,âÄù Miller said.

A dairy barn was converted into classroom space and the old student health services building was also converted into a utility building. A new equine center also opened in 2007.

More recently, the veterinary anatomy building was demolished this summer, having been vacant since 1996.

In 2008, the board included plans to build a new Bell Museum on the St. Paul campus in their bonding proposal. Former Gov. Tim Pawlenty vetoed the project.

âÄúI thought after [Pawlenty] was out of office the U of M would strongly approve it. I was very disappointed because the arguments for the development are still valid,âÄù Rep. Alice Hausman, DFL-St. Paul said.

The Bell Museum recently invited the Minnesota Planetarium Society to share space, but representatives from the museum said they havenâÄôt given up hope for getting the new building.

The original plan for construction suggested the current Bell Museum be made into a new location for the College of Design.

Meanwhile, Minneapolis campus construction has been in the spotlight. The Science Teaching and Student Services building, renovations in Folwell Hall, the recently approved Physics and Nanotechnology Building and Lind Hall renovations are just a few of the more recent projects.

Miller said a main focus lately has been on renovating historical buildings and there happens to be more of them on the East Bank than in St. Paul.

But Miller said some renovations for the hilltop buildings and Biosystems and Ag Engineering Building in St. Paul could be discussed as part of the regentsâÄô six-year plan.

The University does not have much planned for the future of the St. Paul campus, said Michael Perkins, associate vice president of Capital Planning and Project Management.

And some students would prefer it stays that way.

Karl Butenhoff, an agriculture student who lives on St. Paul campus, said the campus has everything a student needs.

âÄúSt. Paul is really nice because it is a small-town feel. It is a good place to relax after being on Minneapolis campus all day.âÄù

harm the green space he loves.

âÄúYou get the best of both âÄî a big city and smaller college feel. I wouldnâÄôt want St. Paul to get congested. I like the green space and trees.âÄù