Minnesota Dance Theater concocts a witches’ brew of styles to kick off their season at the Cowles Center. 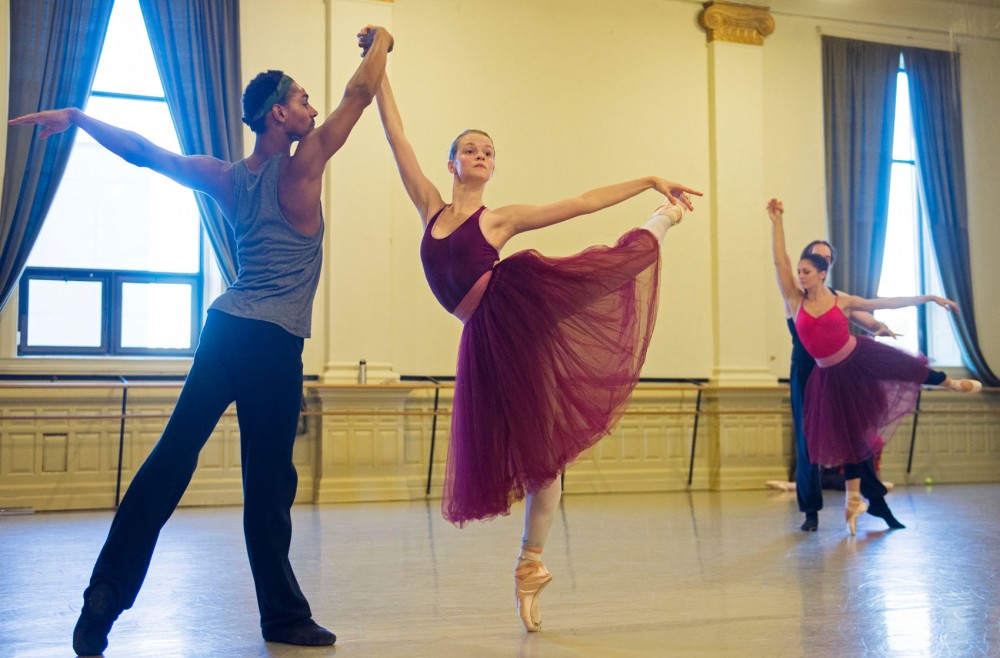 Dance is never one thing. Sometimes, however, it’s easy to pigeonhole it with images of tutus and leotards.

“There are those who don’t want to see another ballet, and I’m probably one of them,” Minnesota Dance Theater artistic director Lise Houlton said.

MDT’s 2013 Fall Repertory is designed to avoid presenting another production of “Swan Lake.” The company is showing four pieces in its evening of dance, ranging from modern dance to ballet.

Houlton said she has nothing against “Swan Lake” — she’s just interested in exploring new territory. This is reflected in her world premiere piece for the Repertory.

“Edifice Wrecks,” Houlton’s work, combines modern techniques with something that was more foreign to her group of dancers: theater.

Houlton collaborated with actor-playwright Dane Stauffer to add a touch of acting to her work.

“It certainly is a different thing for me,” she said. “I wanted to help create something that went back to dance theater.”

Together, Stauffer and Houlton created a series of scenes and dances that sprout from a “what if” question.

These questions lead them into something that is not quite a narrative but allows for the dancers to explore worlds that take influence from Walt Disney to Walt Whitman.

This sense of genre bending isn’t unique to Houlton’s work.

Set to Stravinsky’s “Serenade in A,” it’s a bit more traditional than Houlton’s work. You can expect ballet shoes, but the dance isn’t solely concerned with keeping perfect posture.

“I’m asking them to reveal something about themselves,” Askegard said.

Finding a balance between the two styles is the most challenging thing about the piece, according to Askegard.

Aside from its two newest pieces, MDT will be reviving “Boccherini Dances,” originally choreographed by founder Loyce Houlton. Like “Serenade,” the dance explores modern and ballet, combining their possibilities.

They’re also putting up “A Stair Dance” by the acclaimed Eliot Feld. His theatrical and energetic work has flair of its own, focusing on something a little more explosive than classical structures.

As a whole, MDT’s Fall Repertory is meant to display the wide range of dynamics its dancers can handle.