Gregory Washington, the dean of the University of California-Irvine's engineering school, spoke at a public forum Wednesday night. 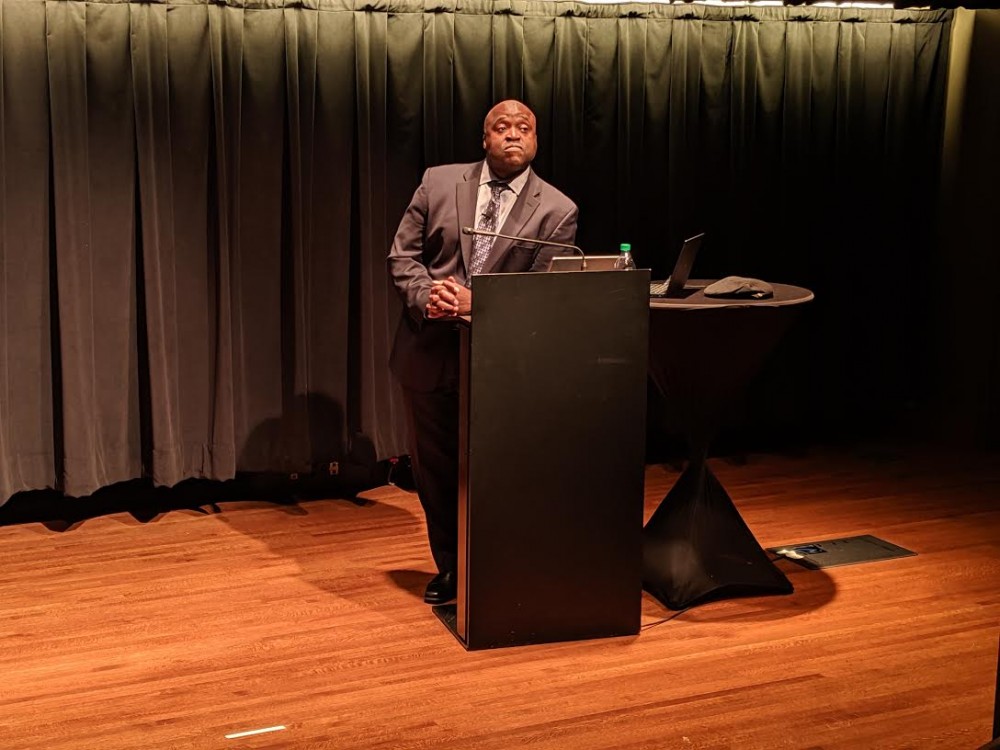 Washington is currently the dean of the Henry Samueli School of Engineering at the University of California-Irvine and holds degrees from North Carolina State University. At the forum, Washington highlighted the importance of handling the global challenges facing the University, the future of education and the current job market.

Washington referenced global connections he has formed, as well as his ability to produce resources for the students and faculty under his leadership.

One audience member said that foreign countries should be seen as partners that students can collaborate with.

While discussing hiring and retention of diverse faculty, Washington emphasized his achievements in recruiting large amounts of diverse individuals in his current position at Irvine.

Washington said he believes in investing in retaining faculty that are considering leaving through strengthening interpersonal connections, as well as a long-term investment into the careers. His focus on the future of education was a key part of the public forum.

“We’re educating students currently for jobs that won’t quite get exist when they graduate,” he said. Washington discussed working with the local Fortune 500 companies to engage in internships and experience, paid or unpaid, with students at the University. “Experiences are far better than pay.”

Amanda Sames, a Ph.D. student who was at the forum, said “If we’re putting a lot of our funding eggs in a corporate basket … I think I’m saying we need to be really wary of doing that and intentional about not only prioritizing the types of research and partnerships that bring in money.”

Washington also emphasized the projected shrinking of the college population in the next decade.

“There will be significant future competition for students,” he said, pointing out that universities from across the country might try to lure students from other states to fill their quotas through scholarship offers.

“This is a challenge that is going to affect whatever leadership team is here,” Washington said.

As for the University’s current leadership, Washington pointed out the priority to focus on student mental health, online courses, as well as the liberal education redesign as positives to build off on as a future provost.

Unlike the first forum last Tuesday which encountered a technical difficulty, this forum was livestreamed on the provost site. Antonio Tillis was announced as the first provost candidate last week, and the final two candidates will be announced on Oct. 6 and participate in public forums the following day.