With Hope Brandner out, Minnesota has turned to sophomore Emily Hansen. 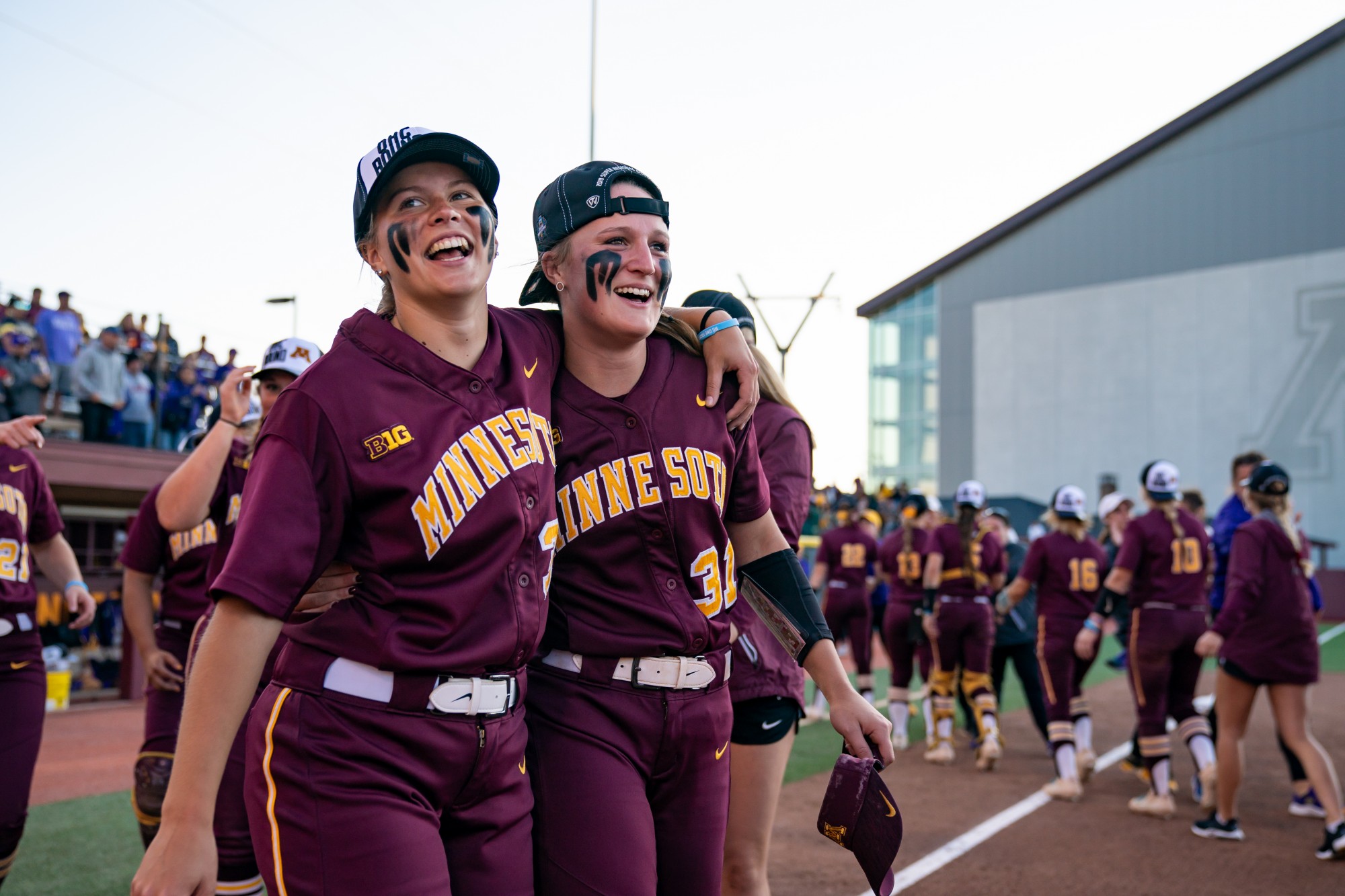 A week before the Gophers’ softball team would head to Florida for their season-opening series in Clearwater, the team announced infielder Hope Brandner was not medically cleared to play, leaving a void at first base.

With Brandner out to start the season and with a roster short of experience at the position, it was left to speculation who would take over the position for the Gophers. With Brandner coming off an excellent 2019 season where she hit .354 with 59 RBI, had a team-leading 19 home runs and was named to the Softball America top-100 list, her replacement would have big shoes to fill to replicate that offensive production. Senior Carlie Brandt, who’s played nearly every position for the Gophers, was one player on the roster with collegiate experience at first, but instead she took over at shortstop after the Gophers’ graduated Allie Arneson.

The replacement the Gophers chose was sophomore Emily Hansen. The Buffalo graduate was a standout shortstop in high school, hitting .685 her junior season before winning the 2018 Ms. Softball Award her senior year. Hansen didn’t see much time in her freshman season at Minnesota, only appearing in 12 games, and before then she didn’t have any experience at first.

“I think I kind of got thrown into it my freshman year,” she said. “I’ve never played [first] before, never played in travel ball, or high school ball. This has been my first time at first base, so it’s been a great opportunity.”

Hansen has made the most of the opportunity. She’s been a spark plug for the Gophers through nine games, with a .345 batting average and a team-leading nine RBIs. She brought in two of those runs on Feb. 15 against Missouri with Minnesota trailing 4-2 in the bottom of the seventh, forcing the game into extra innings.

“I didn’t really realize anything of it until I got to second. I was like, ‘This is great,'” Hansen said. “I was just happy to be the person to do that and I always want to be in that moment and be that person.”

Although the Gophers would go on to lose the game 7-4, they won three of the five games that weekend. Head coach Jamie Trachsel said while there was room for improvement, she was happy with the team’s performance overall.

“A lot of big hits. [Hansen] did really good. We did a lot of really good things and people had opportunities they took advantage of,” Trachsel said. “We’re excited about where we are. We know we have to get better in certain areas, we came back ready to work.”

The Gophers had a rematch with Missouri on Sunday, taking the advantage by earning a 10-1 run-rule victory. Playing first again for Minnesota, Hansen went 2-4 in the game with a single and a triple.

After two weekends of play, the Gophers have had no shortage of big hits in big moments, showing they’re a team willing to fight in every inning. That’s a mindset Hansen believes the team needs all season long.

“I think we’re a really gritty team and a really courageous team. I think we need to fight,” she said. “I think that’ll be our attitude for the rest of the season, just battle out there.”