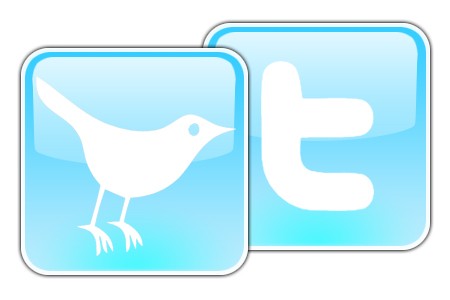 âÄúFor Us to Be ThereâÄù (working title) AUTHOR: David Miller PUBLISHER: Self-published PAGES: N/A PRICE: N/A ACCESS: Twitter; Website The most unusual part about David MillerâÄôs upcoming novel, tentatively titled âÄúFor Us to Be There,âÄù is that itâÄôs written entirely in real time with the help of Twitter, the Internet chirping its constant updates on the daily lives of everyone from Britney Spears to my aunt Sharon. But the coolest thing about the novel is that IâÄôm in it. âÄúToday I have an interview with a girl I donâÄôt know from a newspaper I donâÄôt read,âÄù he wrote the morning of our chat. Later, several other references to this interview would appear on the Twitter timeline that he shares with the storyâÄôs narrator. Miller, a 36-year-old father, poet, editor and occasional carpenter who spends half his time in Seattle and the other half in Buenos Aires, Argentina, set his novel in mainstream America. The plot follows his constant tweets about his day-to-day life. After spending his 20s in a creative realm making art and music, his narrator, much like Miller, now has a wife and young daughter to support. âÄúA decade later, reality set in, and some dreams didnâÄôt come to fruition,âÄù explained Miller. âÄúHeâÄôs working his ass off, basically supporting a family while trying to have some kind of outlet for his creative passion.âÄù That outlet turns out to be little songs he writes for his AlzheimerâÄôs-ridden grandmother, who doesnâÄôt recognize him. âÄúItâÄôs his way of connecting with her,âÄù Miller said. âÄúAt the same time, it presents an interesting dynamic. He feels like he canâÄôt connect on a âÄòrealâÄô level, even though sheâÄôs not really cognizant. âÄúThe idea of putting it into tweets is a form driven by the narratorâÄôs circumstances. HeâÄôs unable to write and create anymore how he wants to, so all he can do is sort of blaze off these little tweets.âÄù Often, the plotline seems to mirror MillerâÄôs real life, and he realizes this. âÄúThereâÄôs a thin line between myself and the narrator. In some sense, IâÄôm trying to write out a part of me that isnâÄôt 100 percent of who I am, who despises being online, despises what youâÄôd call the âÄòmarketingâÄô side of being an artist, writer, musician,âÄù he says. ThatâÄôs evident in his narratorâÄôs tweets, which show a healthy dose of skepticism about social networking, the Internet and even telephone interviews like the one I conducted with Miller. For example, he writes: âÄúThat was one of the things I told the interviewer the other day about writing on Twitter: You can see if you get new readers right away. But they just turned out to be marketing drones. Told them to go f— themselves.âÄù So why Twitter, a device so difficult to explain to parents, and yet still so important that senators were shown âÄútweetingâÄù during Obama’s address to congress? âÄúItâÄôs really fresh, for sure, with a lot of people just getting into it. I was one of those people who never âÄògot it.âÄô I never understood the need for being constantly up-to-date with what everybody was doing,âÄù he said. âÄúIn fact, it was very offensive to my sense of how IâÄôd like my life, connecting with real people. A lot of my initial ideas came out of a reaction to Twitter.âÄù However, he added, âÄúWriting on [Twitter] makes you cut out a lot of bullsâÄît. âÄúThe narrator knows that he can generate interest in what heâÄôs doing, and that that can help him artistically achieve some sort of notoriety. The element of the novel being written in this way, with tweets being able to connect with other people, is part of the story.âÄù Miller writes every day but in an untraditional manner befitting his untraditional platform. âÄúI donâÄôt sit there for an hour and compose. I just jumped in and started doing this. As a writer, the story doesnâÄôt start going until youâÄôre well into the work. IâÄôm from that school of writing where a lot of the beginning is sort of a âÄòwarm up.âÄô I want to engage other people in real life, only doing it through fiction.âÄù MillerâÄôs collected work is available on his Twitter Page , though itâÄôs difficult to follow, what with MillerâÄôs constant real time updates (745 and counting) and TwitterâÄôs reverse chronology. ThatâÄôs why he set up another website so that interested onlookers and fellow Tweeters can read the 30,000 words (and counting) heâÄôs got completed. Miller hopes to be finished with the book in about six months. After our interview, I checked out MillerâÄôs Twitter and indeed found several more tweets regarding our conversation. Like this: âÄúI think I told the interviewer something like, âÄòThe story is about life after your early dreams fail. Which isn’t really it.âÄô âÄù