It’ll blue you away 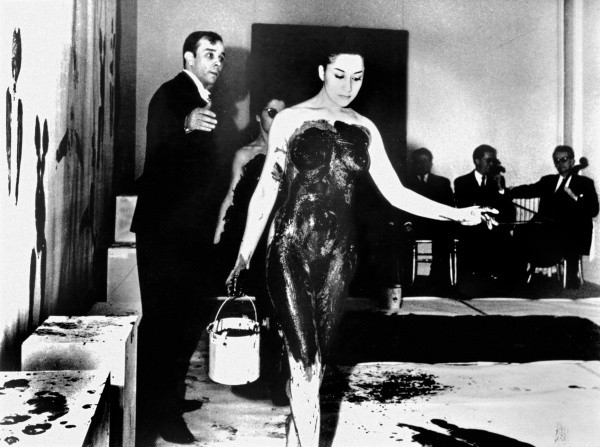 What: Exhibit at the Walker

Philippe Vergne has traveled with the Yves Klein exhibit from New York and has personally acquired several of the pieces thatâÄôll be on display for it. Though heâÄôs co-curator of the exhibit, his interest in KleinâÄôs work transcends that of the fanatic.

Klein, an artist based primarily in France, was renowned for his conceptual work and intermingling of multimedia with painting and sculpture. Though his career lasted only eight years âÄî until his death in 1962 at the age of 34 âÄî he requited enough attention to have a shade of blue named after him.

With more than 200 pieces to be viewed at the artistâÄôs show, it would be easy enough to leave out a small piece that most viewers wonâÄôt miss. But for Vergne, traveling to Italy to track down an Ex Vota in a convent was imperative.

âÄú[Santa Rita] was the saint of lost causes. A few months before he died, he went to this convent outside of Rome, and he gave them this Ex Voto as a tribute to Santa Rita,âÄù Vergne said.

The process of transferring possession of the Ex Voto wasnâÄôt as easy with the nuns as it would seem, but Vergne and members of the convent came to an understanding in the end.

âÄúI met with the mother superior of the convent, and she interviewed me and asked me how important it was for the exhibition,âÄù said Vergne. The mother superior was concerned about the lack of spiritual appreciation of the work.

Faith, indeed, is as intangible as some of KleinâÄôs work appears in the exhibit. The use of âÄúimmaterial architectureâÄù in several of the pieces utilizes the elements of fire, air and sometimes water, âÄúall crystallizing and coming together,âÄù explained Vergne.

Klein has produced feather-light sponges on thin wires that hide under the veil of a heavy stone. He had party guests hang over canvas to spray paint on their deceptively stationary figures while flying. In effect, he refutes the notion of visuals working in league with physical actualities, mimicking the airy spiritualism that the mother superior was speaking of.

The parties Klein was well known for arise in several forms throughout the exhibit, whether through video, audio, photography or the artwork he created at the events. Many of his iconic pieces birthed using âÄúInternational Klein BlueâÄù were from these parties, where guests were invited to participate in the creative process.

As exciting as it would be to reenact these shindigs for this exhibit, itâÄôs unlikely. Vergne seemed cautious about the idea.

âÄúI hope nobodyâÄôs going to jump through windows or anything,âÄù Vergne said sheepishly, in reference to an incident that occurred at one of KleinâÄôs events.

There will, however, be a preview party Friday for the exhibit. If youâÄôre going to be busting through windows, best to do it when you can blame intoxication.