The Gophers men’s team won five titles at the meet, which was held in St. Paul. 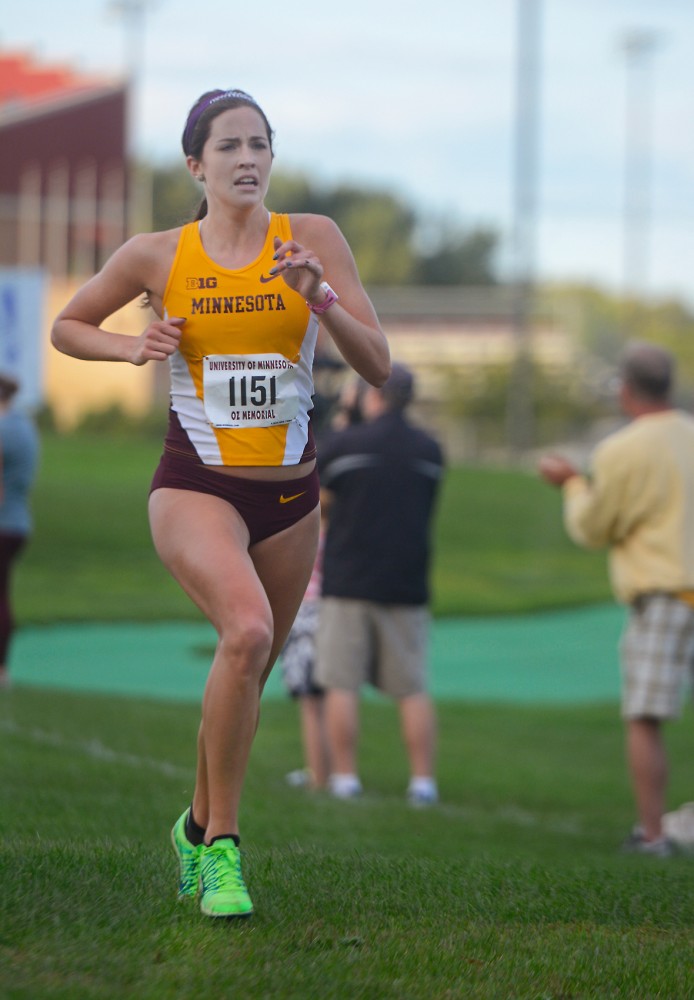 Ryan Falk
The Gophers women’s track and field team, competing in a 35-program field, won nine event titles at the Holst Invitational over the weekend.
Minnesota placed five athletes in the top six of the 1,500 meters with redshirt sophomore Madeline Strandemo winning the event.
“She’s getting in a rhythm. She’s getting confident,” head coach Matt Bingle said. “If you’re confident, you can do great things.”
Strandemo ran a career-best of 4:25.06 in the race, which was more than 21 seconds faster than the next closest runner.
Redshirt freshman Bolade Jinadu won two titles for the Gophers, both in sprints.
She won the 200 meters with a time of 24.86 seconds and won the 400 meters in 56.58 seconds. Both times are career-bests for the Prior Lake, Minn., native.
“She’s one of the most improved kids on the team from last year to this year,” Bingle said. “She continues to get better each week, and that’s a good sign for her for the future.”
Redshirt sophomore Tess Wasowicz won the 800-meter run in a personal-best time of 2:16.23, and five Gophers athletes won event titles while competing unattached.
Junior Megan Flanagan won the 3,000-meter steeple chase in a career-best time of 11:36.29.
Two Gophers freshmen won in the hurdles, with Erin Huls winning the 400-meter event and Rachel Schow placing first in the 100-meter event.
Freshman Abby Kargol won the 5,000-meter run, and freshman Shay Nielsen won the shot put to round out the team’s event titles.
Men’s team wins five titles
The Minnesota men’s track and field team turned in one of their best performances of the outdoor season over the weekend, winning five event titles at the Holst Invitational.
Junior Sam Elsner won the discus with a meet-record distance of 54.97 meters, and teammates Bryan Bjerk and Luke Johnson finished third and fourth in the event, respectively.
“[Having three athletes in the top four] is great,” Elsner said. “I’ve been training with these guys the whole year. We push each other and encourage each other.”
Johnson also won the shot put with a meet-record throw of 17.69 meters.
Redshirt junior Nate Roese set another meet record in the 800 meters, winning his debut in the event with a time of 1:51.31. Redshirt freshman Matt Rosen took second, and freshman Josh Tracy, running unattached, placed third.
The Gophers’ other two event titles came in hurdles. Unattached freshman Samuel Lundquist won the 400-meter event in 54.73, and unattached freshman Eric Walker won the 110-meter event in 14.47.
Delete Image
Align Left
Align Center
Align Right
Align Left
Align Center
Delete Heading