TransFabulous provides creative outlet — one medium at a time

The workshop series aims to create a space for trans youth — though all are welcome — to explore various artistic pursuits. 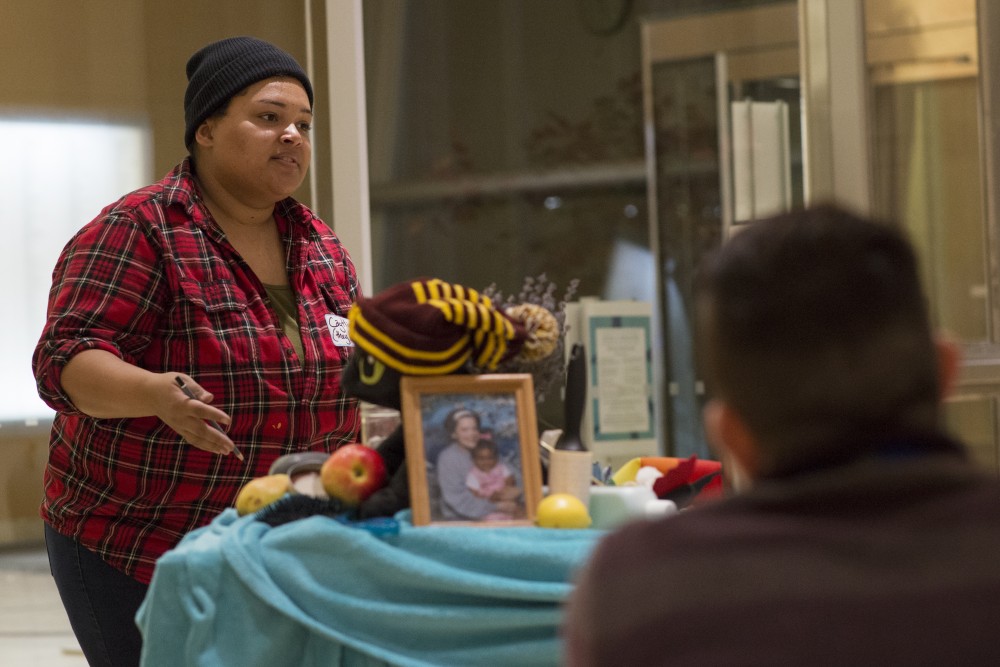 With blank pages in front of them, participants sat at tables organized in a tight, intimate circle. Observing the different charcoal tools available to them, they listened to the artist describe their various uses.

“Don’t eat the charcoal,” said Caytlin Neuburger, a University of Minnesota senior studying communications and studio art with a focus on illustration. “It’s not meant to be ingested, but as long as you … aren’t eating giant bags of it you … should be good.”

TransFabulous workshops create a space for trans youth — though all are welcome — to express themselves through different artistic mediums while connecting the Twin Cities trans community. This month’s workshop ran last Wednesday and presented charcoal as an artistic outlet.

What began as a summer series at several Hennepin County Library branches has grown into a monthly workshop at the Minneapolis Central Library.The workshops feature a different artist and medium every month, focusing on trans and gender nonconforming artists.

“It’s a way for a group that doesn’t have a lot of programming offered to say … the library is for you,” said Ray Lockman, a librarian at the Minneapolis Central Library and one of three project managers for TransFabulous. “That’s been a really cool thing to watch as people stop by for one and it kind of transforms their feeling of belonging.”

The workshop gives the artist freedom to teach the medium in their own style. Neuburger led the night with casual conversation and encouraging suggestions that allowed each participant to explore charcoal as a form of their own.

“[Charcoal is] a forgiving medium, but also a little delicate,” Neuburger explained.

The inspiration for the night was a still life set-up in the middle of the room that included a mirror, a pride flag and a bouquet of lavender in a teapot, among additional objects.

Each workshop attendee began their still-life drawing differently. Some started with small details, like individual lavender buds, and others started with larger shapes and figures that would be filled with fine details later.

“Art is very much … a community-driven sort of activity,” Neuburger said. “If people do want to … bring some heavier emotions into art then it’s a great way to express that in a way where you can get feedback.”

The community curators try to organize the workshops so that one month’s medium isn’t similar to the next. This allows attendees to explore several artistic skills and find the one that resonates most.

“I’m just blown away by people’s creativity and their ability to take on an entire workshop and lead as well,” said Chase Underwood, a junior studying family social science at the University. Underwood attended a zine workshop two years ago and is now a TransFabulous community curator.

TransFabulous is a space for trans youth to meet other trans people in the community and to express emotions and issues that may otherwise be difficult to convey.

“I think that art is a way for trans people to feel resilience in a lot of ways,” Underwood said. “It can be really healing being able to focus on your identity. … It’s another way for us to create our own representation.”

Where: The Atrium Commons at the Minneapolis Central Library, 300 Nicollet Mall, Minneapolis