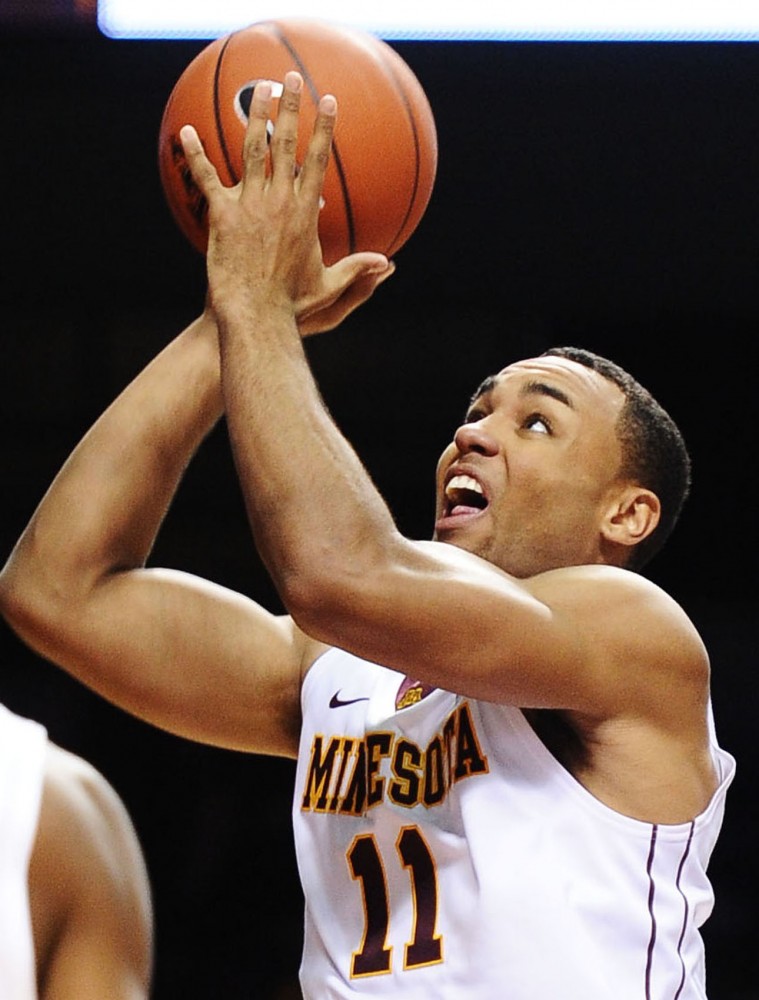 Joe Coleman has said anyone could be a scorer for the Gophers this season — that’s how much talent they have.

No. 21 Minnesota, led by Coleman’s 16 points and six rebounds, handled Florida State 77-68 on Tuesday in a game in which Gophers never trailed.

Behind four double-digit scorers, Minnesota (7-1) finished its four-game road trip with a 3-1 record, losing only to No. 2 Duke.

The Gophers shot out to a 7-0 lead before FSU could get on the board, and the Seminoles’ struggles continued after that.

FSU failed to keep up with Minnesota’s ball movement, as the Gophers finished with 17 assists to the Seminoles’ eight.

Minnesota led by 21 points with 10 minutes left when the Seminoles went on a 13-3 run, but Minnesota’s 47 percent shooting from the field was too much to overcome.

Rodney Williams shot 4-for-10 from the field with a couple of dunks and had 14 points, five rebounds and a team-high three blocks.

Coleman led all scorers, shooting 8-for-13, and moved well without the ball to get open.

The team’s leader in turnovers, Coleman only turned it over twice and handled the ball much less than he had in previous games this season.

Minnesota had 12 turnovers — its lowest total since its season-opening win against American on Nov. 9.

The Gophers’ limited number of turnovers and their solid defense held the Seminoles to 38 percent shooting from the field.

FSU was shooting 52 percent entering the game, 12th best in the nation at the time.

“They played like a mature team that was focused,” Hamilton said of the Gophers, “and I thought we played not at the level that we have to play at to compete with a team that’s playing as well as they’re playing.”

Minnesota sophomore point guard Andre Hollins continued his impressive shooting streak in the win, going 5-for-10 from the field for 12 points and a team-high five assists.

Trevor Mbakwe was essentially a non-factor in the first half, playing limited minutes with no points and two rebounds. He finished with six points and four rebounds in 19 minutes.

Minnesota won the rebounding battle 32-29 behind sophomore Elliott Eliason’s season-high 10 rebounds. Eliason had to sit out most of the second half because of foul trouble, which allowed Mbakwe more playing time.

Smith let his starters do most of the work against the Seminoles, as only seven Gophers players had double-digit minutes. Besides Mbakwe, senior Julian Welch played the most off the bench with 13 minutes.

The Gophers had lost three of their last five Big Ten/Atlantic Coast Conference challenge games. Tuesday’s win was head coach Tubby Smith’s first on the road in the challenge.

The last time FSU won a Big Ten/ACC challenge game was in 2007, when it beat Minnesota.