Todd Phillips’ second “Hangover” installment is twice as crude and half as funny. 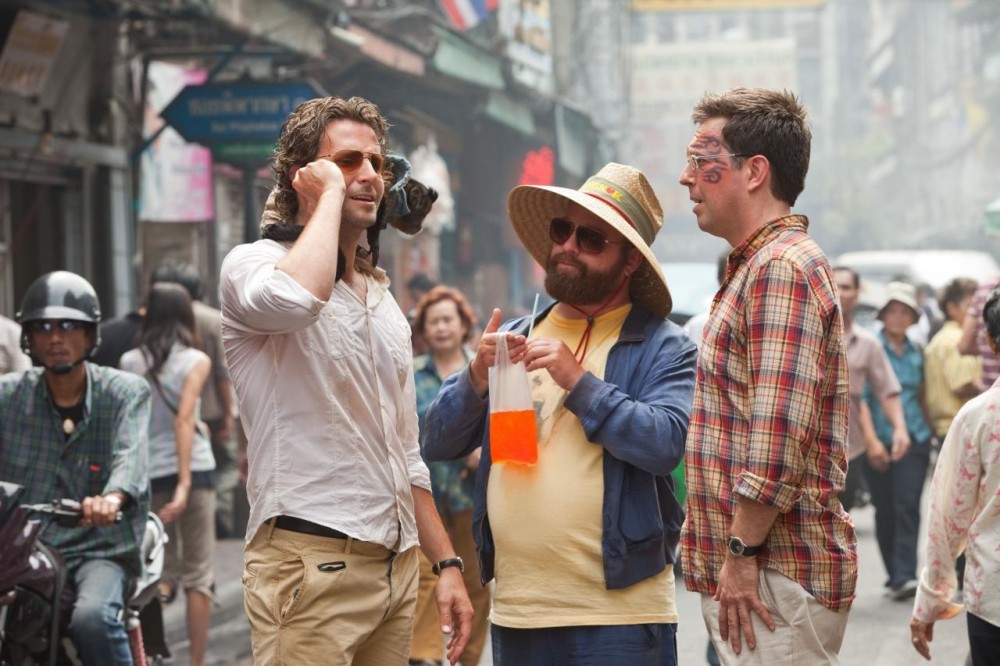 t probably wasnâÄôt too hard for audiences to extend their suspension of disbelief amidst hyper-buffoonery in the first âÄúHangoverâÄù film âÄî director Todd PhillipsâÄô 2009 ode to Sin City. For men, Las Vegas has been mythologized into this national rite of passage, and it is so steeped in American tradition that most women could easily throw caution to the wind with a certain âÄúboys will be boysâÄù mentality. But oh, what a difference location makes.
At a basic level, PhillipsâÄô second installment is a carbon copy of his first film. Phillips took Jon LucasâÄô and Scott MooreâÄôs original âÄúHangoverâÄù script âÄî a little nugget that reversed the directorâÄôs drowning career âÄî and transplanted its plotline across the Pacific Ocean amidst the world of further-idealized exoticism. Ed Helms as the perpetually on-edge Stu is jet-setting the âÄúwolf packâÄù to Thailand for his marriage. The filmâÄôs early trappings of beauty are eventually undercut when the sweat-drenched trio wakes up in the slums of Bangkok. PhillipsâÄô first installment showed a lot of love for its Nevada locale, but he is utterly heartless in Bangkok.
The shamelessly-reckless treatment of the filmâÄôs third-world backdrop simply cannot carry the same laughs that the anything-goes identity of Las Vegas could, and it is offensive when Phillips attempts to do so. Bradley CooperâÄôs once-loveable Phil now spends his time brutishly swearing at the idiocy of monk culture. When the trio is shown footage of the riot they induced amidst the streets of an impoverished neighborhood, the audience is only expected to guffaw and cheer. That constantly forgiving attitude toward American incompetency can only be carried so far, and Phillips makes it even harder when his characters work from such a mean-spirited position.
The eighth-grade boys of the world will rejoice to know that PhillipsâÄô second installment promises an unparalleled collection of gross-out moments. From a gamut of genitals to crude discussions of child prostitution, Phillips has offered up all things debased. And this really causes a problem in the way it corrupts the characters. The unbelievable inanity of these scenarios transcends a night of Viking-level drinking. While Phillips originally had twenty-something boys around the country saying, âÄúDude, that could be us,âÄù most are now wondering how the hell things can get so ugly.
ItâÄôs not only the detached relatability toward the characters that kills this second go; itâÄôs the inability to even remain interested in their road to a solution. PhillipsâÄô disinterest in providing a new story makes the ending foreseeable from the identical opening credit patterns (once again accompanied by a Danzig song).
With all of this, there are still patches of laughs. Zach Galifianakis once again nails his grab bag of quips as the dimwitted Allen. But aside from one characterâÄôs bumbling cadence, the jokes and subject matter are soulless. And unlike the breezy Americana of the first installment, you feel a little soulless laughing at it too.