13 beams to immortalize the tragedy

The memorial garden features 13 steel beams with the names of the victims from the Interstate 35W Bridge collapse. 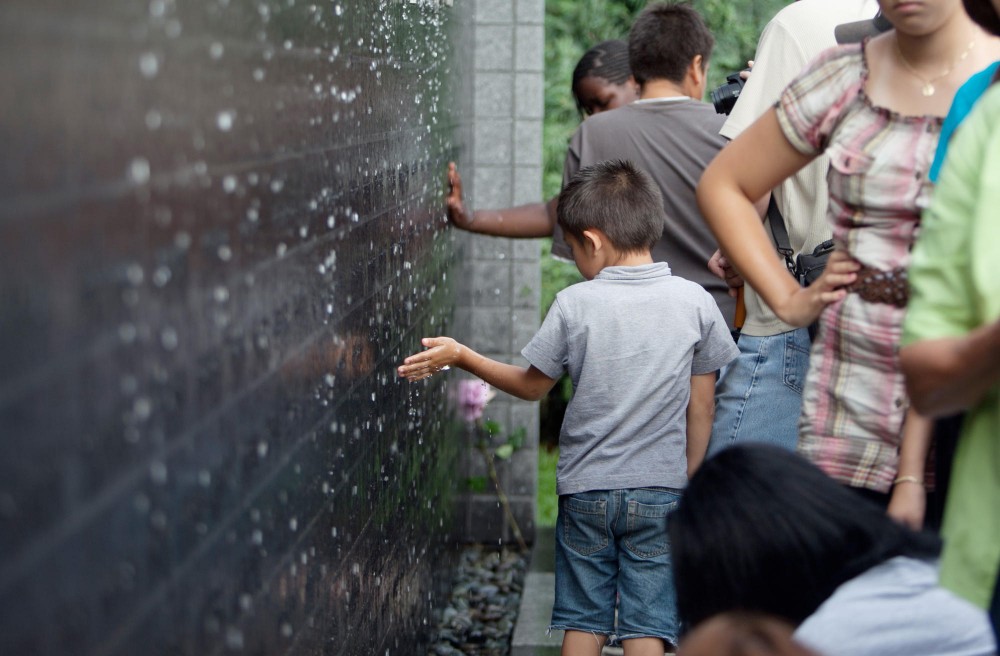 Families and friends of I-35W bridge crash victims look at the survivor wall after the dedication ceremony for the Remembrance Garden in Minneapolis.

Four years to the day, hundreds gathered near the Interstate 35W Bridge on Monday evening to honor those lost and injured in the bridge collapse.

Minneapolis opened a new memorial garden across from Gold Medal Park on the west bank of the Mississippi River, dedicated to the 13 killed and 145 injured in the Aug. 1, 2007 tragedy.

âÄúThis is a place where we will have memories of those who will not be with us anymore,âÄù Minneapolis Mayor R.T. Rybak said.

Gov. Mark Dayton, who also attended the dedication, ordered flags to fly at half-staff across the state Monday in recognition of the collapseâÄôs fourth anniversary.

During an hour-long ceremony, friends and family of the victims shared memories of lost loved ones and offered condolences to others.

âÄúHeâÄôs remembered by his father every day,âÄù Mark Holmes told the crowd of his late son Patrick. âÄúI canâÄôt go over that bridge without a sadness.âÄù

A message on the wall reads: âÄúOur lives are not only defined by what happens, but by how we act in the face of it, not only by what life brings us, but by what we bring to life. Selfless actions and compassion create enduring community out of tragic events.âÄù

Read the Daily’s previous coverage of the bridge collapse:

Those who were there: Stories from the bridge