Gophers defeat Purdue on the road

Minnesota's Kenisha Bell scored a team-high 22 points in the victory. 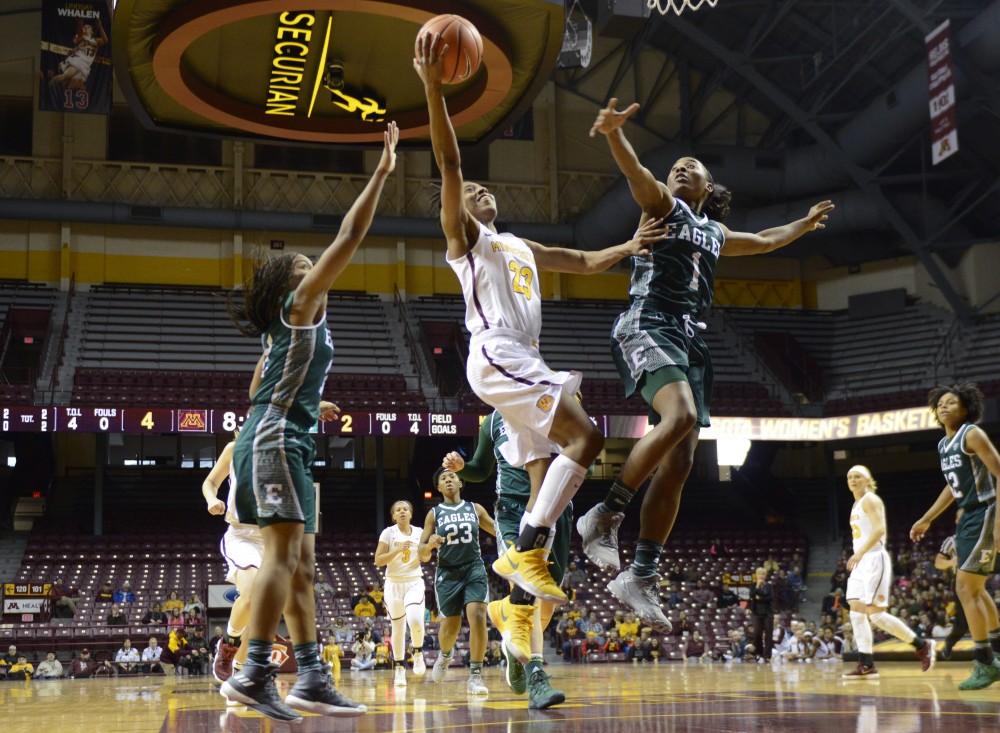 The Gophers pulled off a road victory Thursday, which brought them one step closer to making the NCAA Tournament.

Minnesota defeated Purdue 78-74 at Mackey Arena. The win put them ahead of the Boilermakers in the Big Ten Conference standings.

The fourth quarter was a challenge that the Gophers were not expecting. As the quarter progressed, Purdue continued its offensive pressure to try and comeback. With five minutes left, Purdue cut the deficit to 66-53.

As the game came down to the wire, it soon became a three-point margin between the Big Ten teams. The Boilermakers (16-9, 7-4) went on a 6-1 run to make it 77-74. With a couple minutes remaining, the Gophers held off pressure from the Boilermakers. Purdue’s Ae’Rianna Harris missed a jump shot, then guard Kenisha Bell grabbed the rebound to secure the victory.

Bell had five steals in the game and she came into the matchup averaging three. The guard also led Minnesota scorers with 22 points. She came close to a double-double with nine assists.

Guard Destiny Pitts was second on the team in scoring with 18 points. Gadiva Hubbard was close behind with 17.

Purdue struggled to keep up with Minnesota’s fast-tempo offense. By capitalizing on offensive rebounds and steals, the Gophers seized momentum. They continued to expand the point gap and close out the half with a lead of 47-40. Third quarter was even stronger for the Gophers. Minnesota continued to expand its lead to 63-47 with five minutes remaining in the third.

Minnesota and Purdue  competed in a high-scoring game. In the first quarter, both teams showed what they could do offensively. With Minnesota having one of the highest scoring offenses, averaging 84.2 points per game, they scored 29 points in the first quarter alone. The matchup continued to be back and forth throughout the whole quarter, with no lead larger than five. Minnesota (18-6, 7-4) finished out the quarter with a lead of 29-27.

Minnesota’s win ended Purdue’s three-game winning streak. The victory gave them the confidence they need to take on the NCAA Tournament, head coach Marlene Stollings said. The first round of the tournament begins March 16.