A victim was punched and sustained minor injuries when two suspects attempted to take a backpack. 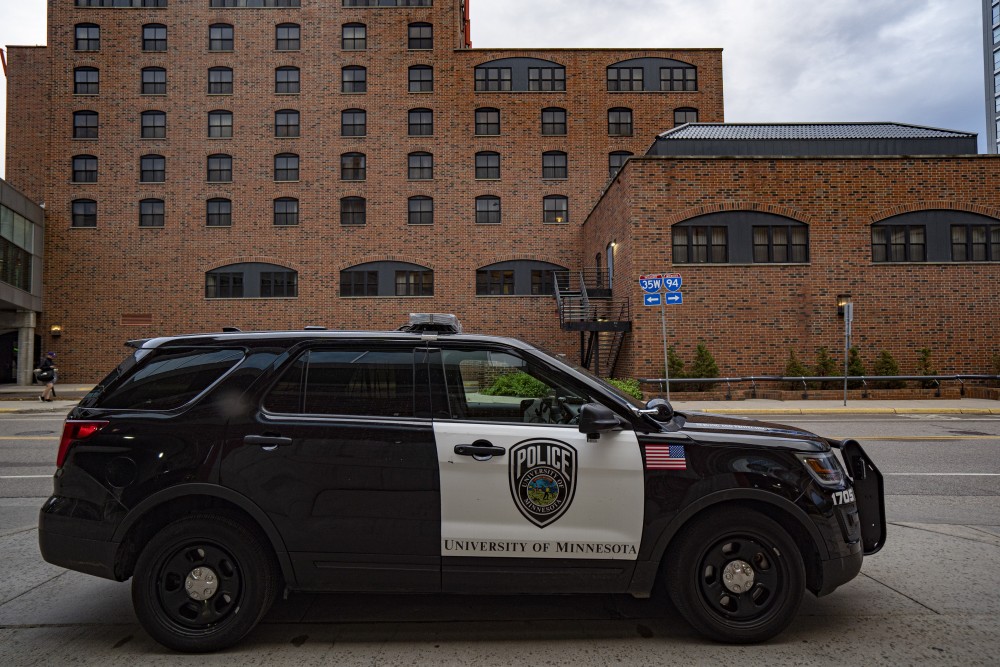 A University of Minnesota Police car is parked outside of the Graduate Hotel on East Bank on Thursday, June 21.

A robbery was reported near the Knoll area around 4 a.m. Saturday morning, according to a campus-wide timely warning.

After approaching the victim, two suspects allegedly attempted to take the victim’s backpack, according to the alert. The victim was punched in the face and suffered minor injuries. The victim is not affiliated with the University of Minnesota.

University police responded to the scene.

The incident is currently under investigation and anyone with information is urged to call 1-800-222-8477.