Stollings was the coach at Minnesota since 2014. 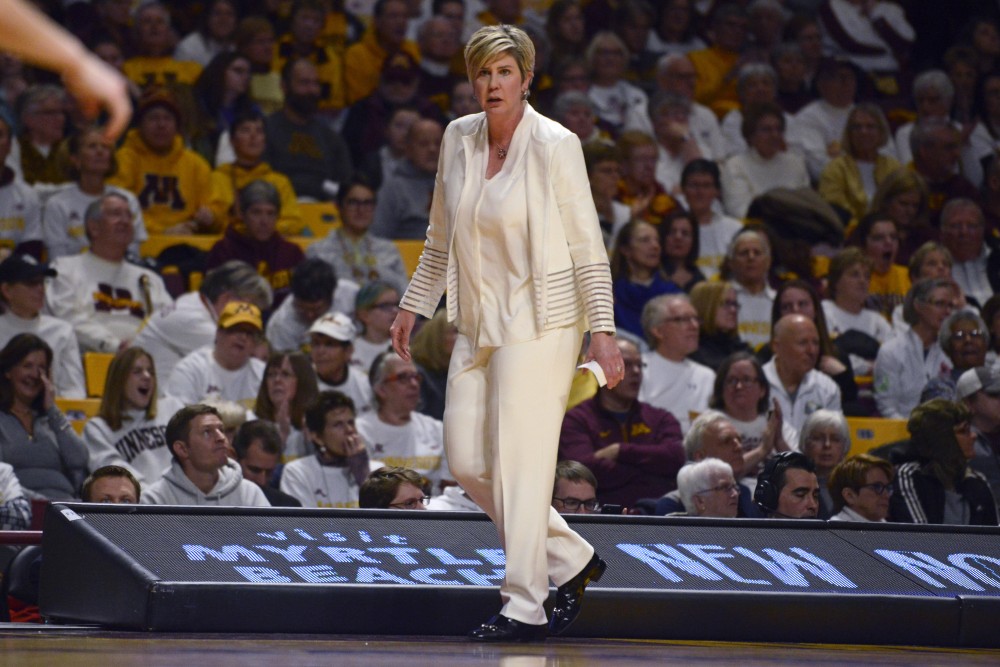 Head coach Marlene Stollings during a game against Maryland at Williams Arena on Sunday, Feb. 18.

Minnesota will look for another head coach this spring.

“I am very proud and honored to be named the head coach at Texas Tech and to be a part of the Big 12 Conference,” Stollings said in the Texas Tech release. “I want to thank President Lawrence Schovanec and Athletic Director Kirby Hocutt for this incredible opportunity.

Stollings coached at Minnesota for four years and collected an 82-47 record over that time. She led the Gophers to two NCAA tournament appearances, one in her first season in 2014-15 and one in her last in 2017-18.

The Gophers finished 24-9 overall last season with an 11-5 conference record and won their first round game in the NCAA tournament against Green Bay before falling to Oregon in the second round.

“I appreciate what coach Stollings accomplished in her time with us, particularly this past season when her team provided some great memories for Gopher fans,” Minnesota athletics director Mark Coyle said in a release.

Coyle also said in the release that the search for Stollings’ replacement is already underway.

Stollings heads to Lubbock, Texas to take over a program that went 7-23 last season and finished last in the Big 12 conference.