The Guthrie gets buzzed

The Pillsbury House Theatre’s smash-hit production of “Buzzer” returns for a month-long run at the Guthrie’s Dowling Studio. 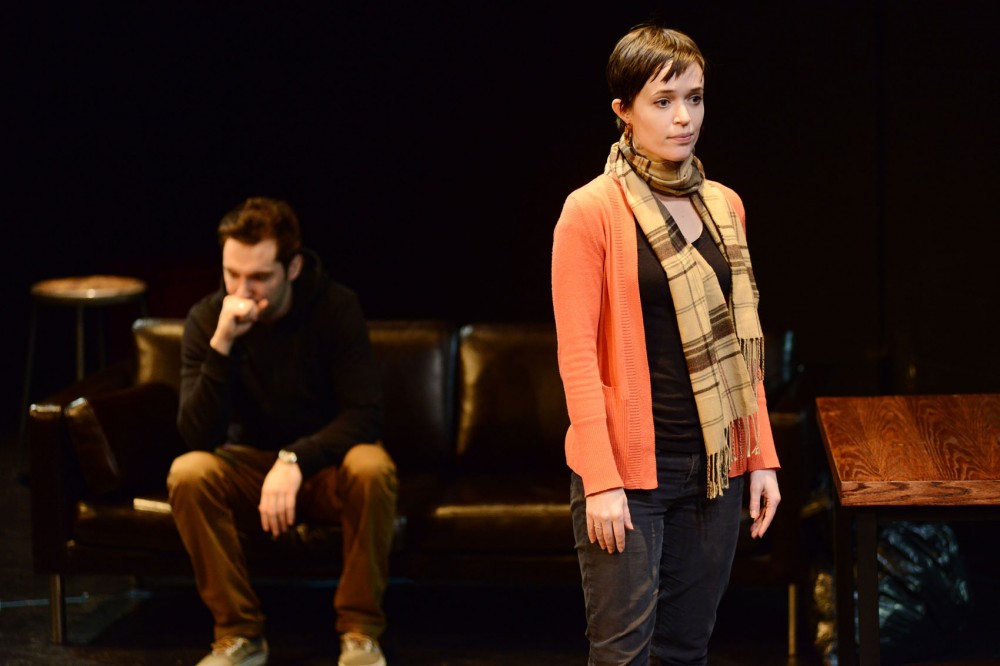 “Buzzer” director Marion McClinton opens up rehearsals with a challenge.

“We’ll find out everything,” he said to the cast last week. “How long you’ve been friends, how much love you have for each other.”

Getting the audience closer to knowing each character is the main objective in the second production of “Buzzer,” the fraught tragicomedy written by Tracey Scott Wilson. It premiered last year at the Pillsbury House Theatre and has been commissioned to move to the Guthrie’s Dowling Studio with the same cast and director. The original production garnered massive acclaim, lauded by critics and audiences as an unapologetically realistic testament to the current social context.

“Buzzer” tells the story of three 20-somethings: Jackson, a lawyer who’s just moved back to the newly redeveloped urban neighborhood he grew up in, his girlfriend Suzie and Don, Jackson’s old friend who’s just moved in with them. When Don attempts to defend Suzie from being harassed by a group of men at her front door, unexpected consequences occur that expose ulterior motives and reveal points of privilege that go beyond superficial definitions of race and community.

“It’s this idea of neighborhoods being redefined. The idea of who has a right to live where is something that people are living with at a very practical level on a daily basis,” Wilson said.

She reflects this in the gentrified world she creates for her characters; audiences will be expecting the reworked version to expand on this. The expectations may be high, but they aren’t weighing heavily on actor Hugh Kennedy, who plays Don.

“I didn’t feel like we needed to do a lot differently; I just knew that I wanted to get us all back in the room and flesh it out,” he said.

To keep the work fresh for the Dowling, this is exactly what the group has been up to. Scenes have been changed, and character traits were augmented to tighten up the rhythm of the show. But according to Namir Smallwood, who plays Jackson, the production’s heart remains the same.

“With these characters, you can’t lie, you know? Audience and all that other stuff — it doesn’t really matter. It’s just living moment to moment as honestly as possible,” he said, and it’s the blunt nature of “Buzzer” that leads to this authenticity.

The biting piece refuses to give its audience easy answers through archetypes that are obvious spearheads for an agenda. Instead, “Buzzer” focuses on the prejudices of its characters by stringing its theme through the boundaries they cross and their betrayal of each other’s trust. The play is about exploring what it means to exist in a world that can be inappropriately construed as “post-racial,” and this commitment to depth has sparked more than truthful acting.

“People were really talking about it and bringing the conversation into the lobby,” Wilson said.

The content of the play endorses discourse, even leading to animated arguments among audience members in post-show discussions last year. This close-to-home subject matter helps the cast stay engaged with the text as well.

“It’s something we deal with so regularly, but nobody ever writes plays about it. They write a big play about race or about somebody who sings out the n-word in some really heated, dramatic scene at the end,” Kennedy said.

“Buzzer” prefers to aim for the ambiguity of reality, and the artists involved with the project credit McClinton for creating an environment that allows them to hit the target.

“He doesn’t have anything to prove to anybody, he’s secure in himself, and when you have someone who is secure in themselves in the room, it makes everyone else relax. You can say anything — you’re not going to get snapped at,” Wilson said.