The men's team had two runners finish in the top 10 during the annual meet. 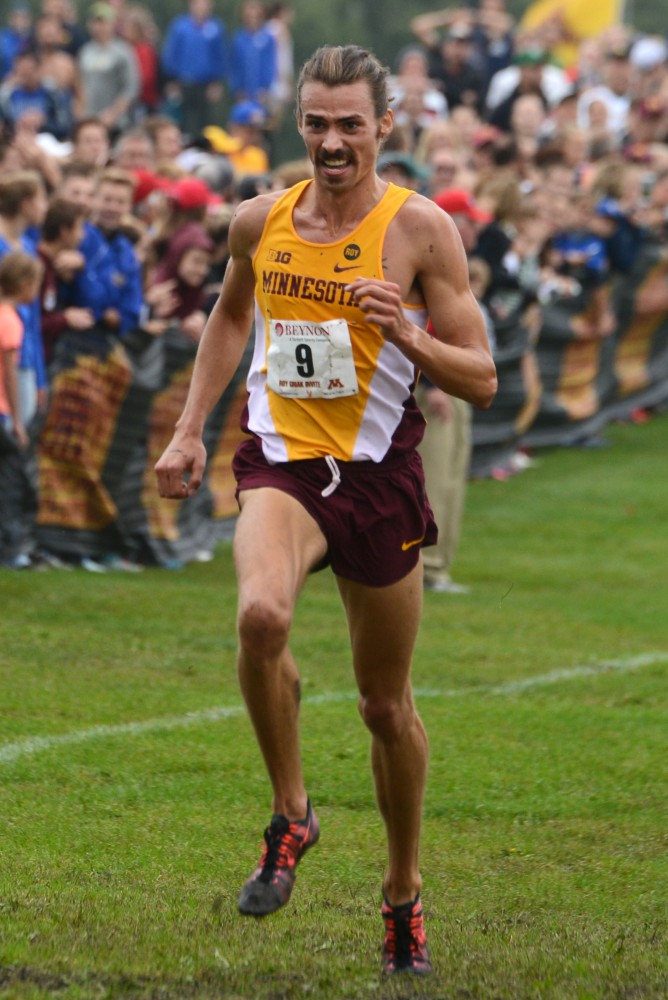 Both Minnesota cross country teams finished in ninth place and in the top half of teams that competed in the 31st annual Roy Griak Invitational at the University of Minnesota’s Les Bolstad Golf Course.

The No. 25 Gophers women’s cross country team competed in the Jack Johnson Women’s Gold Division I 5K race against 34 other teams and came out with 262 points to put them in ninth place overall.

The team had three runners place in the top 50.

“It was good. I think we aren’t necessarily over the moon about it,” said head coach Sarah Hopkins. “The team goal was to be top five, so we fell a little bit short of that. It wasn’t our best day, but we kept it in range of being a good solid day.”

“I was super happy with how I placed,” said Bethany Hasz. “It’s nice to have a huge meet out of the way. I’m really looking forward to the rest of the season.”

True freshman Bethany Hasz, and newcomer to the Griak Invitational, had an impressive finish on the home course, Hopkins said.

“It’s the first time Bethany has been our number one kid all year, and she had a great day today,” she said. “She just kept plugging away and really just fought the whole way through.”

The Gophers men’s cross country team competed against 30 teams in the Merrill Fischbein Men’s Gold Division I 8k race and finished with 259 pointswhich earned them the ninth place spot.

“This was about as competitive of a field as we’ve seen for this race,” said head coach Steve Plasencia Saturday. “To be in the top six like Matt [Welch] and Obsa [Ali] were, you have to be doing something right.”

Welch led the men’s team with a second place time of 25:07.7. Ali and redshirt junior Charlie Lawrence rounded out the top three for the Gophers, placing sixth and 73rd respectively.

The men’s team has a break in its schedule while the women’s team will split up to run in the Notre Dame Invitational in South Bend, Indiana and the Blugold Invite in Eau Claire, Wisconsin on Friday.

“We have to make sure we hold in on what works for each individual and make sure that by the time we hit [the Big Ten], we have a really solid idea of how each person needs to run on our course,” Hopkins said. “We’re in a really good spot to go forward.”The invitational was a good test for both teams, as the Big Ten Championships will be held at the Les Bolstad Golf Course as well.