Off frustrating loss, Gophers are looking to turn the page

Minnesota will face Indiana on Monday in one of its toughest games yet. 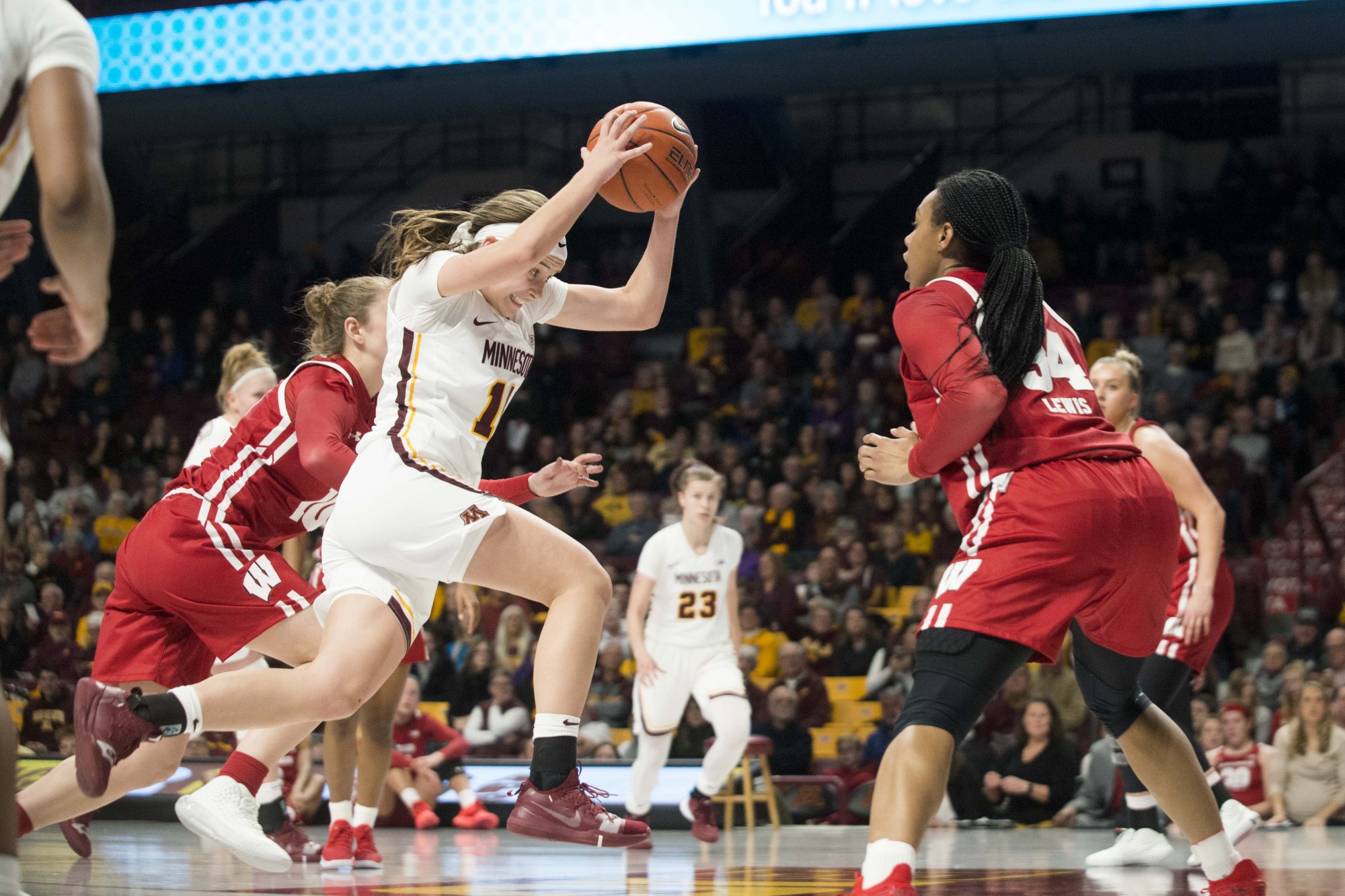 Guard Sara Scalia drives towards the hoop at Williams Arena on Wednesday, Jan. 22. The Gophers were defeated by Wisconsin 72-62.

Heading into the 2019-20 women’s basketball season, head coach Lindsay Whalen and the rest of the Minnesota Gophers had higher hopes and expectations for the Big Ten portion of the schedule.

With a tougher schedule this season, the Gophers were able to finish 11-1, beating Notre Dame on the road and Arizona State who is now ranked No. 19 in the country. Their only loss came in the season opener against Missouri State, who currently ranks No. 24.

But the challenges the Gophers faced earlier this season have not translated to better results in the Big Ten. In fact, Minnesota is in danger of repeating last season’s struggles and could fall to 2-7 again halfway through the Big Ten schedule. The Gophers play No. 20 Indiana on Monday night in Bloomington, Indiana in what might be their toughest game yet.

Minnesota is coming off a frustrating loss at home against Wisconsin Wednesday night, a game the Gophers slowed down offensively in the third quarter and allowed a season-high 54 points in the paint to the Badgers. When asked how the team will get past the frustration that comes with losing, redshirt junior guard Gadiva Hubbard had a fairly simple message.

“Just shaking this game off and focusing on the next game,” Hubbard said. “We can’t dwell on this game too much or it will lead into the next game. Just taking this next day, getting it out of our heads and turning the page.”

Hubbard and freshman guard Sara Scalia will both need to shoot better from the 3-point line than they did Wednesday night against Wisconsin if the Gophers are to steal a road win against the Hoosiers. However, that task will be easier said than done, as Indiana ranks second in the Big Ten in three-point defense, holding opponents to 25.4 percent shooting from behind the arc.

Despite the frustrating start to the Big Ten season, the Gophers’ goal of making it back to the NCAA tournament after missing out last season is still in tact. ESPN’s Charlie Creme had Minnesota as one of the last four teams in the tournament as of January 20. The loss to Wisconsin should hurt their chances, but if Minnesota successfully turns the page and secures a road win against a top-25 team in Indiana,  the Gophers would certainly remain in the discussion and could build some momentum moving forward.