Thousands to protest in St. Paul after officer who shot Philando Castile found not guilty 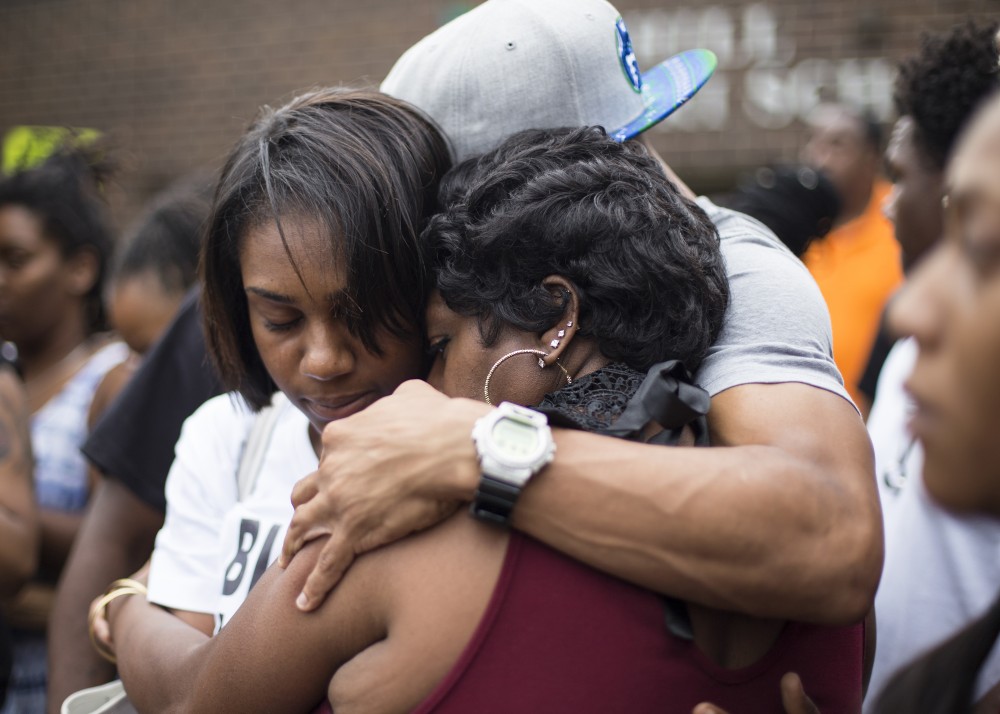 Valerie Castile, mother of Philando Castile, is embraced after speaking outside of J.J. Hill Montessori School in St. Paul on July 7. Castile was an employee of the school, where he worked as a cafeteria supervisor.

Immediate outrage followed the verdict with a protest planned for Friday night at 7 p.m. at the Minnesota Capitol by Communities United Against Police Brutality and the Twin Cities Coalition for Justice 4 Jamar.

“The community is deeply disappointed with the jury’s verdict in the trial of Jeronimo Yanez for the death of Philando Castile and endangerment of Diamond and Dae’Anna Reynolds,” a press release from the organizations said.

Yanez, 29, shot Castile, 32, last July during a routine traffic stop. Castile’s death was live-streamed on Facebook, and gained national attention after a string of other high profile police shootings of black men.

Ramsey County charged Yanez with one count of second degree manslaughter and two counts of recklessly discharging a firearm.

Yanez was fired by St. Anthony police, the City of St. Anthony said in a statement Friday afternoon.

“The public will be best served if Officer Yanez is no longer a police officer in our city,” the statement said.

In a statement, Gov. Mark Dayton said, “Mr. Castile’s death was a terrible tragedy … I believe that, working together, we can make the changes necessary to secure both safety and justice, in all of our communities, for all Minnesotans.”

This is breaking news, the Daily’s report will be updated as news develops.